Index in Focus: Russell 2000 making a strong move of its own!

While the S&P 500 and the NASDAQ 100 have been making all-time highs, the small cap Russell 2000 has been underperforming and is nearly 5% below its all-time highs. This is even after posting a 5.5% gain over the last 4 days.  Why is RUT underperforming its stock index peers?  Smaller companies are more sensitive to higher interest rates and higher inflation.  With the expectation of tapering to begin “sooner than later”, companies in large cap indices are better positioned to produce strong earnings even though inflation is rising.

The NASDAQ 100/Russell 2000 shows the ratio of the 2 assets.  If the line is moving higher, then the NASDAQ 100 is performing better.  If the ratio is decreasing, then the Russell 2000 is performing better.  Below we can see that from early September 2020 until mid-March the ratio was moving lower, as investors were concerned that the economy would reopen and the “stay at home” NASDAQ 100 stocks would underperform the mom and pop Russell 2000 “go out” stocks, particularly in hospitality and leisure.  In mid-March, when Fed Chairman Powell said that “substantial further progress” would be needed before the Fed would begin tapering, investors got nervous as inflation and inflation expectation were on the rise (not believing Powell, who said inflation will be “transitory”).  Therefore, the NASDAQ 100 began to outperform the Russell 2000. 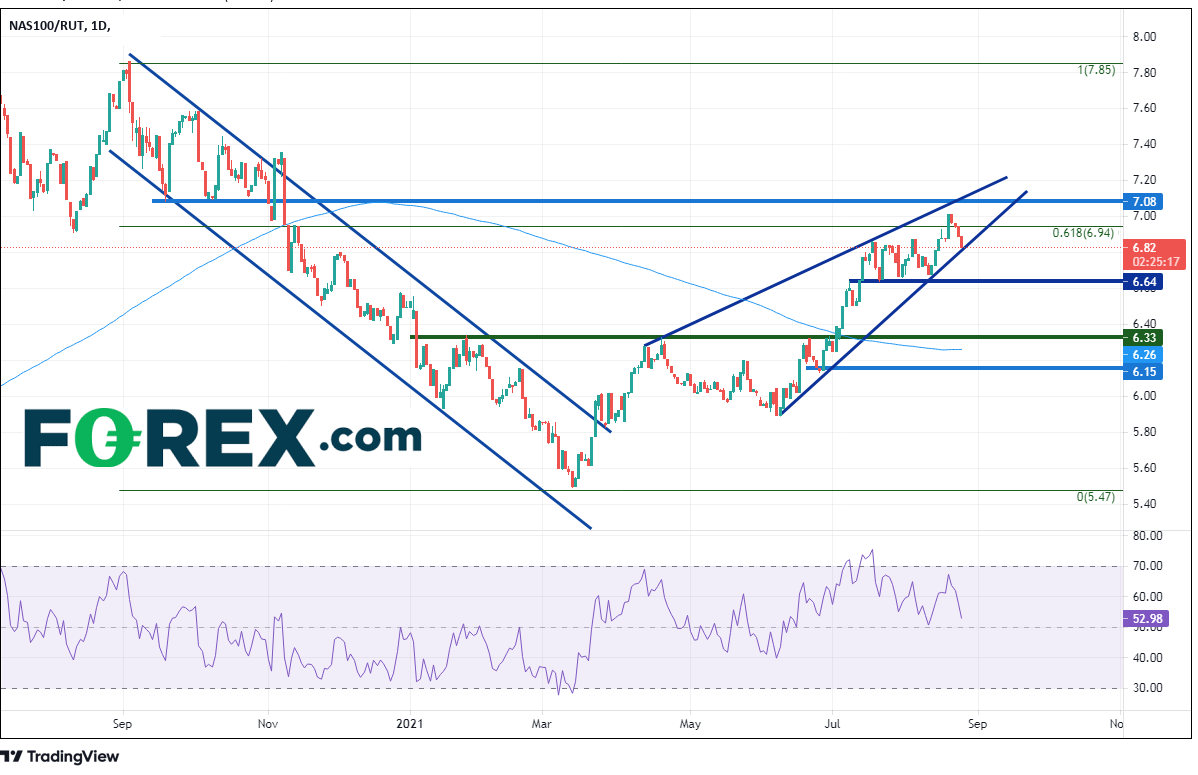 Since the reversal in March, the ratio has been forming an ascending wedge.  Last week, the ratio moved above the 61.8% Fibonacci retracement from the September 2nd highs to the March 12th lows at 6.94.  Horizontal resistance sits just above at 7.08.  However, since then the ratio has turned lower and it is threatening to take out the bottom trendline of the ascending wedge, near 6.08.  If the ratio moves below the trendline, it has room to move to the downside.  First support is at 6.64, with room to move to 6.33. 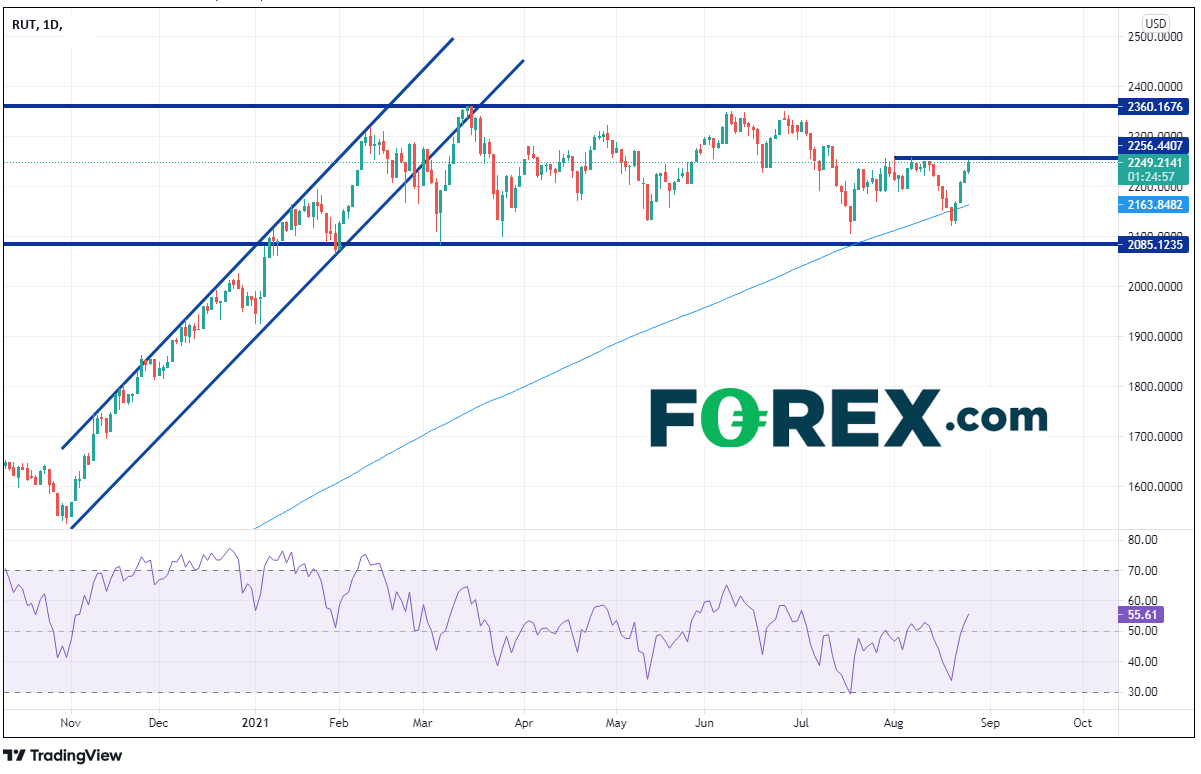 The Russell 2000 has had strong gains over the last 4 days.  This may very well be positioning ahead of Fed Chairman Powell’s speech on Friday at the  Jackson Hole Symposium.  With the NASDAQ 100/ Russell 2000 turning lower and threatening to break below the ascending wedge, the index may be at the start of a new trend!