Index in Focus: S&P 500 Index pulls back from highs. But will it continue?

Despite all the bad news, we’ve seen similar price action before

On Monday, the S&P 500 had a large selloff, only to recover and close positive on the day.  On Tuesday, the large cap stock index had similar price action, however despite a late pump by Fed’s Kashkari, it couldn’t recover and closed in the red.  And why shouldn’t it be moving lower?  On Monday, we had poor China data and a geopolitical nightmare in Afghanistan.  Tuesday there were increased lockdowns in Japan, Australia, Hong Kong, and even a State of Emergency in Palm Beach, Florida, as well as weaker US data.  There are continued tensions rising with China over Taiwan, and by the way, the Chinese government was given a seat on boards of Byte Dance, owner of TikTok, and Weibo.

However, despite all the bad news, we’ve seen similar price action before.  The S&P 500 has been in a long-term uptrend since the March 2020 pandemic lows.  In September and October 2020, price began forming a rising wedge.  However, each time the bottom trendline of the wedge was tested, the index was bought, and price moved back inside the wedge. Tuesday was no different.  Price broke below the bottom trendline near 4440 and closed just above it.  Notice that volume has been declining, as price has been moving higher, since May.  The RSI has been moving lower as well. 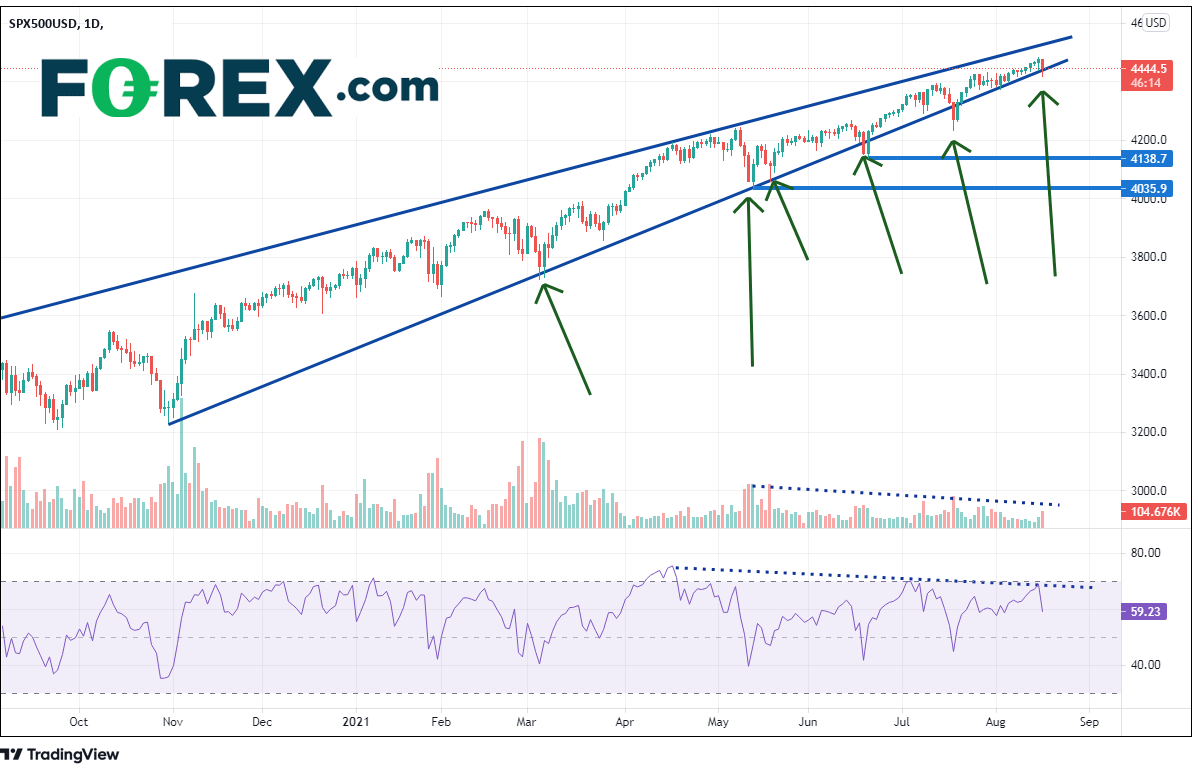 With all the negative data thus far this week, the S&P 500 has sold off Monday and Tuesday shortly after the opening. However, it bounced towards the end of each day and is trading back in the long-term ascending wedge. 4374 is a key level for the index and a drop below may trigger stops!