Inditex, the Spanish clothing company, announced that it swung to a 1Q net loss of 409 million euros from a net profit of 734 million euros in the prior-year period.

Inditex, the Spanish clothing company, announced that it swung to a 1Q net loss of 409 million euros from a net profit of 734 million euros in the prior-year period and EBIT loss amounted to 508 million euros, compared with an EBIT of 980 million euros previously.

From a technical perspective, the bullish momentum is fading as a rising wedge pattern (reversal pattern) is taking shape (not yet validated). The 20-week simple moving average is still heading downward. 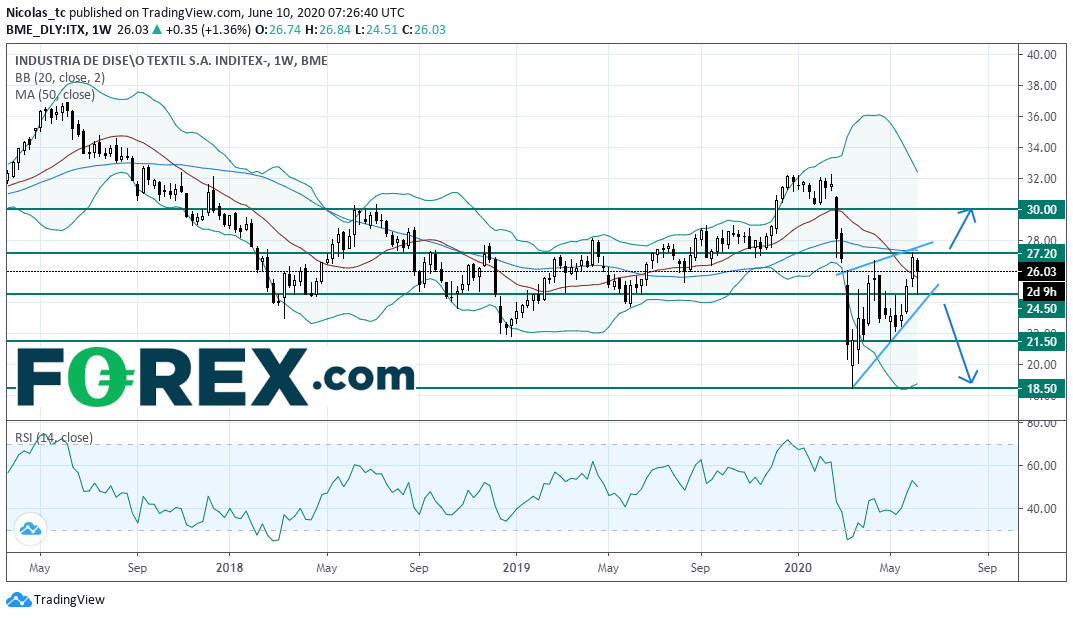