Interesting technical setup in the USD/CAD

Looking at the USD/CAD, an interesting technical setup is taking place on a 30-minute chart.

Interesting technical setup in the USDCAD

The US Dollar was bullish against most of its major pairs on Friday with the exception of the NZD, AUD and CAD.

On the economic data front, the University of Michigan's Consumer Sentiment Index rose to 78.9 on month in the June preliminary reading (75.0 expected), from 72.3 in the May final reading.

Looking at the USD/CAD, an interesting technical setup is taking place on a 30-minute chart. The pair rebounded from a bearish trend channel and is now forming a symmetrical triangle continuation pattern. A break to the upside of the triangle pattern will have bullish implications. Wait for confirmation in either direction before taking action on this setup. A break below 1.3525 support would have bearish implications. 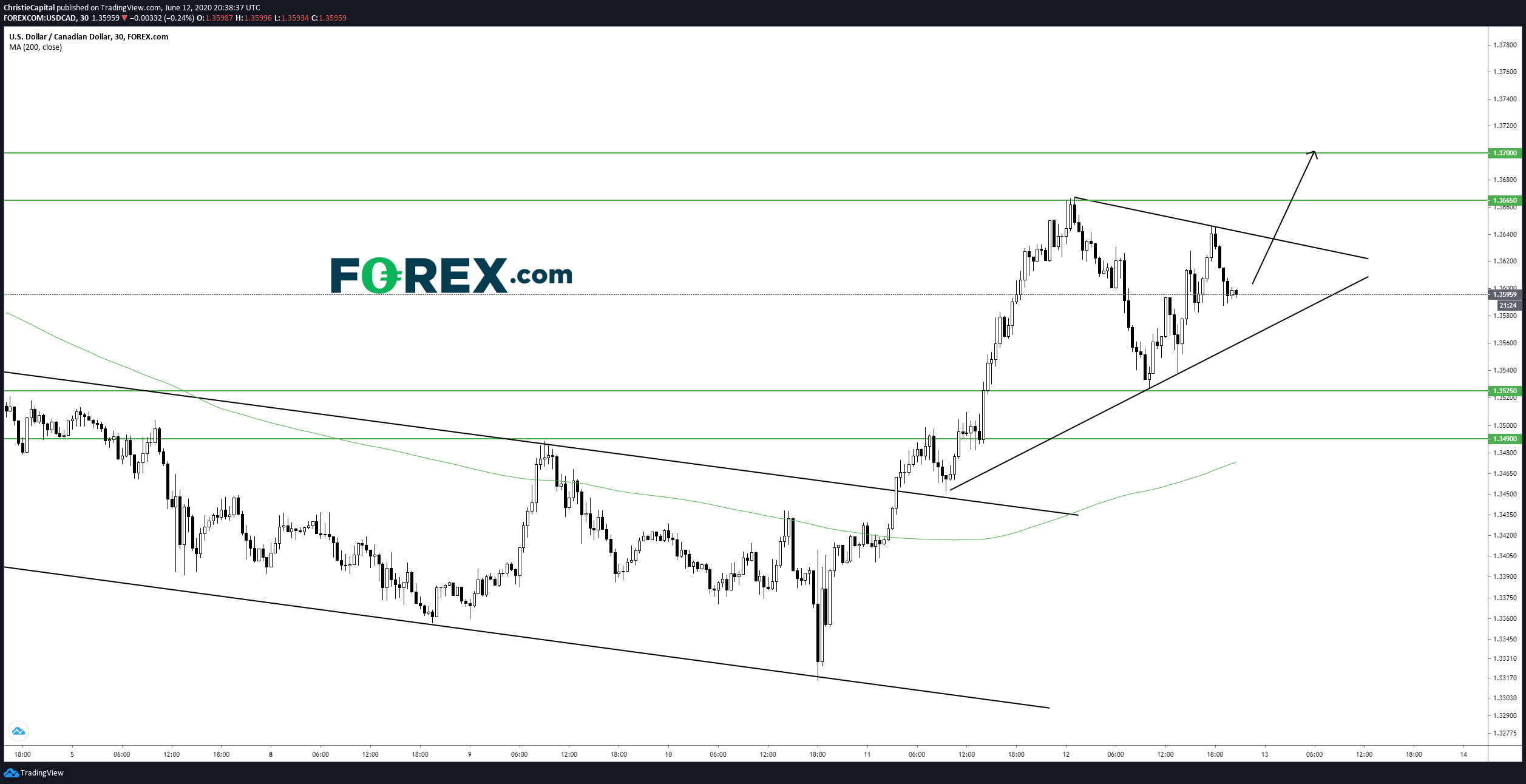