Last month, Intuitive Surgical reported that 2Q EPS slumped 79% on year to $0.57 on revenue of $852 million, down 23%. The company said the reduction of earnings as its surgery device was used less during the pandemic and decreased shipments of the machines.

Even the 2Q income sharply dropped, the stock prices are able to keep at this high level. It would suggest that investors would expect the continuation of rapid growth when the economic environment is back to normal.

From a technical point of view, the stock is trading within the flag pattern after rising to the record high level at $704. The relative strength index stays around the 60s, suggesting that the upward momentum remains. Investors should focus on the breakout signal of the flag pattern for another up move. 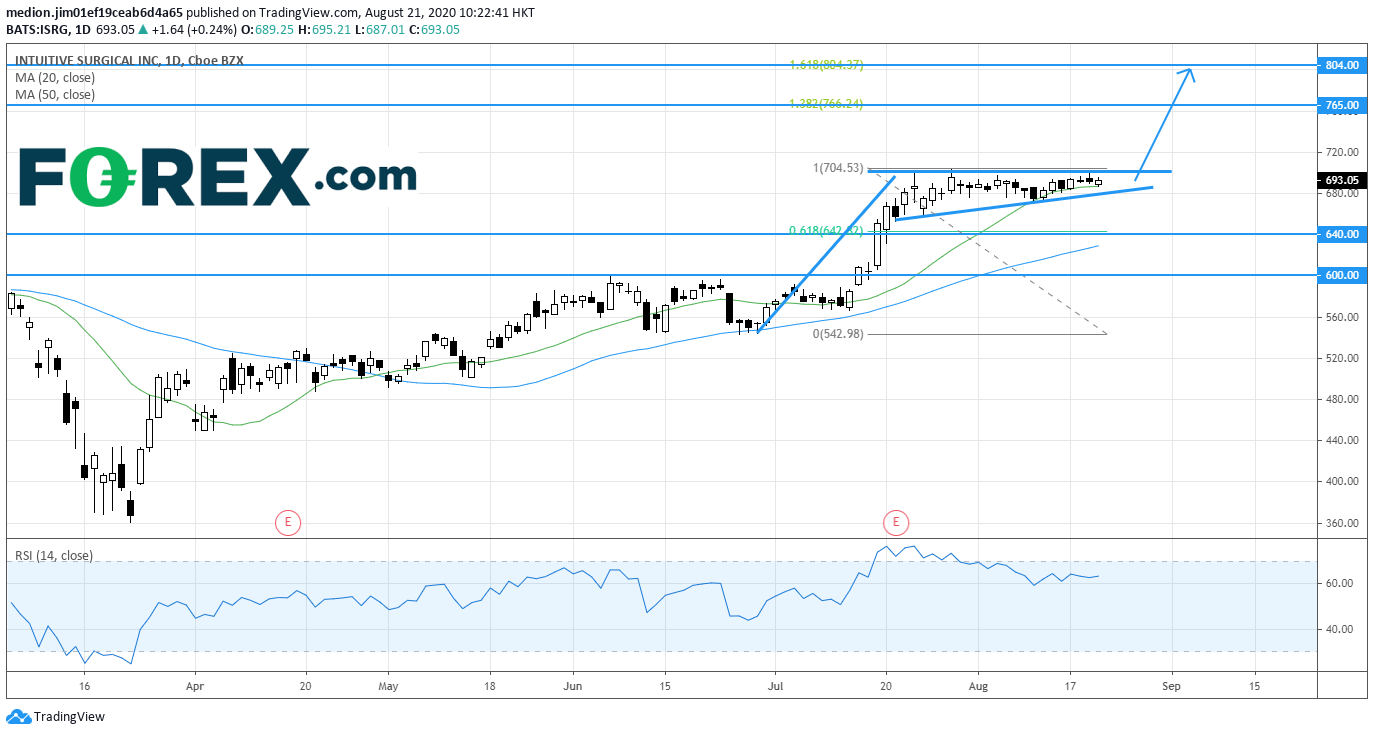