Is market volatility down to stay or just in a temporary lull?

As equity markets continued to rally sharply on Tuesday on the back of a strong start to corporate earnings season and decreased concerns over geopolitical risk, market fear as measured by the VIX volatility index continued to march lower.

As equity markets continued to rally sharply on Tuesday on the back of a strong start to corporate earnings season and decreased concerns over geopolitical risk, market fear as measured by the VIX volatility index continued to march lower. Since the sharp but short-lived stock correction in early February, during which the VIX recorded its largest one-day rise in its history at 116%, market volatility has declined sharply but has still remained in fluctuation around historically higher levels.

In the past 2-3 months, concerns over rising inflation and interest rates, increased political instability in the White House, President Trump’s protectionist trade policies, the specter of a trade war between the US and China, and rising geopolitical tensions over the Middle East, have all contributed at overlapping times to increased volatility in equity markets and an elevated VIX.

While none of the concern factors noted above have gone away – in fact, some can easily be re-triggered and exacerbated at any moment – markets have recently appeared to become more desensitized to the heightened perception of risk that has prevailed in the last few months. Even last week’s surprise attack on Syrian chemical weapons facilities by the US, UK, and France, which may still result in more intensified conflict between the US and Russia, led to only stronger markets and lowered volatility.

The last several trading days from mid-week last week have seen stock markets rise out of a choppy consolidation while the VIX fear gauge has continued to gap lower and decline to more normal levels, currently just above 15. It should be noted, however, that a similar volatility decline occurred in early March, but was quickly followed by yet another surge in the VIX as market fear returned. Therefore, the question remains as to whether the VIX’s current drop may just be a temporary lull or if it can be seen as a bonafide return to the business-as-usual market environment that prevailed throughout most of last year.

If previous volatility spikes are any indication, most notably the latest major one that began in August of 2015, a return to prior low levels of volatility can often take 2-3 months, but may sometimes take longer. The current VIX elevation is nearing two-and-a-half months old. While this is not to say that markets are fully back to “normal” or that 2017’s exceptionally low levels of volatility will return this year, the reliably mean-reverting tendency of volatility and the VIX suggests that calmer, less violently reactive markets may prevail, at least for the foreseeable future. 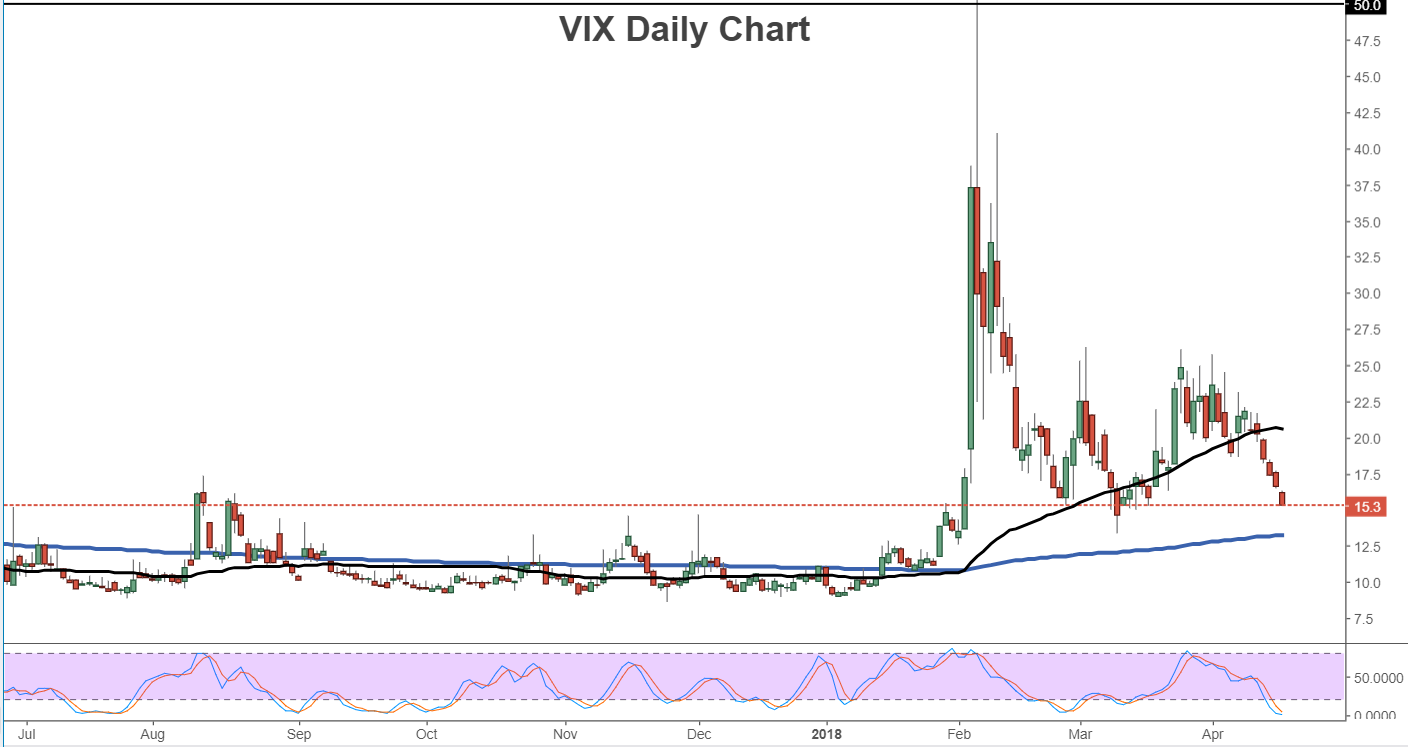