Italy seeks to bring Draghi out of retirement, but it can’t help the Euro

Remember Mario Draghi,  the former ECB President who proclaimed to do “Whatever it Takes” to save the Euro during  the 2012 debt crisis?  He’s back!  After former Italian PM Renzi withdrew his party from current PM Conte’s coalition, Conte was unable to form a new government.  Enter “Super Mario”.  Italian President Sergio Marrarella put in the call to Draghi and requested that HE be the one to form a government.  The good news, however, doesn’t seem to be enough to help the falling Euro after a recent string of weak data, continued lockdowns and restrictions from the coronavirus,  and a recent signal from the ECB that the markets were not pricing in a possible rate cut.

Earlier in the week we discussed how EUR/USD and DXY were at key levels.  The EUR/USD was nearing 1.2050.  It broke, and the pair is now at another important level, the psychological support level of 1.2000.  However, after breaking lower out of an ascending wedge on January 6th, the pair has formed a descending wedge and is holding to lower support level at 1.2000.  The more important level to watch though may be 1.1975, which is the 50% Fibonacci retracement level from the lows of November 4th, 2020 to the highs on January 7th.   Bulls will be looking to buy at this level as weak stops get taken out under 1.2000. The previous support level at 1.2050 now acts as resistance.  In addition, the upper downward sloping trendline from the descending wedge also crosses near that level.   Bears will be looking to push lower to horizontal support near 1.1850 before completing the target level of the ascending wedge near 1.1600. 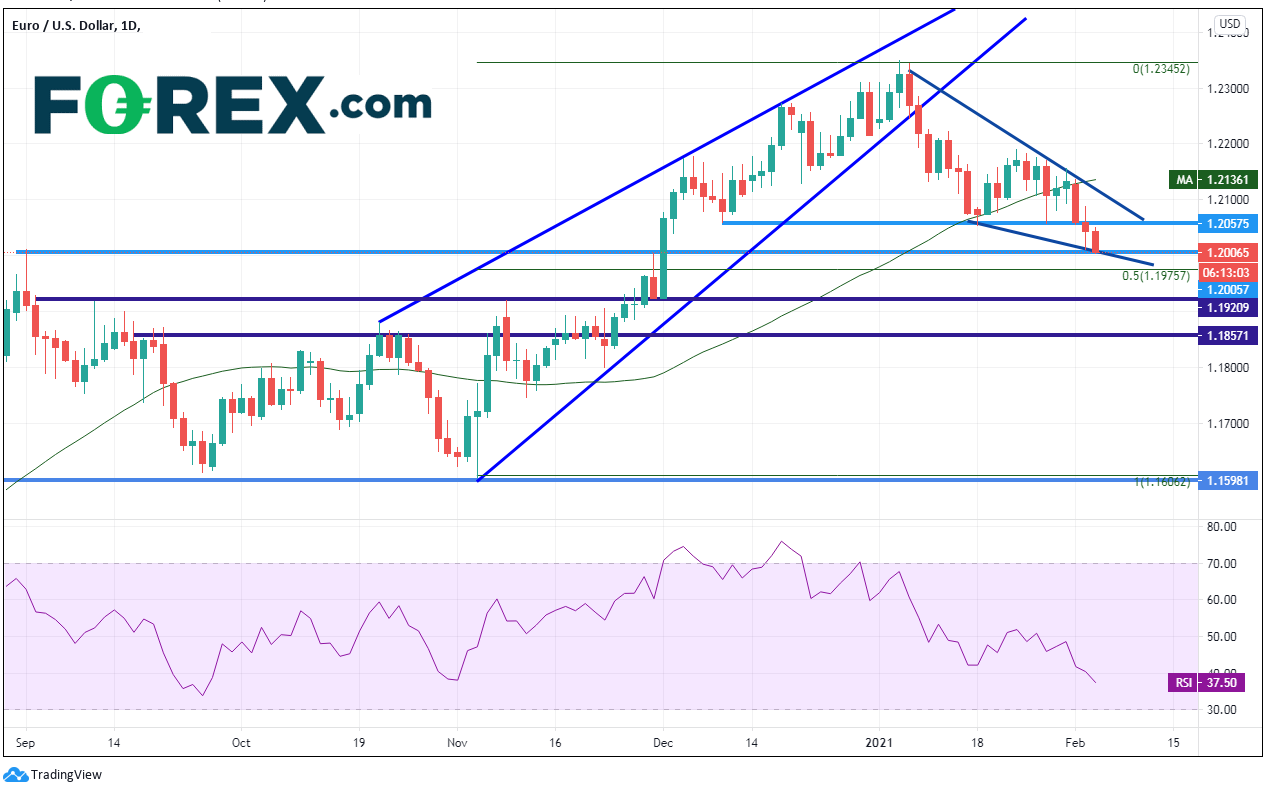 EUR/GBP is also continuing to move lower below recent horizontal support at 0.8863.  There is a support zone just below current price (0.8800) between 0.8671 and 0.8800.  Although the Euro remains weak, this area is likely to hold ahead of tomorrow’s BOE meeting as markets position themselves and trading volume dies down. On a 240-minute timeframe, price is forming a descending wedge of its own, with the bottom trendline crossing near 0.8793.  Resistance is at today’s highs and the top downward sloping trendline of the wedge near 0.8823.  If price does move higher out of the descending wedge, the target is a 100% retracement of the wedge, or near 0.8936.  However, price would first need to pass though horizontal resistance at 0.8868 to get there. 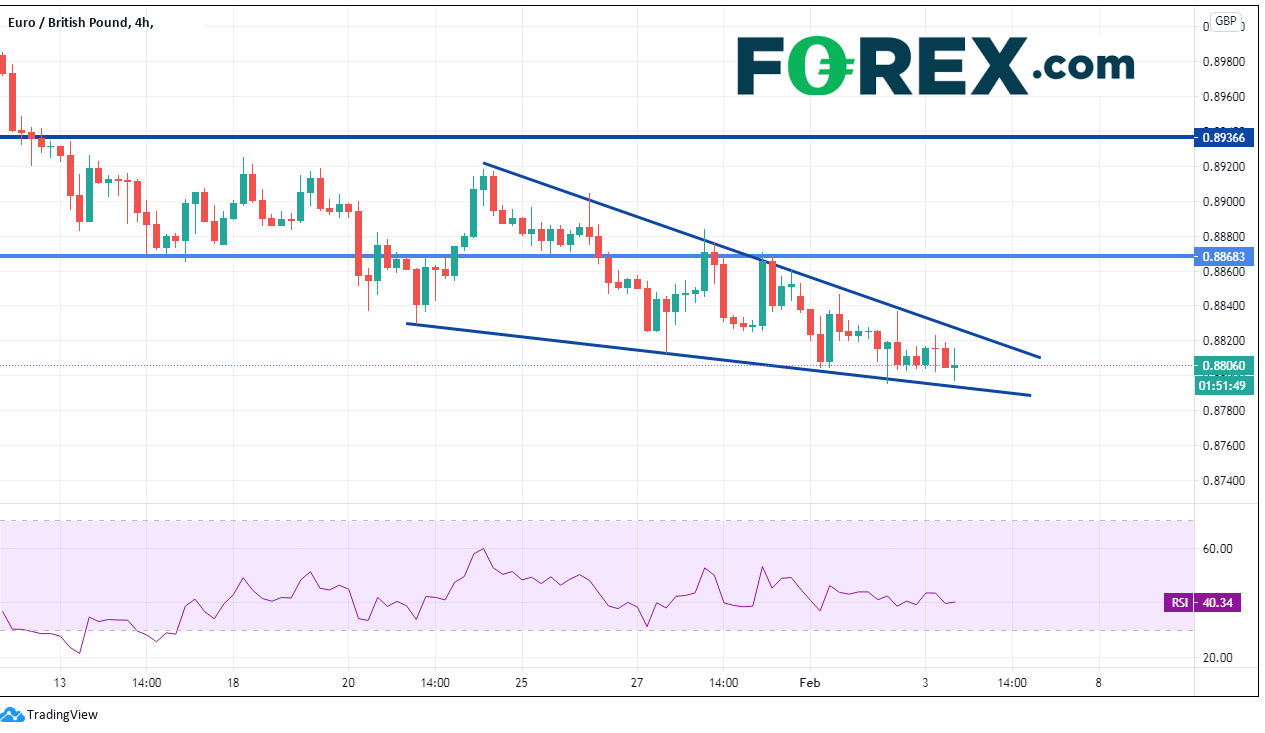 Although for ECB President Mario Draghi may be back in the European picture, it has not helped lift the Euro.   Although traders may be looking at this as a good sign for Italy, in the wake of poor data and continued coronavirus cases, it doesn’t seem to be enough to help lift the Euro at the moment.