Overnight, Japan’s Liberal Democratic Party (LDP) voted former foreign minister Fumio Kishida as its new leader, and Kishida is now expected to be sworn in as Prime Minister next week. As my colleague Tony Sycamore noted in his article during today’s Asian session, “Kishida is a moderate, and … he is viewed as the safest choice by party members.”

Reuters describes Kishida as a “soft-spoken consensus-builder…with a bland image,” but he clearly enjoys the support of establishment LDP politicians and may be seen by the populace as an upgrade over former PM Yoshihide Suga, who only lasted a year in office. In his first news conference, Kishida focused on wealth inequality, noting that the country “can't achieve strong growth if wealth is concentrated in the hands of a small group of people.” Accordingly, Kishida proposed a ¥30T ($270B USD) spending package, signaling that he supports continued expansionary fiscal policy to stimulate economic growth in the island nation.

FX traders seem cautiously optimistic on Kishida’s potential impact on the yen, which is the second-strongest major currency so far today, behind only the US dollar (for more on the move in the greenback, see my colleague Joe Perry’s note from earlier this morning!). USD/JPY is therefore edging higher on the day, but we wanted to key in GBP/JPY, which is approaching a key support level as we go to press.

With sterling continuing to struggle amidst the ongoing energy shortage, GBP/JPY is approaching the bottom of its three-month range, and its lowest level in seven months near 149.00; with the rising 200-day EMA coming in around 149.30, this support level will be absolutely crucial. 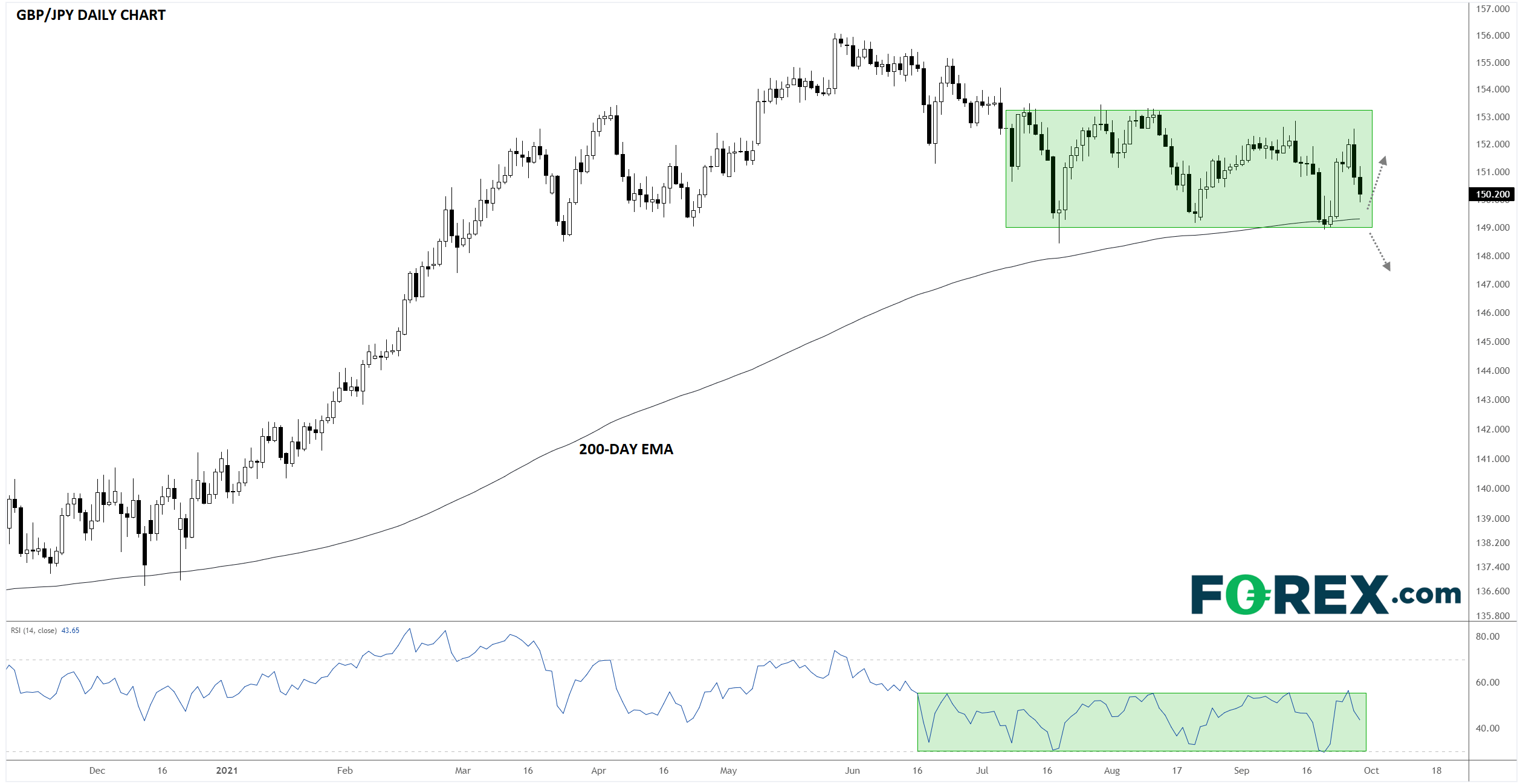 Given how quickly the pair rallied from 140.00 to 150.00 in Q1 (leaving few notable areas of support or resistance), a confirmed break below 1.4900 would open the door for a continuation down into the mid-140s in short order. Of course, if bulls are able to defend that support level, GBP/JPY could bounce back toward the top of the range around 153.00 as we move through October as well.

With another Japanese election scheduled for November, yen traders will undoubtedly want to familiarize themselves with how the island nation’s political winds are blowing moving forward!