LVMH likely to bounce off a key support at 384

LVMH, the world leader in luxury goods, recorded an 84% drop in net profit in the first half of the year to 522 million euros, on revenue down by 27% to 18.39 billion euros. In the second quarter alone, sales fell by 38% on an organic basis. The Group reported that the profitability of the Louis Vuitton, Christian Dior and Moët Hennessy brands remained at a high level. The group expects a gradual recovery in activity in the second half of the year, but has not provided any quantified forecasts.

From a chartist point of view, the stock price opened on Tuesday with a bearish gap, just above a key support area at 384. This level is a tentative bullish channel support, 61.8% retracement of June – July up leg , the 50-day moving average and a long-term congestion area. As a consequence, above 384 a rebound can be expected and traders may consider long positions above 384 with July (419) and 2020 tops (436) in sight. Alternatively, a downside breakout of 384 would trigger a bearish acceleration towards the March to May key resistance at 360 now acting as a support. 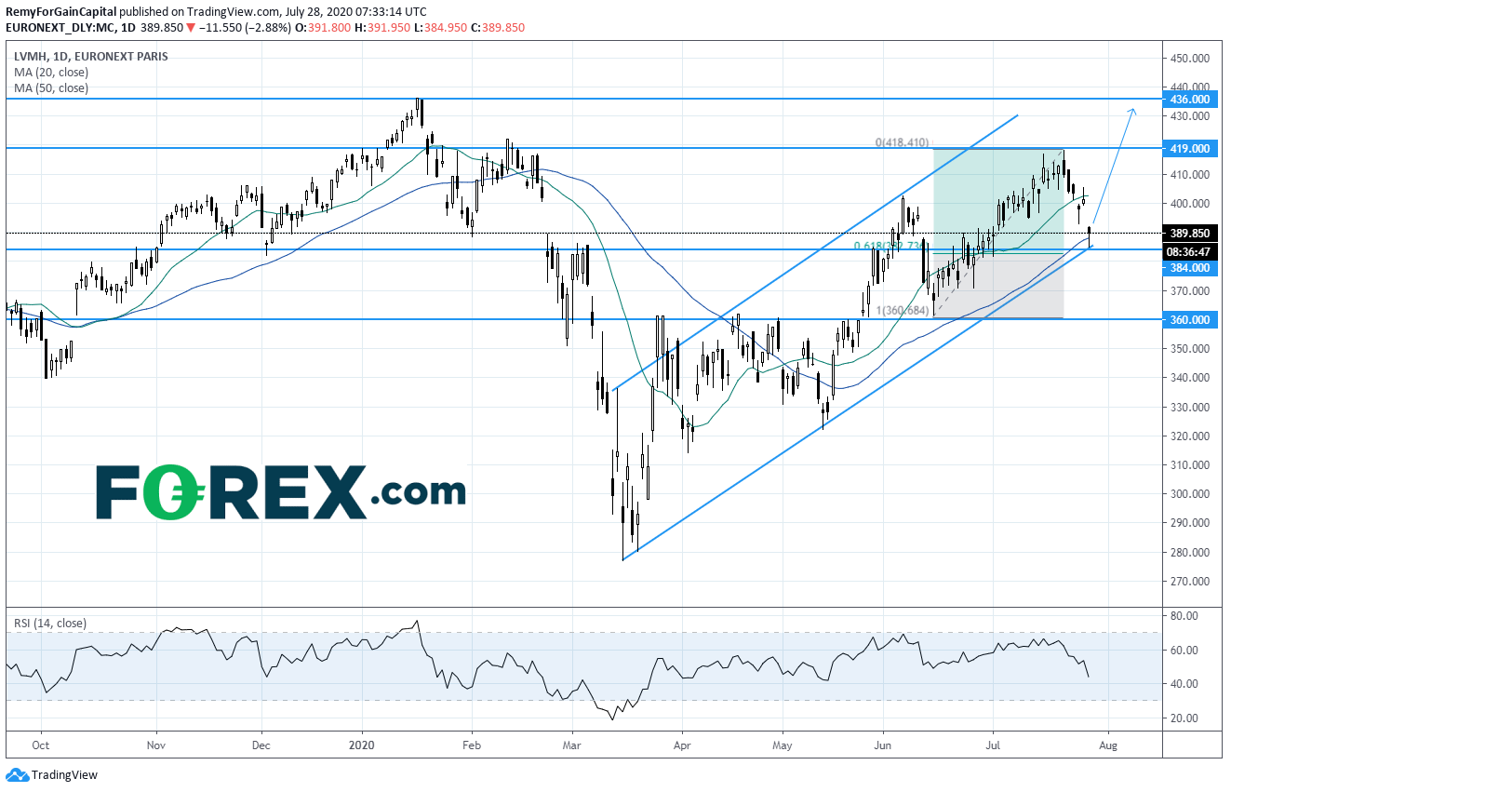