The US employment situation, along with the probability of a Fed rate hike in September, took a downturn on Friday when non-farm payrolls (NFP) data released by the US Labor Department showed that a relatively disappointing 151,000 jobs were added in August against previous consensus expectations of around 180,000. This substantial miss in employment data follows two stellar months of much better-than-expected readings, and significantly trails the average monthly gain of 204,000 jobs over the prior 12 months. Friday’s data continues a trend of the past five years in which August jobs data has disappointed expectations each and every year.

The US employment situation, along with the probability of a Fed rate hike in September, took a downturn on Friday when non-farm payrolls (NFP) data released by the US Labor Department showed that a relatively disappointing 151,000 jobs were added in August against previous consensus expectations of around 180,000. This substantial miss in employment data follows two stellar months of much better-than-expected readings, and significantly trails the average monthly gain of 204,000 jobs over the prior 12 months. Friday’s data continues a trend of the past five years in which August jobs data has disappointed expectations each and every year.

Also disappointing were two other primary data points released concurrently – average hourly earnings and the unemployment rate for August. Perhaps of greatest concern from the Fed’s perspective was the fact that the increase in average hourly earnings was down to only +0.1% against prior expectations of +0.2%, representing a substantial slowdown from last month’s +0.3%. And while the unemployment rate remained steady from the past two months at 4.9%, it was still higher than the 4.8% forecast.

Overall, while the US employment situation still remains relatively robust, the fact that Friday’s data fell significantly short of expectations across the board does not bode well for a decision by the Federal Reserve to raise interest rates at its next FOMC meeting less than three weeks from now (September 20-21). Although there will be several more major economic data points released before the meeting, Friday’s August NFP was the most prominent employment-related release directly preceding it.

In the current monetary policy environment, exceptionally strong readings in the labor market are a virtual prerequisite for any action by the ever-cautious Fed. June and July were exceptionally strong – August was most certainly not. Indeed, the market-measured probability of a September rate hike fell sharply immediately after the jobs release, with the Fed Fund futures market showing a dip in the implied probability well below 20% before recovering partially.

Also falling sharply immediately after the release was the US dollar, as might have been expected, although it quickly pared those losses and reversed course back to the upside shortly after. Both gold and US stocks surged in the immediate aftermath as bets on a September rate hike dropped and the dollar weakened. But gold soon pared its gains in a swift counter-move as the dollar recovered.

Short-term speculation aside, Friday’s jobs miss has considerably decreased the chances that the Fed will act in September, and increased the probability that there will be more “wait-and-see” rhetoric in the next FOMC statement. After Friday’s event-driven volatility tapers off, this could begin to weigh on the dollar and boost gold prices next week and in the run-up to the next Fed meeting, while continuing to help support soaring equity markets.

Within the past two weeks, USD/JPY has risen sharply from its August base around the key 100.00 psychological level. This rise has been driven both by a continued strengthening of the US dollar on the previously increased expectations of a near-term Fed rate hike, along with an extended pullback for the Japanese yen. In the process of this climb, USD/JPY has broken out above its 50-day moving average and the key 103.00 resistance level. Despite Friday’s disappointing US jobs data, USD/JPY climbed further as of Friday morning, on its way to targeting the next major upside target around the 105.50 resistance level. Because of renewed doubts over a September Fed rate hike due to the jobs miss, however, USD/JPY’s rise could well be capped, at least until the next FOMC meeting in late September. With any turn back to the downside under the 105.50 resistance level and back below the noted 103.00 level, the major downside target continues to reside at the 100.00 psychological support level for a potential continuation of the long-term USD/JPY downtrend. 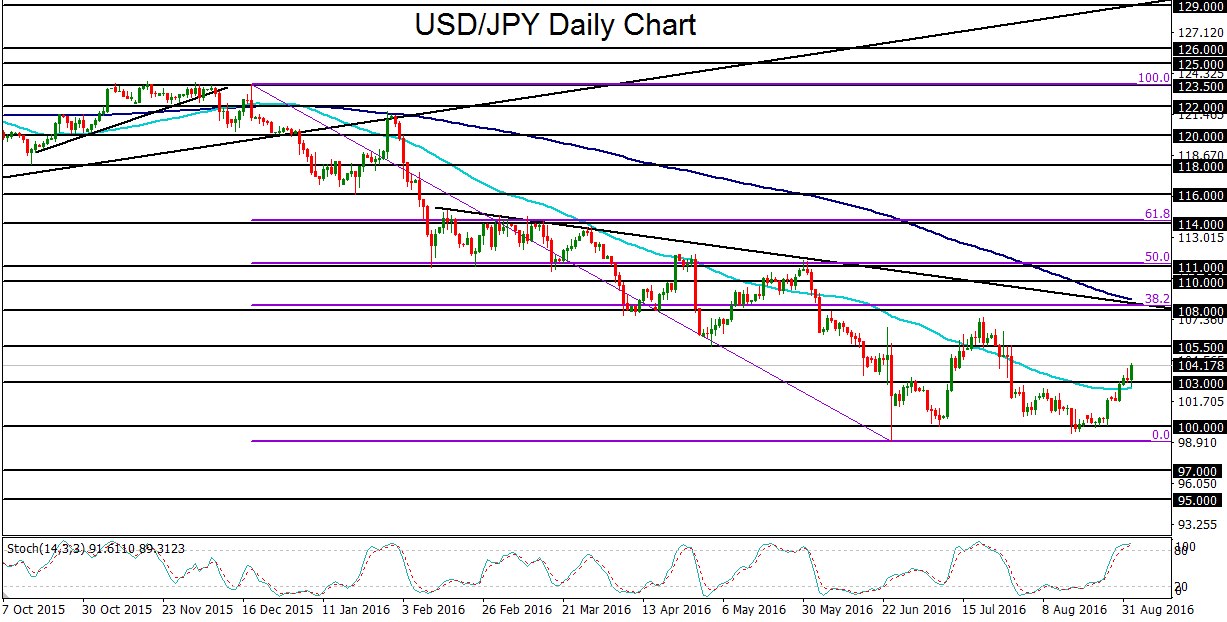 The combination of a stronger US dollar and falling oil prices in the past two weeks boosted USD/CAD to a new three-week high of 1.3145 this week from its 1.2800-area support base in mid-August. In the process of this rise, the currency pair climbed back above the key 1.3000 psychological level and reached up to hit the bottom border of a large wedge chart pattern below which price broke down in early August. On Friday, a rebound in crude oil prices prompted a turn down for USD/CAD from this chart pattern resistance. With a disappointing US jobs report on Friday, pressure on the US dollar in the run-up to the September FOMC meeting less than three weeks from now could place additional weight on USD/CAD. A weaker US dollar could also help boost crude oil prices, which could in turn lend more strength to the Canadian dollar, pressuring USD/CAD even further. With any sustained re-break below the noted 1.3000 psychological level, a further USD/CAD retreat has its next major downside target at the noted 1.2800 support level. 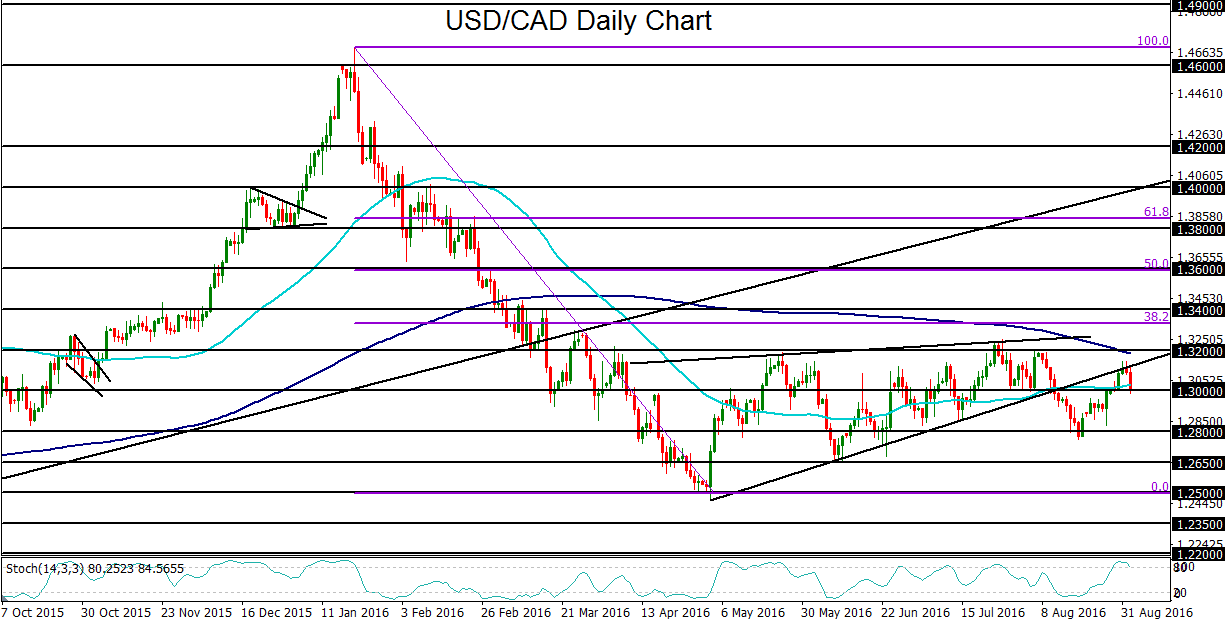