From a technical point of view, the stock broke above the declining trend line drawn from January top and the Pennant pattern on the daily chart. Those patterns suggest a bullish outlook on the chart.

The RSI has broken above the declining trend line drawn from January and is still heading upward, suggesting the upward momentum for the stock prices. 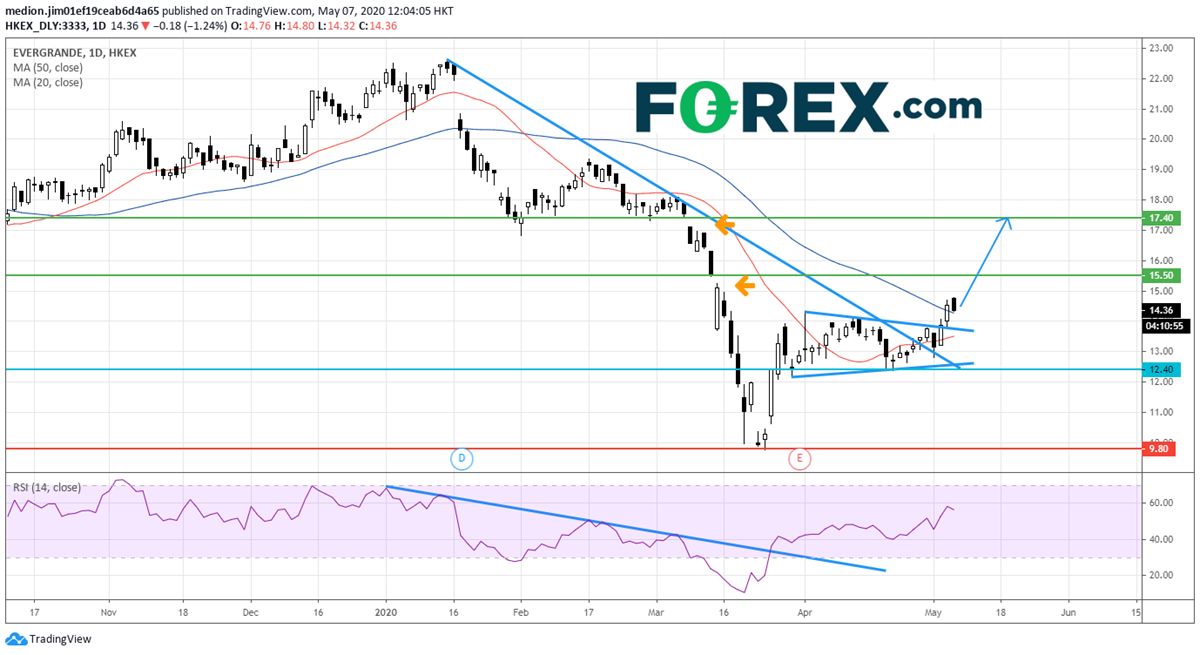