But with prices moving lower in lumber this month, the data for May could be stronger!

US Housing Starts for April were much worse than expectations, coming in at an annualized rate of 1.569M vs an expectation of 1.71M and a revised 1.733M in March.  This turns out to be -9.5% for April vs -2.8% expected after a revised 19.8% in March!   Could this be the beginning of worse than expected housing data for the month of April?  On Friday, the US will release existing home sales for April. Next Tuesday, the US will release New Home Sales and next Thursday the US will release Pending Home Sales.   Today’s data was expected to be weaker than that of March, however, it wasn’t supposed to be this poor.  Why weren’t houses being built during April?  The most obvious place to look is to the price of lumber. 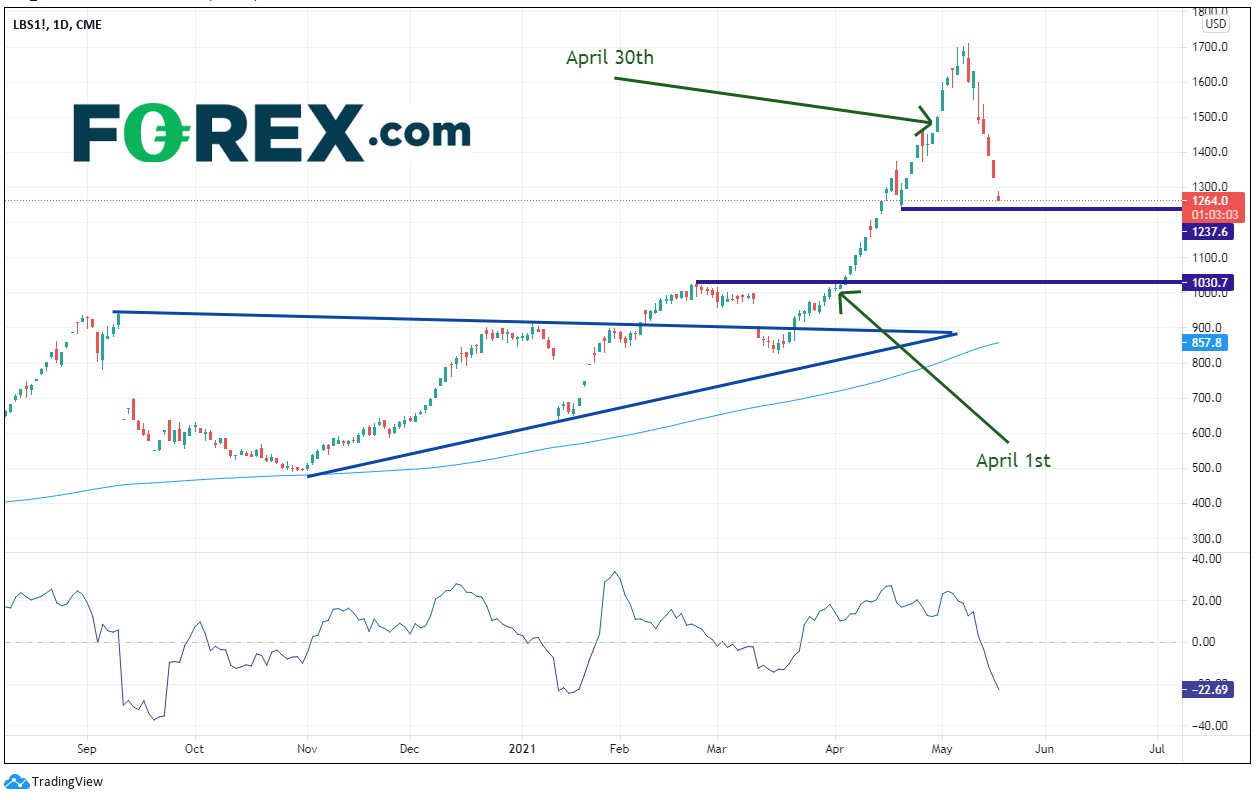 On 240-minute timeframe, notice how the RSI signaled there could be a change ahead as it diverged with price. (However, that was quite a move before price actually turned).  Price closed Tuesday just below the 50% retracement level from the March 17th lows to the May 7th highs, at 1264.  The 61.8% Fibonacci retracement below the April 21st lows is the next level of support at 1168.8.  Horizontal support beneath that is all the way down at 1030.3.  There is some horizontal resistance near 1481.5, and then just above there at the broken trendline near 1500.  After that, price can run all the way back up towards the all-time highs. 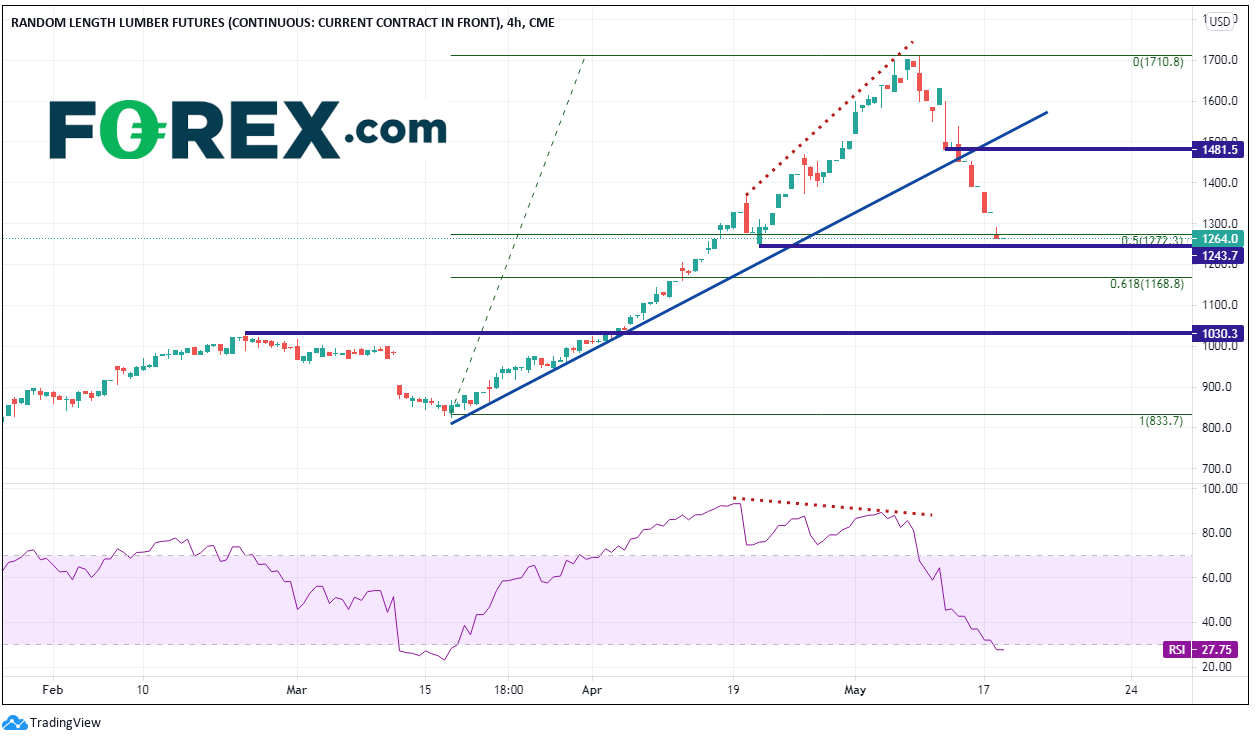 With the move higher in lumber in April, housing starts were worst than expected.  We’ll find out later in the week and next week if the higher lumber prices were passed through consumers buying new homes, and even existing homes!  But with prices moving lower in lumber this month, the data for May could be stronger!