Last month, we compared the Fed’s announcement of a solidly neutral outlook toward monetary policy to a bridesmaid upstaging the bride (the NFP report) at her own wedding. While we can’t torture the analogy any further, the Fed’s high bar to raising or lowering rates may still tamp down market volatility around this month’s NFP report.

At least this time around we have access to all four of the historically-reliable leading indicators for the NFP report:

In other words, three of the four leading indicators are pointing to a deteriorating labor market. That said, this month’s report may benefit from the 46,000 United Auto Workers returning to General Motors, a temporary factor that hurt last month’s jobs report. Weighing these factors, we believe the odds are tilted toward a slight disappointment in overall job growth, with internal models pointing toward headline job creation in the 130k-180k range, albeit with more uncertainty than usual. 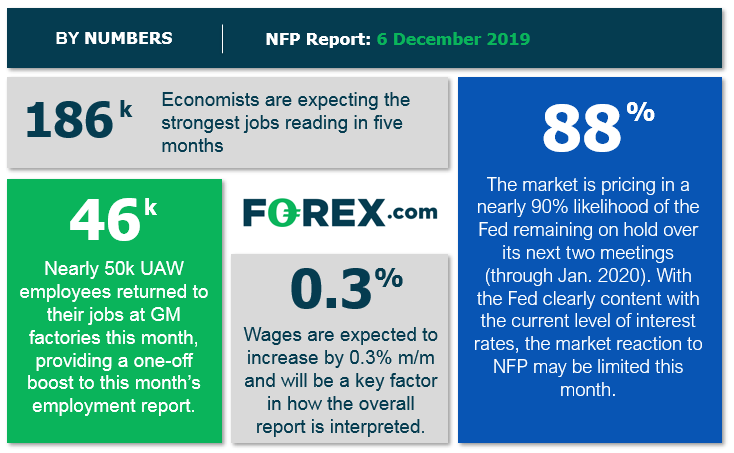 In the event the jobs and the wage data beat expectations, then we would favor looking for short-term bullish trades in USD/JPY, which remains in a near-term uptrend and is testing support in the 108.00s. But if the jobs data misses expectations, then we would favor looking for bullish trades in NZD/USD, which recently saw a major breakout to 4-month highs and may have further to run from here.