NFP recap: Whoa, big miss! What does this mean for the Fed?

With the combination of the headline print and the revision, only 120,000 jobs were added to the economy in April

US Non-Farm Payrolls were released earlier, and the employment print puts a big question mark over traders’ heads when deciding what the Fed will do next.   The headline NFP print showed that the US economy added 266,000 jobs.  That would be a good number if it was during “normal” times.  However, with the pandemic recovery underway, the market was expecting +978,000 jobs.  To make matters worse, the March print was revised down to +770,000 from +916,000.  If you combine the headline print with the revision, only 120,000 jobs were added to the economy in April vs expectations of nearly +1,000,000!  The unemployment rate rose to 6.1% vs an expectation of 5.8% and 6.0% in March.  Average hourly earnings were +0.7% vs 0.0% expected and -0.1% in March.

Does this mean that the Fed is “right”?

Fed chairman Jerome Powell has been pounding the table and speaking weekly noting that the Fed is more concerned about the labor market than inflation at this point in time.  He said that inflation is transitory and that the Fed will need to see a “string of months” of strong data prints before they considering tapering.  +770,000 was still a strong print in March, but with only 120,000 jobs added in April, will that be enough for the Fed to consider tapering any time soon?  The average hourly earnings print of 0.7% was a bright spot, as it combines both inflation and labor, however the Fed won’t rely on one data point to decide.  The good news is that the Fed doesn’t meet again until mid-June.  Therefore, with the recovery under way, the Fed will have another NFP print before they decide on whether to taper at that meeting.  New growth and inflation forecasts will also be released at that time.

The US Dollar Index has taken a beating since the release of the print.  The DXY sold off nearly 50 pips as the number was released and took out the April 29th lows below 90.43.   The Dollar Index has room to run on the downside, as the next level of support isn’t until the February 25th lows, near 89.68.  Below there, price can fall all the way to the January 6th lows near 89.21.  Horizontal resistance doesn’t cross until 90.78 and then the highs from May 5th, near 91.43. 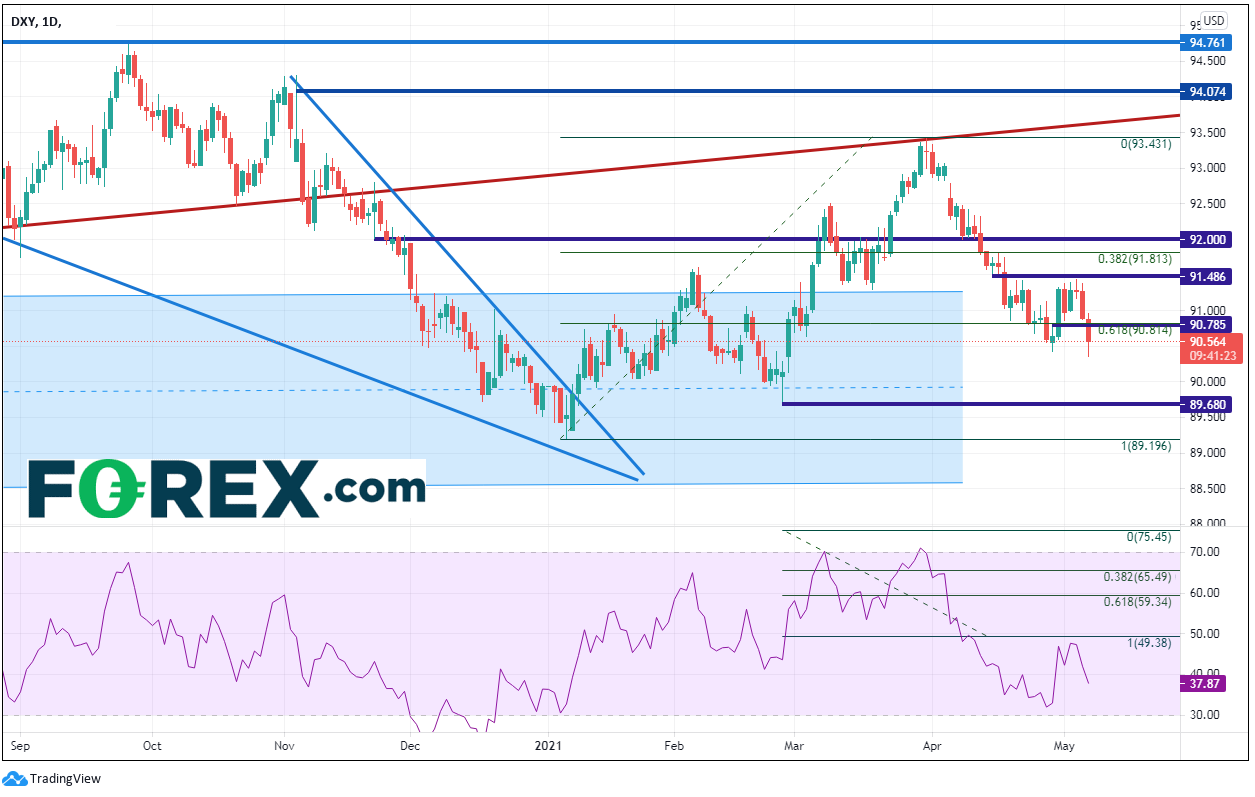 Just as violent of a move occurred in Gold (XAU/USD) immediately after the NFP release.  The pair continued yesterday’s move higher and jumped from 1818.5 to 1835 upon the release.  The precious metal met the double bottom target and the 38.2% Fibonacci retracement from the August 7th, 2020 highs to the March 30th lows near 1827.5/1833,  however held resistance at the top trendline of the shorter-term upward sloping channel from March 30th near 1843.5.  The 50% retracement level and the 61.8% Fibonacci retracement levels from the same timeframe provide the next levels of resistance at 1874.25 and 1921, respectively.  A confluence of support is at the bottom trendline of the short-term channel and the top trendline of the longer-term channel near 1788, ahead of the breakout of the double bottom at 1755.5. 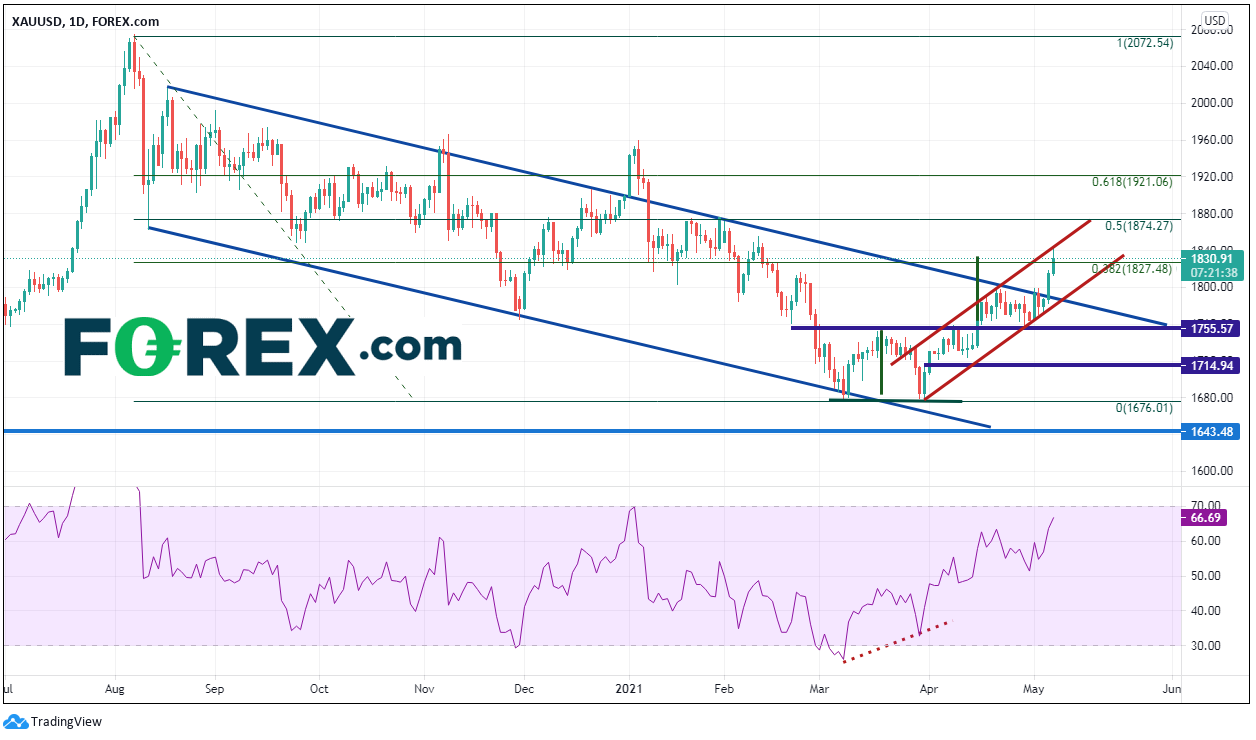 The headline print of NFP was a shock to just about everyone, considering the median estimate of economists was nearly 1 million jobs.  Many traders have been trying to speculate as to when the Fed will announce that they will begin tapering.  Today’s NFP print may have them pushing out their timeframe a few months.