Many traders are still away from their desks enjoying some much-needed rest and relaxation to close out a tumultuous year, but for those who are still trying to squeeze out profits ahead of the new year, Japan’s Nikkei 225 index is making a truly impressive move.

In yesterday’s Asian session alone, the Nikkei gained nearly 2.7%, with 31 of its 33 sectors rallying and its two largest holdings, Fast Retailing and Softbank, both tacking on 4.5%. After yesterday’s move, the index is changing hands at 27,568, its highest level in more than 30 years.

In terms of catalysts, traders across the globe have grown more optimistic for a coordinated economic recovery in 2021 on the back of dovish monetary policy, impressive vaccine news, a Brexit agreement, and a large fiscal stimulus package in the US. With the potential for US fiscal stimulus to expand further with $2000 checks to qualified citizens, the rally in global indices could well extend into Q1.

From a technical perspective, the Nikkei 225 has generally kept pace with major US indices like the S&P 500 throughout the year, but the prospects for near-term outperformance are bright in the Land of the Rising Sun. Yesterday’s rally took the index out of a “high base” or “bullish flag” pattern, signaling that the Nikkei 225 is potentially poised for further near-term gains after consolidating for more than a month below 27,000: 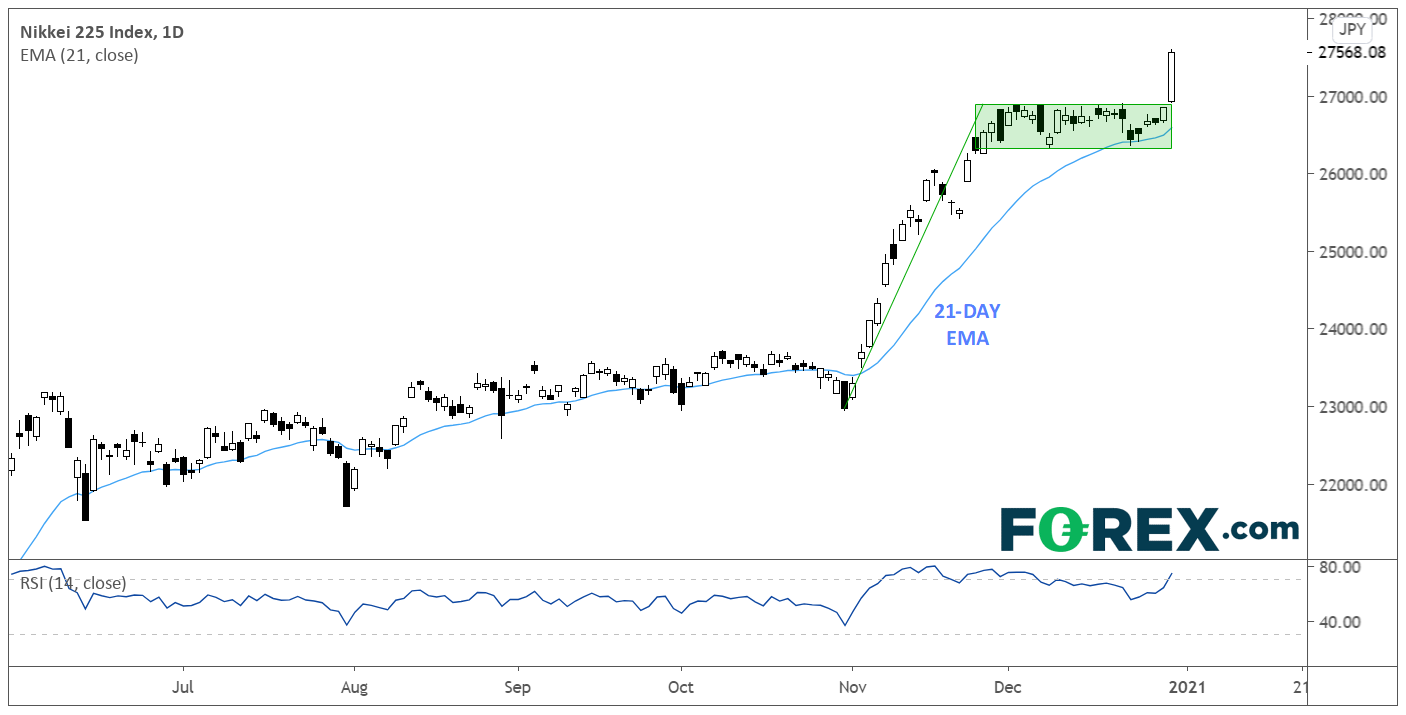 The “measured move” objective of this pattern sits above 30,000, though even if prices do reach that level, it’s unlikely that the rally will be as rapid or as smooth as we saw through November. In any event, the technical bias in the index will remain to the topside as long as prices remain above yesterday’s breakout level near 26,900.