NIO earnings preview: Can “The Tesla of China” stem the EV bloodbath?

Against that backdrop, the world’s second-largest all-EV manufacturer NIO (“The Tesla of China”) reports its Q4 earnings early next week – here’s what traders need to know ahead of the highly-anticipated release:

When are NIO earnings?

Monday, 1 March after the closing bell

NIO earnings: What to watch

Last quarter, NIO reported a smaller-than-anticipated loss on larger-than-expected vehicle deliveries, and traders will be looking for continued growth in capacity this quarter. The firm has seen increasing demand for its ES6 and ES8 models, but the key factor to watch will be an update on its EC6 model, a coupe-style electric vehicle that may be more accessible to the mass market.

In addition, traders will be keen for updates on NIO’s battery swap technology. The technology allows owners to save time on recharging and aims to alleviate “range anxiety,” one of the biggest factors limiting growth for the industry overall. The company has also been active in the much-hyped autonomous driving revolution, so any news on that front could stoke animal spirits as well. Finally, management will need to communicate a plan to control the recent sharp rise in SG&A (selling, general, and administrative) and R&D (research and development) costs to preserve NIO’s operating margins.

Turning our attention to the chart, NIO is currently trading down -33% from its 11 January record closing high, its steepest drop since the stock’s massive rally kicked off in Q2 2020. As we go to press, shares are testing the 100-day EMA and the shorter-term 21-day EMA is at risk of crossing below the 50-day EMA, signaling a potential shift to a near-term downtrend: 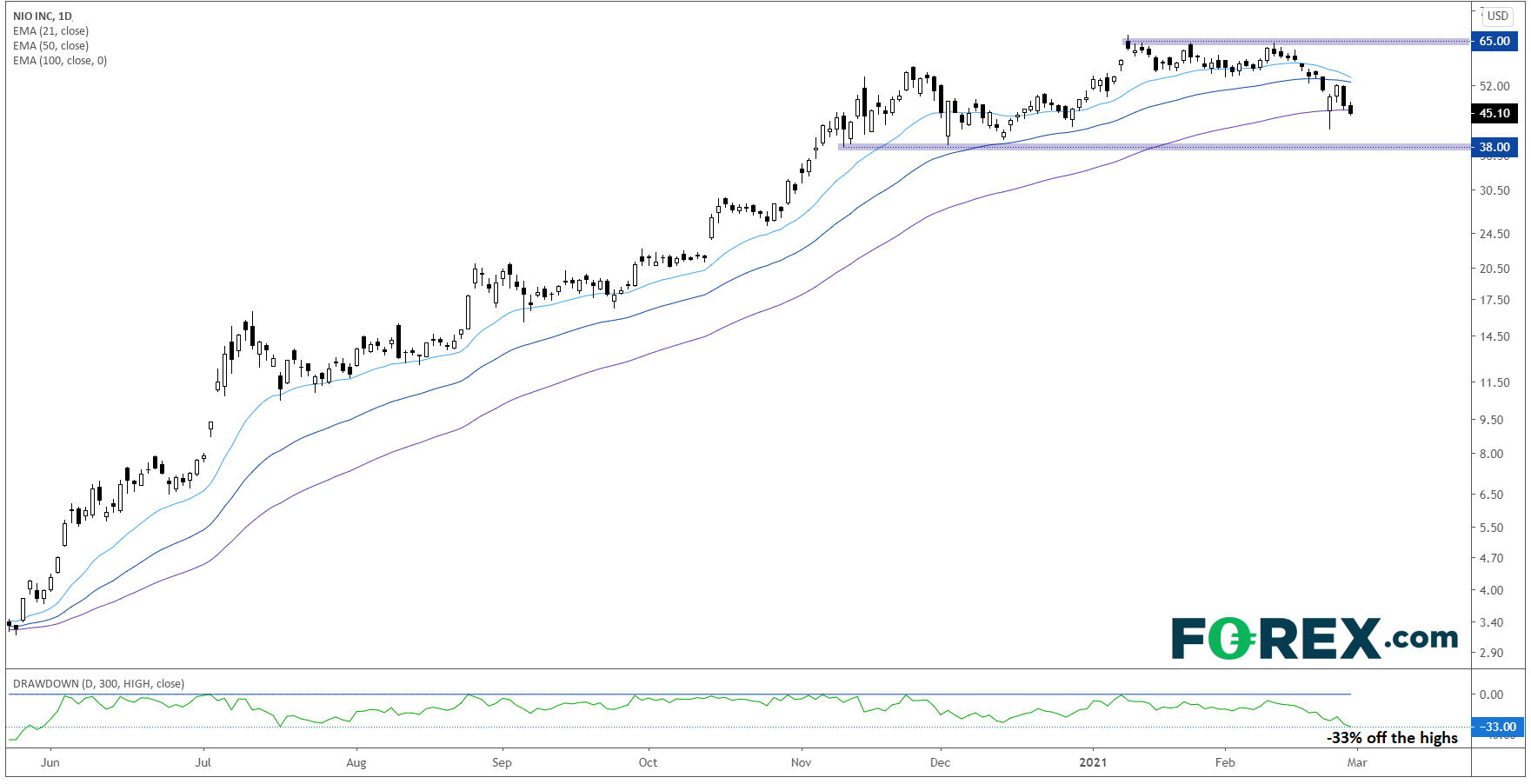 If Monday’s earnings report fails to meet expectations, NIO could definitively break below its 100-day EMA and drop to test its December low near $38. On the other hand, a blowout quarter could reinvigorate the strong bullish trend from the last year, potentially opening the door for a re-test of the all-time record high near $65.

Either way, the earnings report promises to be a major catalyst for one of 2021’s most-popular stocks!