<p>The NZD/USD could be heading significantly higher over the coming weeks. Not only have commodity prices rebounded across the board, but the RBNZ has also recently turned neutral while the US dollar is refusing to push higher despite improvement in economic data there. The RBNZ is meeting again on Wednesday and any hawkish comments will likely send the NZD further higher.</p> 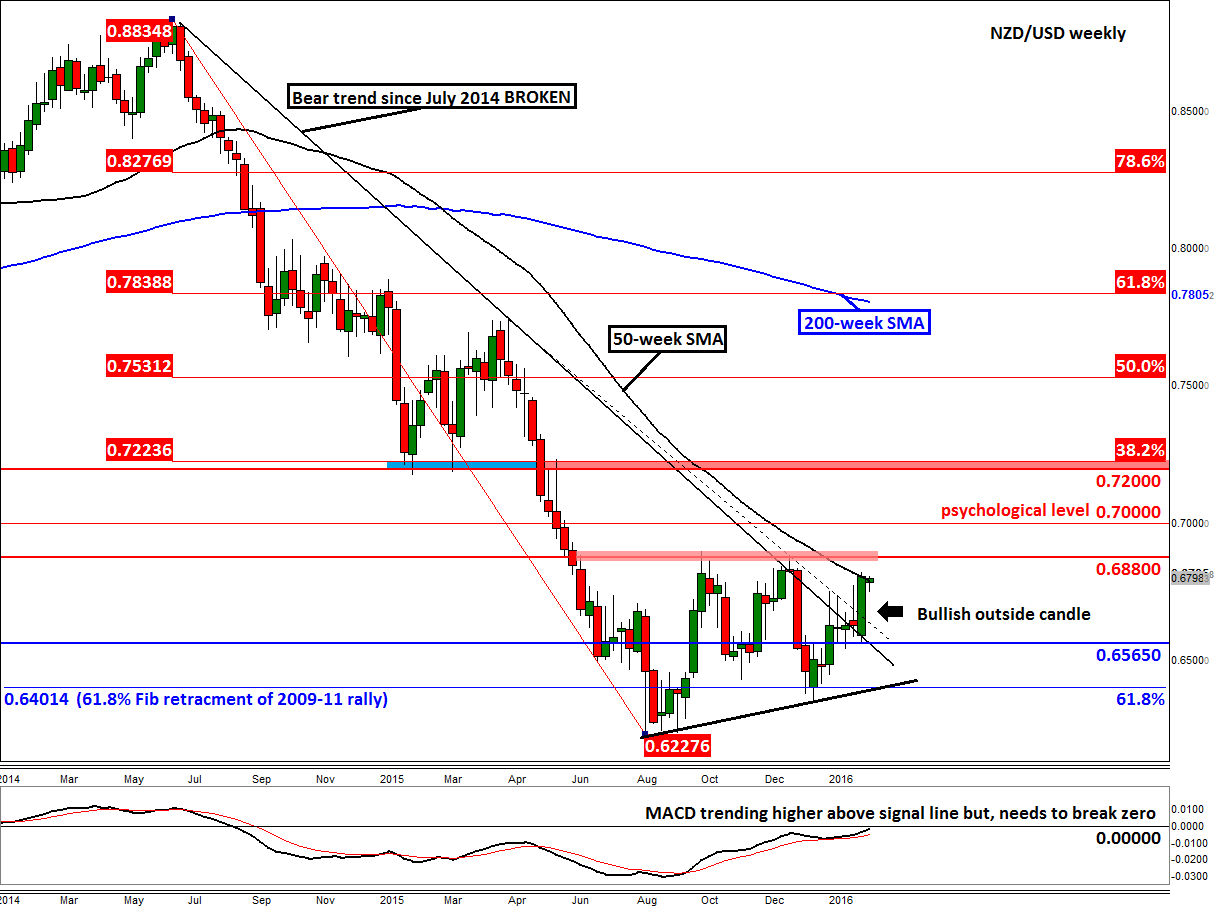