NZD/USD has been on a tear against the US Dollar since October 1st.

The New Zealand Dollar has been on a tear against the US Dollar since putting in a low on October 1st near .6220.  From that point, NZD/USD put in an inverse head and shoulders and reached the target level near .6500 on December 2nd.  The pair then proceeded to push higher through the 200 Day Moving Average near .6540 and the 61.8% Fibonacci retracement level from the July 19th highs to the  October 1st lows at .6570.

New Zealand’s economy is greatly affected by the Chinese growth.  The run up may have been due to high expectations that a Phase One US-China trade deal would get done before the December 13th tariffs were to be imposed.  The pair put in a high of .6635 on Friday and pulled back.  In doing so, on a daily timeframe the pair put in a shooting star candlestick formation.  This formation is indicative of a possible reversal.  In addition, the RSI was in overbought territory, which also suggests price may have been ready for a pullback. This price action has the looks of a “Buy the rumor, sell the fact” on the US-China trade deal. 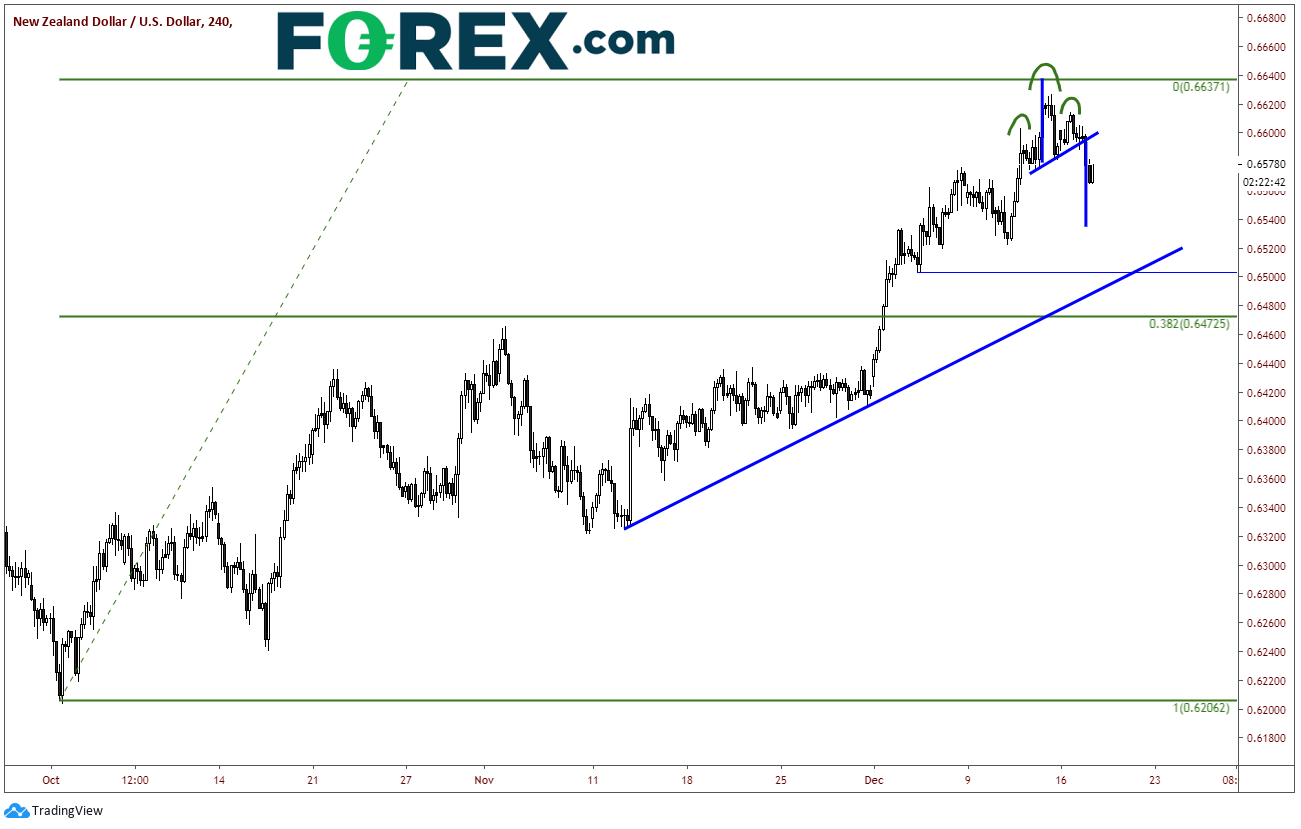 Below there, there is horizontal support and a rising trendline near .6500, and then the 38.2% Fibonacci retracement of the October 1st lows to the December 13th highs at .6473.  Resistance is above at the neckline of the head and shoulders near .6600 and then the highs from December 13th at .6637. If NZD/USD does decide to continue to move higher above those resistance levels, the pair can move all the way back up to the July 19th highs at .6789 with little in the terms of resistance.