A falling wedge pattern is taking shape (reversal up trend pattern) in Ocado...

Ocado said that retail revenue rose 34.9% on year to 579.6 million pounds in the 13 weeks to November 29. The jump was however less than expected. The British group specializing in online food distribution, has once again raised its Ebitda forecast for the current fiscal year.

The company said: "Increased social distancing restrictions, in place nationally since early November, contributed to continued strong trading performance at Ocado Retail which continued to experience a "smoothed" trading week into the year-end compared to the peaks and troughs that reflected normal shopping habits pre-COVID. Combined with the impact of operational leverage in the retail business, Ocado Group now expects full year EBITDA to be over £70m."

From a chartist point of view, the stock price is posting a consolidation move within a long term bullish trend. A falling wedge pattern is taking shape (reversal up trend pattern). The 50WMA is ascending and in support of the bullish trend. A price pattern breakout would call for a rebound towards the resistance zone 2648p - 2814p. Prices need to stand above 1917p to maintain the bullish bias (Bollinger + 50WMA + horizontal support). 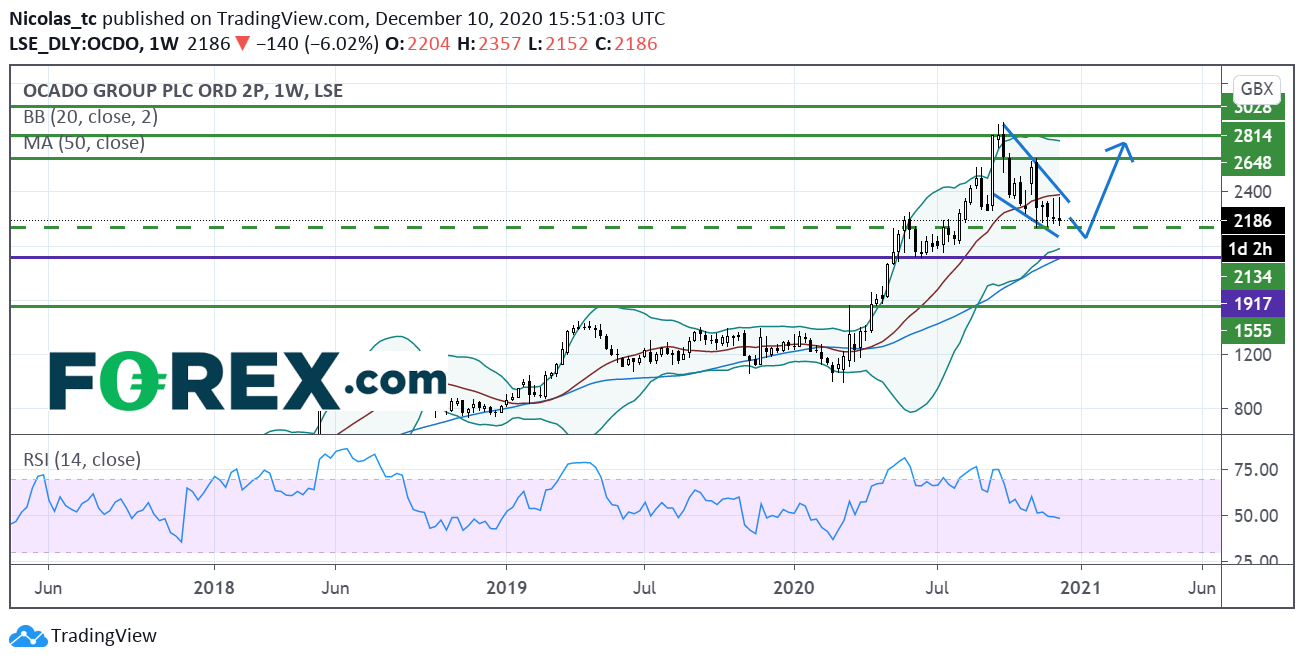