On Sunday, Saudi Arabia’s Aramco will get its show on the road seeking to bring investors on board for its listing in December. The firm will close its offer period on Dec 4, just before the OPEC meeting in Vienna, with a view to listing on the Saudi stock exchange Tadawul in mid-December.

The state-owned oil giant will try and gauge investors’ interest in a somewhat controversial valuation where Saudi estimates and Western analysts’ views diverge wildly. While Saudi Arabia would like to see a valuation of around $2T for the company which is, granted, the world’s largest oil firm, Western analysts estimate that Aramco’s real worth lies between $1.0T and $1.2T.

While Aramco’s performance is phenomenally impressive with profits that even the FAANGs (Facebook, Apple, Amazon, Netflix, and Google) can only dream of, investors who buy a stake will have to contend with the fact that the company is in no aspect independent from the state. There has been much speculation about how Saudi Arabia will handle future OPEC negotiations while keeping an eye on the Aramco share price.  With the valuation happening just before the OPEC meeting in Vienna this will add an element of pressure on other OPEC producers leading into the meeting.

Also, look out for further comments from ministers of other OPEC countries as the cartel’s meeting draws closer. While OPEC members certainly don’t want oil prices to continue sliding many now find it difficult to cut production as the price has already dropped below the level some of the states need for their budgets to break even. In the run-up to OPEC, prices could continue nudging lower if the OPEC chatter maintains a note of output cut reluctance. 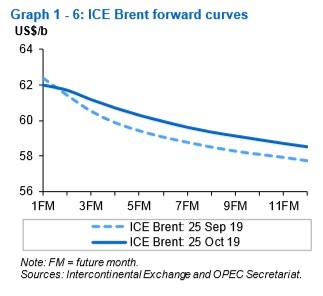 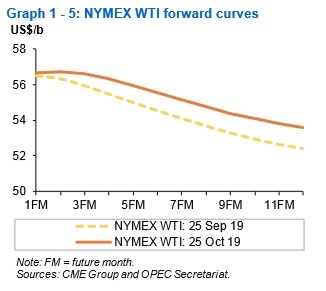 On Tuesday, all major EU countries will report their car registration numbers but the German figures will be the most sensitive because unlike Italy, France and the UK, the German market registered a serious drop in October. This, combined with the country’s GDP data and European PMI numbers on Friday, will show if oil demand in Europe is likely to continue along the same lethargic path as over the last few quarters.

December 12 will be a busy election day – not only in the UK but also in OPEC member country Algeria, where five presidential candidates will start their pre-election campaign Sunday. The final showdown is expected to be between Abdelmadjid Tebboune, a former Prime Minister, and Abdelkader Bengrina, president of the El Bina party.

Although the country will technically be given the chance to choose the next president both the candidates have been shortlisted and vetted by the army. In that respect, change of leadership is unlikely to bring much change for the oil market as the real decision making about both state issues and oil production will continue to be in the hands of the military.  Months of protests rumbling across the country seem not to have had much effect so far and unless there is an escalation, like there has been recently in Iraq, the December 12 election might end up with business as usual.