OIL MARKET WEEK AHEAD: The slow claw back begins

The US job market still remains fragile and until it improves substantially, a full recovery in oil demand remains unlikely.

Monday will be a key day for reopening across Europe: Not only will clothes, shoe retailers and other shops open across the UK for the first time in three months, but it will also theoretically be possible to travel on the Orient Express train all the way from London to Istanbul. Not that the actual train will operate, but as of Monday the countries on the route, including Belgium, France and Germany will open their borders, making it possible to travel across the continent by land.

Within Europe, road travel has returned to about 60% of its pre-corona levels, mostly inside each of the countries, but once the borders are fully open, the annual European migration to the southern coasts will begin, albeit likely at only 30%-40% of the intensity of previous years. 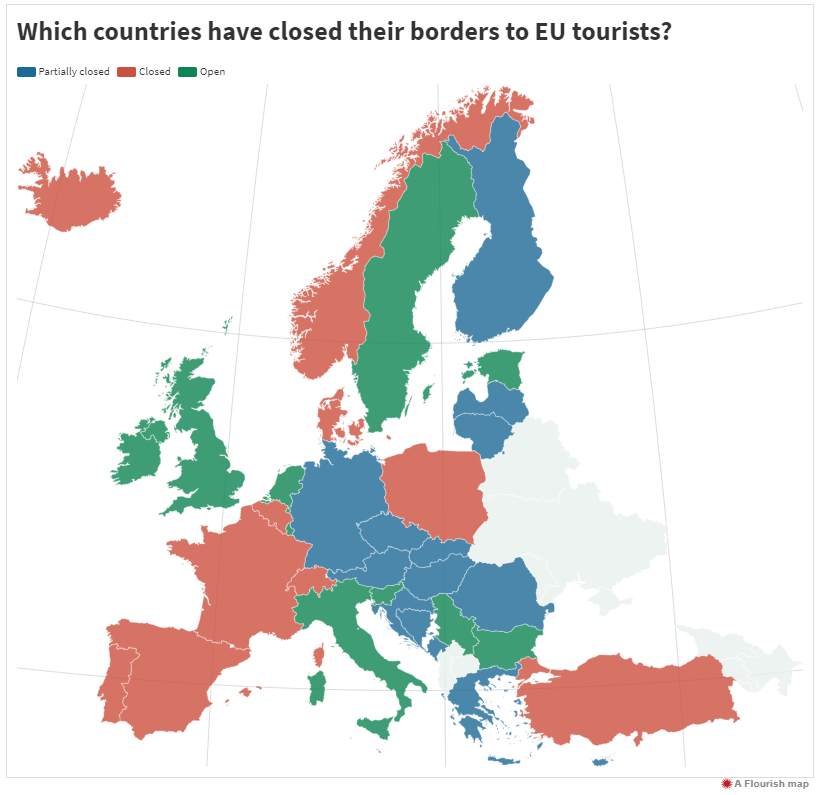 This week there was a lot of exuberance in the oil market focused on OPEC’s decision to extend its output cuts and while the reduction will eventually make a difference in the oversupply of oil in the market, the real claw back in European demand will only properly start once the borders are open.

With holiday destinations being accessible, flights will also begin to pick up. For the moment, Gatwick Airport, the second largest of London’s five airports, has only four flights a day. Stanstead and Luton airports, numbers three and four, see only five to six departures per day. This will gradually start changing from next week, at first at a slow pace as airlines try and gauge how many travellers are willing to go back to flying while some health risks still remain. The UK’s two-week quarantine rule will slow down UK travellers, but with intensive pressure on the government from the travel industry, it is unclear how long that rule will remain in place.

The last OPEC+ production discussion on 6 June took place a few days later than initially planned because Saudi Arabia decided to do something about countries not complying with the agreed reductions. The ten non-OPEC members, which include Russia, pumped a combined 13.89 million barrels per day comprising 91% of their cuts, bringing OPEC+’s collective compliance to 85%. Of the OPEC members, most largely stuck to their cuts, but Iraq pumped 4.19 million bpd in May — some 600,000 bpd over its agreed limit. Nigeria, Angola and Gabon, as well as non-OPEC states Kazakhstan and Azerbaijan, were also loose with their compliance with the quotas they agreed on. The upshot: those failing to meet their reduction quotas had to agree to make deeper cuts between July and September. From next Thursday a special OPEC-led panel will review the market every month and report to OPEC+ on the cooperation from member states. It remains to be seen how anybody, but most importantly Saudi Arabia, will make sure that the promises by non-compliant members are actually kept.

US domestic inventories should start declining over the next two weeks

This week’s rise in US petroleum stock levels should not have come as a surprise given that the large amounts of Saudi oil which have been shipped during the height of the supply war between Saudi Arabia and Russia are still being offloaded in the US. However, the process is now nearing its end and crude reserve levels should stabilising over the next couple of weeks. The API oil inventory reading on Tuesday and EIA petroleum reserve data due out on Wednesday should either show the last gains in the current set of increases or start showing a decline as domestic demand continues to pick up. The US job market still remains fragile and until it improves substantially, a full recovery in demand remains unlikely.