According to the latest reports, OPEC+ is looking at moving its virtual meeting forward a few days to June 4...

As we outlined on our “Oil Market Week Ahead” report on Friday, negotiations around the next OPEC+ meeting were poised to be a major theme for oil traders this week. As it turns out, that’s exactly what we’re seeing as suppliers look to strike the balance between an unprecedented near-term demand shock and the long-term supply/demand balance.

According to the latest reports, OPEC+ is looking at moving its virtual meeting forward a few days to June 4, with Saudi Arabia and Gulf allies looking to maintain the current output reductions for another 1-3 months. Once again though, the crux of the matter comes down to Russia, which reportedly prefers to gradually increase production next month as initially agreed.

For their part, oil traders appear to be siding with the Saudi perspective, driving prices up on their expectation of restricted future supply (not to mention the potential for a faster-than-anticipated recovery of global demand). Both the benchmark US (WTI) and UK (Brent) oil contracts are rallying into the upper $30s to hit their highest levels since early March, when COVID-19 was just starting to impact the Western World.

Looking at the chart of Brent crude oil, prices have essentially doubled off the mid-April panic lows below $20. Moving forward, traders will key in on the big bearish gap from early March; because there was no trading activity between $40.00 and $45.00, there may be a lower “supply” of traders looking to sell oil, which could lead to a potentially rapid surge to $45 if OPEC+ further extends output cuts: 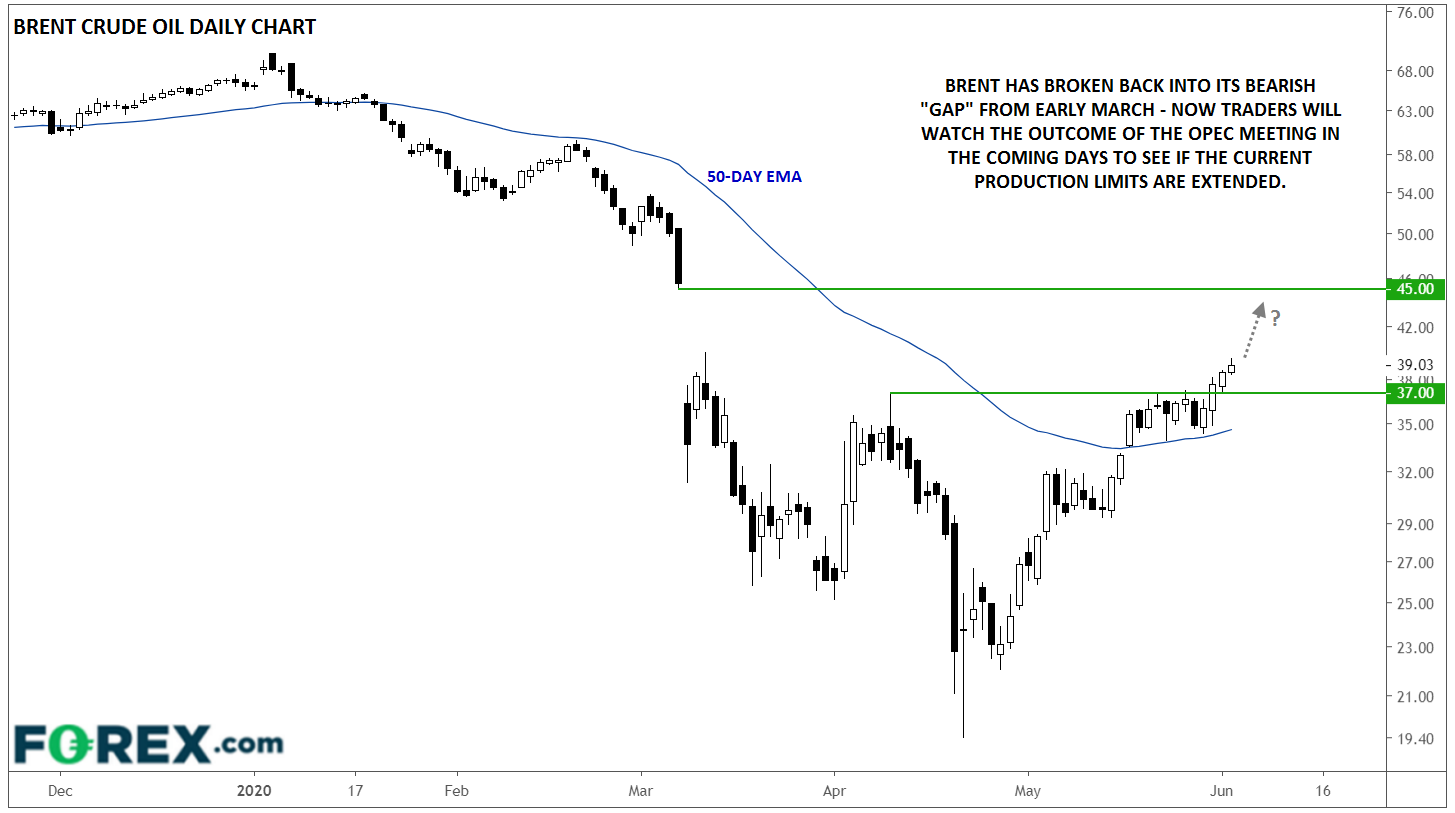 Meanwhile, the key level to watch to the downside will be $37.00. This level provided strong resistance for the commodity through April and May, and now that it’s broken, that area could serve as a potential floor on any short-term dips. Only a confirmed break below that zone would erase Brent’s near-term bullish bias.