OPEC+ meeting preview: Will Saudi Arabia balk or stick to the plan?

OPEC+ intends to supply over 1.5M additional barrels of oil by July in addition to the 600k added in May, but will it ramp that up?

With many traders already counting down the minutes to a long holiday weekend in the US and UK, it’s a good time to look ahead to a key event early next week: Tuesday’s OPEC-JMMC meeting.

The cartel and its allies will gather to evaluate the latest developments in the global markets, and the surge in oil prices to test multi-year highs will not go unnoticed, especially with this weekend marking the beginning of the traditional “summer driving season” in the US.

As always, the key flashpoint is likely to be tensions between Russia and Saudi Arabia. Russia will undoubtedly push for a more rapid increase in production to support its economy, whereas Saudi Arabia is expected to favor the more conservative path agreed upon last month, citing the ongoing COVID outbreak in India and looming return of Iranian oil to the market later this year.

Weighing these factors, OPEC is likely to stick to its previously agreed production schedule and re-evaluate the balance of supply and demand at its next meeting as more data becomes available. However, traders have to price in at least a small risk that the cartel could accelerate its short-term production, meaning that regardless of what the cartel decides, the oil market could see some volatility around Tuesday’s announcement.

Looking at the chart, WTI is peeking out to a nearly three-year high around $67.00. If OPEC+ confirms the current distribution schedule for another month, it could serve as a short-term “all clear” signal for bulls to push the commodity toward key psychological resistance near $70.00, whereas an unexpected increase in June or July production would likely cap WTI and push oil prices back down toward support at the 50-day EMA in the $63.00 range: 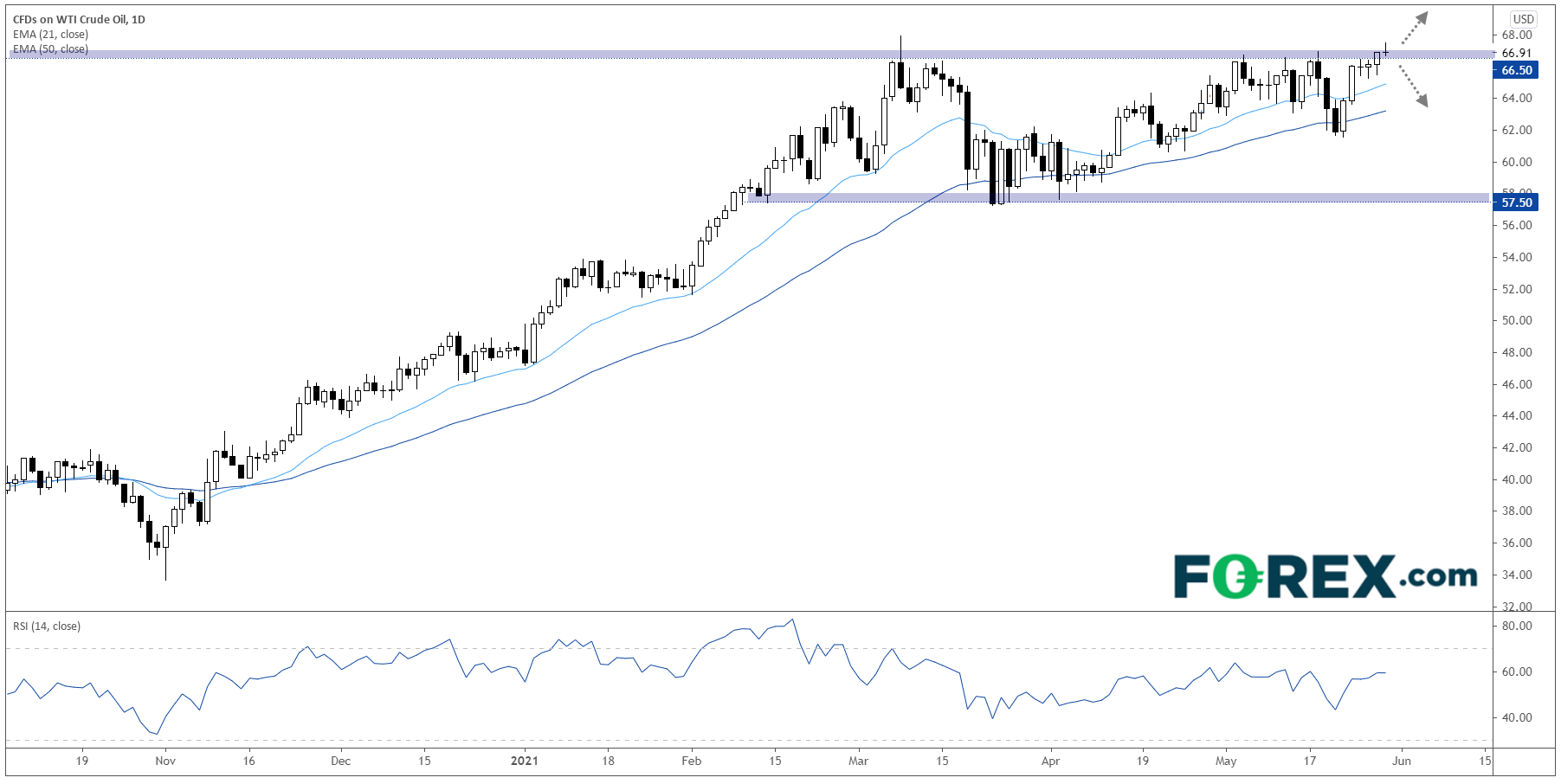