"Revenue up marginally, from £632.6 million to £636.7 million. EBITDA is marginally lower at £365.3 million from £367.3 million, reflecting the mix of margin on retail and wholesale revenues, with South West Water's wholesale margin reducing as a result of lower customer consumption. "

Pennon took a provision of £9 million for businesses and households failing to pay their bills during the Covid-19 crisis.

The group lifted its dividend 6.6% to 43.77p and said it will grow the payout at 2% above inflation over the next five year instead of 4% (company’s policy).

From a chartist’s point of view, the medium term outlook is bullish as long as prices are holding above the key support at 922p (March 16 bottom, overlap). However, the stock price faces a significant hurdle near 1210p (upper end of the short term consolidation range). The configuration is mixed. 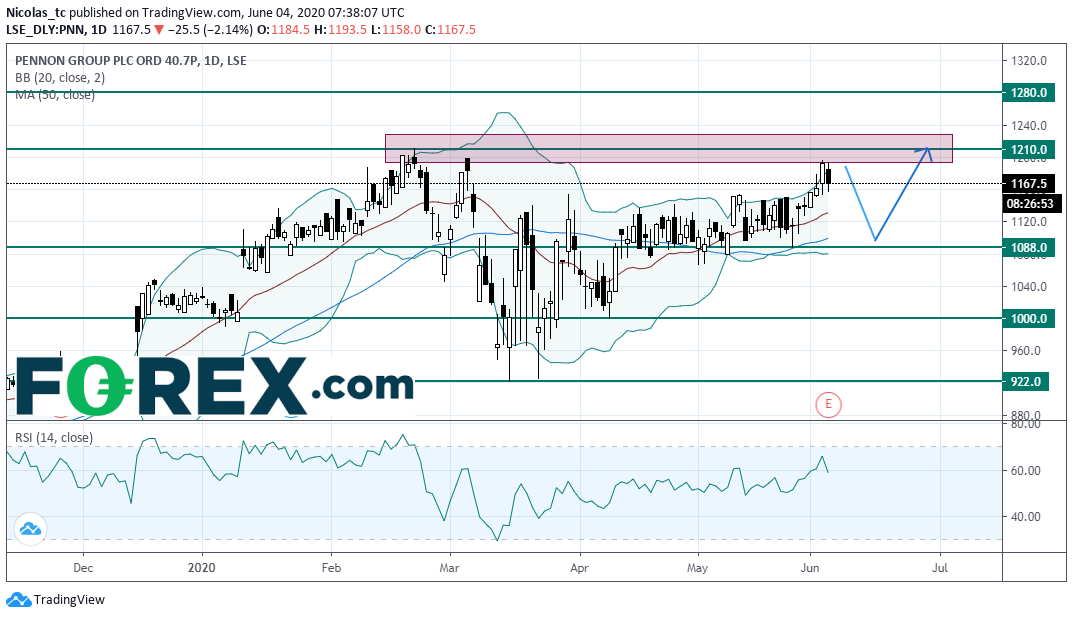