The Stock is forming a Triangle Bullish Continuation Pattern...

Pfizer (PFE), a U.S. pharmaceutical giant, reported positive results from a trial of the Covid-19 vaccine it jointly developing with Germany's BioNTech. The Company also confirmed that the vaccine is on track to be submitted for regulatory review in October.

Last month, both companies obtained a $2 billion deal to supply the U.S. government with an initial 100 million doses of the vaccine.


On a Daily Chart, Pfizer (PFE) is forming a Triangle Bullish Continuation Pattern. 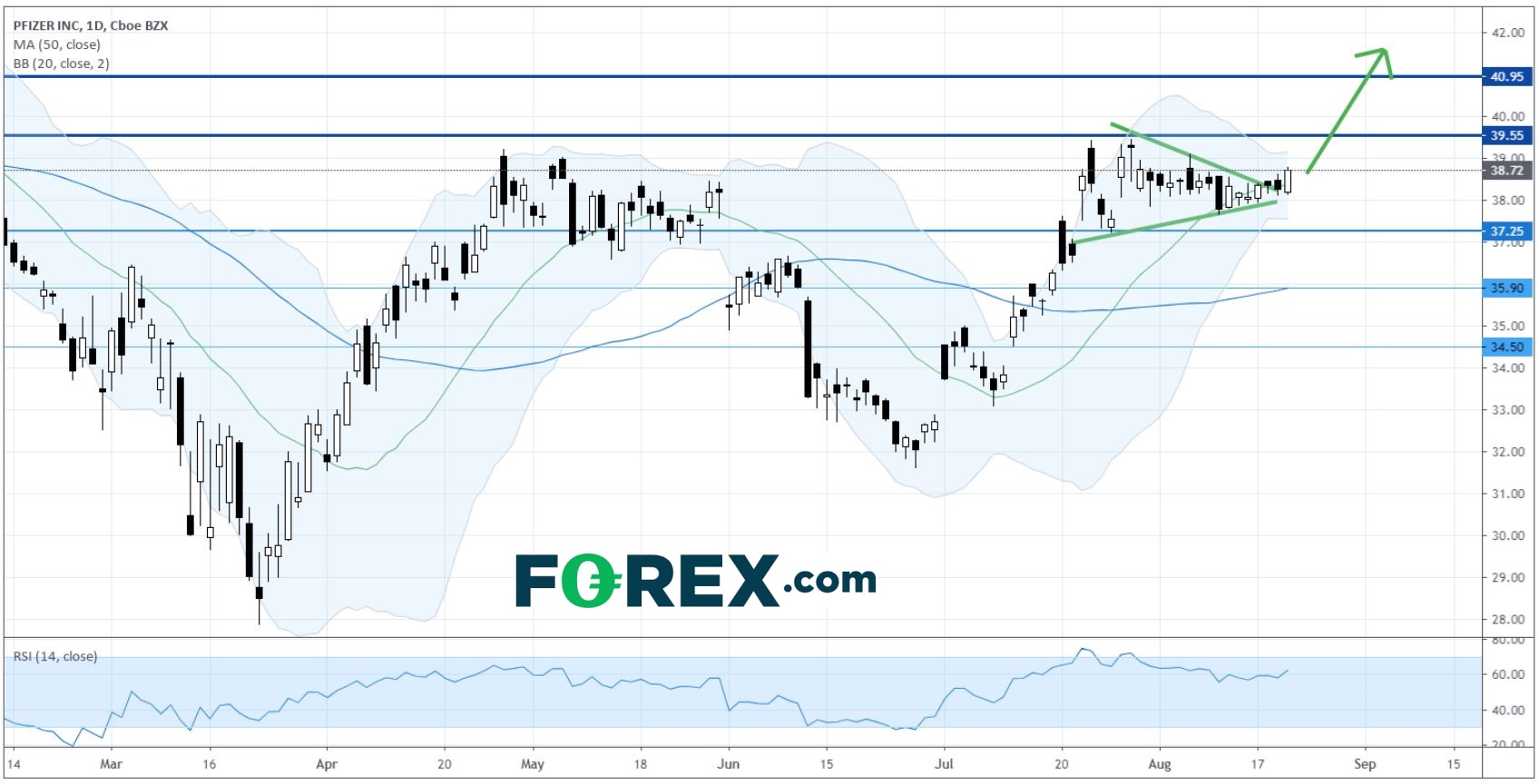 
A clear break above the upper boundary of the Triangle Pattern would call for a continued rally.


It has returned to levels above both 20-day and 50-day moving averages.

A continued uptrend should bring the stock back to $39.55 (around the recent high seen in late July).

Above that level, PFE should then aim at $40.95.(around the previous high seen in January).

Bullish investors should take the level of $37.25 (around the recent low seen in late July) as the Key Support (Stop-loss level).