As Powell has been telling us for a month now, the FOMC is in no hurry to raise interest rates.

As Powell has been telling us for a month now, the FOMC is in no hurry to raise interest rates. And today, he stuck to his guns.   See our FOMC recap by Matt Weller for more on the statement and the “Dot Plots”.

However, the Q&A is what may have caught some traders off guard.  He wasn’t just dovish.  He was ULTRA-dovish!

According to Powell, this Fed is YEARS away from doing anything.  Powell said he can’t even look at a forecast 2-3 years out!  Even “a “transitory” rise in inflation above 2%, AS FORECAST THIS YEAR, would not meet our standard!” He noted that strong data should be coming our way.  (The dual mandate for the Fed is to keep inflation near its targeted 2% AND maximize employment.)  Powell talked about how the FOMC wants to see substantial progress, and not just forecasts,  before the Fed even begins to talk about tapering!  YIKES 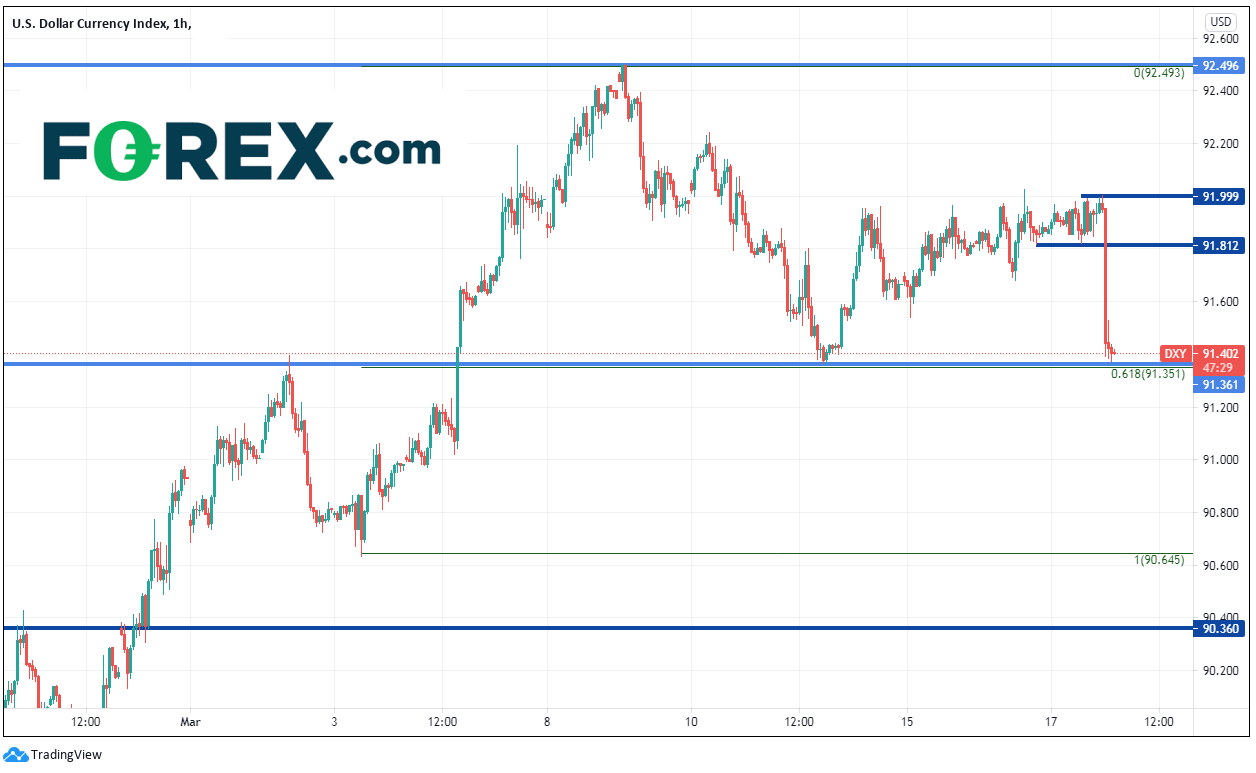 Has Powell convinced the markets that the Fed can outlast them by continuing extraordinary QE even if the data, both forecasted and actual, comes in stronger?

We may see some follow through of the post-Fed market moves.  However, can it be sustained? The BOE meets later today and the BOJ meets tomorrow.  Can their level of dovishness match that of Powell?  That will tough to match!