Powell is Head and Shoulders above the rest: DXY, EUR/USD

The DXY broke below the neckline of a head and shoulders pattern!

Fed Chairman Jerome Powell continued with his dovish rhetoric yesterday when he testified on day 2 regarding  Monetary Policy in front of Congress.  The theme from the Federal Reserve is that they are in no hurry to raise interest rates or take their foot off the pedal regarding stimulus.  He said that although inflation expectations have been creeping into the economic data and the bond market, he viewed this as a good thing, noting that it shows confidence in the recovery.  He also indicated that they will not start raising rates until the Fed believes they can reach its goal of maximum employment.  He also seemed to defer some questions to the fiscal government, noting that they must do as much as possible to create fiscal stimulus, i.e. the $1.9 trillion fiscal stimulus package.

Given the continued extreme dovishness of Fed Chairman Powell, the US Dollar Index took a hit.  On a daily timeframe, the DXY broke below the neckline of a head and shoulders pattern which began after the breakout of the descending wedge from the beginning of the year.  Price retraced 50% of the wedge from the November 4th, 2020 highs to the January 6th lows, forming the head, near 91.60. Price then moved lower and formed the right shoulder, decisively breaking the neckline after Powell’s testimony.  The target for the head and shoulders patter is the height from the head to the neckline, added to the breakdown point of the neckline, which is near 88.65.  However, price must first take out the support lows from January 6th near 89.21.  Resistance is at the neckline near 90.20. 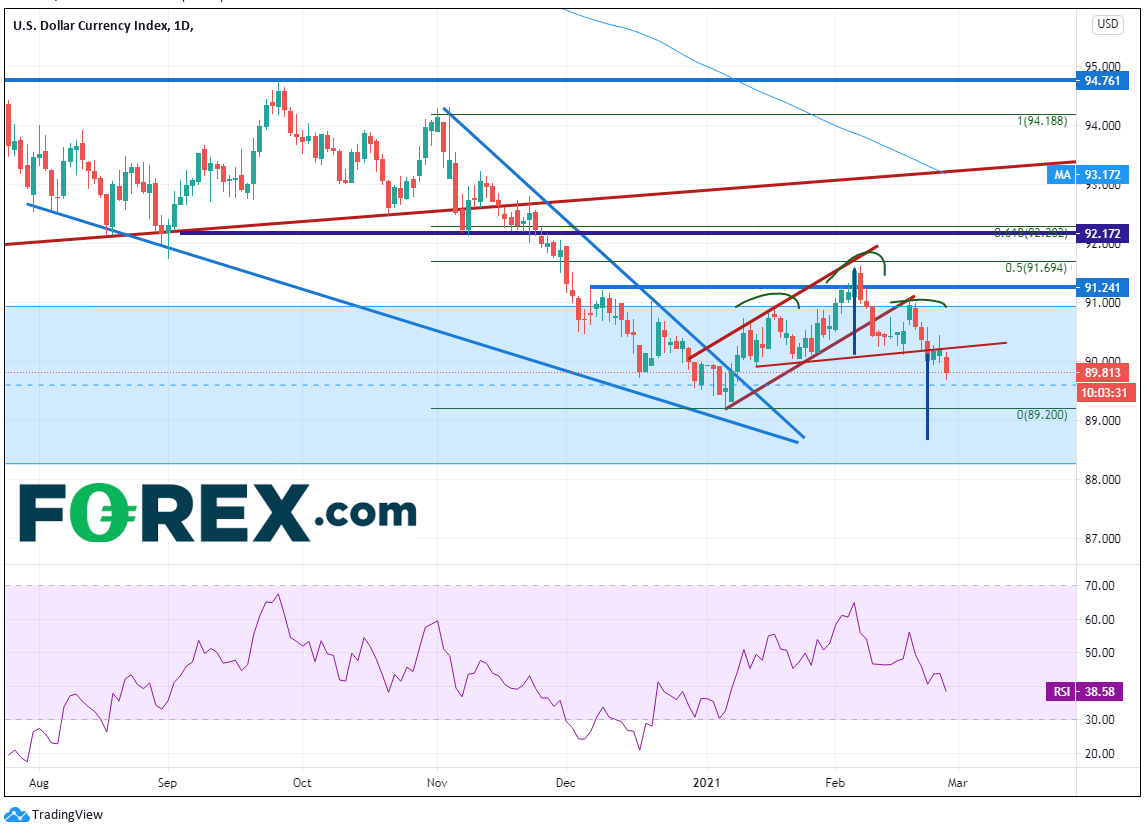 Since EUR/USD makes up 57% of the US Dollar Index, the Euro pair acts inversely to the DYX.  Since the beginning of the year, EUR/USD has been in an inverted Head and Shoulders pattern.  When the DXY broke significantly through the neckline, so the EUR/USD.  The target for the inverted Head and Shoulders pattern on the daily timeframe is near 1.2375.  However, price must first move through the January 6th resistance high of 1.2350.  Bulls will look to buy dips on a retest of then neckline near today's low at 1.2155. 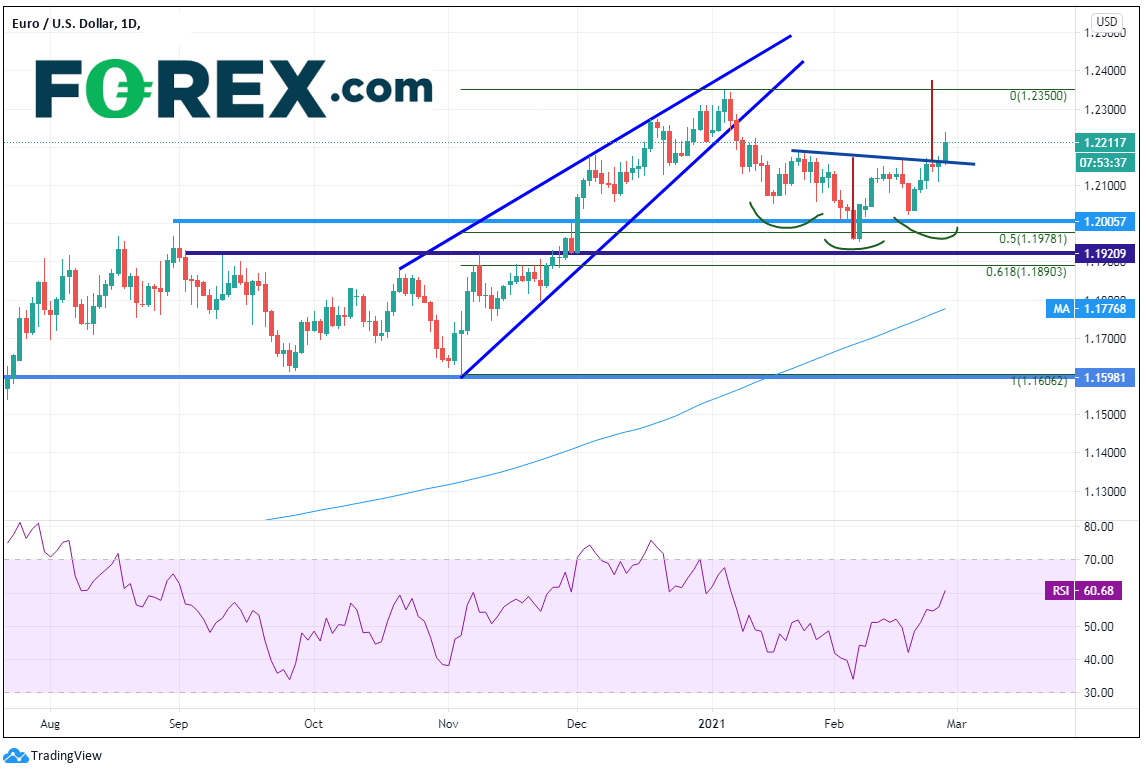 Note that head and shoulders patterns are well noted in the markets.  Use patience when looking for an entry price.  Often there is a retracement to the neckline, in order to squeeze out weak longs.  That may be the optimal time to enter!