Powell Pontificates, but Pulls his Punches as Predicted

In yesterday’s article, we highlighted the crosswinds impacting today’s speech by Fed Chairman Powell at the Jackson Hole Symposium, eventually concluding that, “Powell [should] maintain the same optimistic perspective he espoused at his Congressional testimony last month”

In yesterday’s article, we highlighted the crosswinds impacting today’s speech by Fed Chairman Powell at the Jackson Hole Symposium, eventually concluding that, “Powell [should] maintain the same optimistic perspective he espoused at his Congressional testimony last month” (see “Is EUR/USD Rolling Over Ahead of Powell?” for more). As it turns out, this prediction was accurate, though the initial market reaction did little to reassure dollar bulls.

First, the headlines from Powell’s speech were as follows (emphasis mine):

The headlines about strong economic growth and further “gradual” hikes were widely expected, and therefore fully discounted by the market. That said, the repeated emphasis on subdued inflationary pressures suggests that Powell sees no urgency to raise interest rates above the “neutral” rate, which the majority of Federal Reserve members believe is in the 2.75-3.00% range according to the central bank’s most recent Summary of Economic Projections. 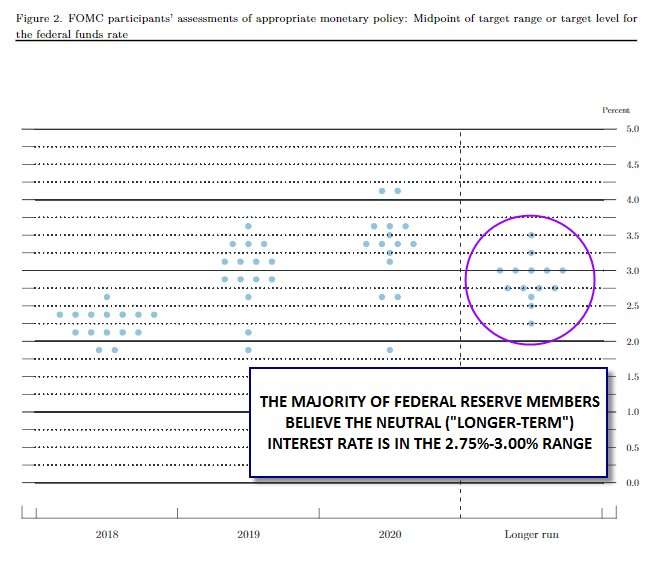 In terms of market expectations, there’s been essentially no change to the market-implied odds of a rate hike in September (95%+) or December (~65%), as befits a mostly as-expected speech. With the Fed’s path seeming set for the next three months, shorter-term traders may now turn their attention to political and economic developments instead of central banker comments.

We’ve some interesting, if inconsistent, moves in the wake of the Powell’s comments. As of writing, US stock indices are trading higher on the day by about 0.5%, with the S&P 500 hitting a fresh record high. After an initial swoon, the US dollar index is stabilizing just above 95.00, where it opened the week. Both gold and oil are rising by about 2% on the day, and the yield on the benchmark 10-year Treasury bond has dropped 2bps back to 2.82%.