Gold’s sharp recovery from December continued in the first week of 2018, though it lost some steam as mixed-bag US economic data provided some support for the dollar. Still, a couple of bucks shy of $1320, gold was trading at its highest level since September at the time of this writing. September was also when last year’s high was made at $1357. This level is now within sight and we expect gold to breach it in the coming weeks, so long as the bulls don’t lose support at $1300 again. Gold’s advance has been supported mainly by weakness in the US dollar rather than stock indices, for the latter has been hitting new all-time or multi-year highs in a number of advanced economies. Thus, for gold to maintain its bullish bias, it will need the dollar to remain depressed. That being said, gold priced in other currencies – including the euro and pound – have also been pushing higher, pointing to internal strength. It is possible that Bitcoin’s apparent desire to stay below $20K has seen some funds flow back into the original fiat currency alternative. Another reason is that some market participants may be anticipating a long-overdue correction in equities, and are mitigating those risks by buying protection in the form of gold, a perceived safe haven asset. Whatever the reason, the sharp increase in net long positions in gold and silver as highlighted by the CFTC’s positioning data certainly suggests that the price upsurge in precious metal prices has been caused above all by speculation. As a result, there is scope for prices to fall back should these speculators reduce their long exposures again. Like gold, silver has also been on trending higher in recent weeks. This metal has managed to break above its 50- and 200-day moving averages after forming a higher low around the key $15.65 area in mid-December, as we had previously highlighted the possibility. Silver now needs a higher high above $17.45 in order to confirm the trend reversal. 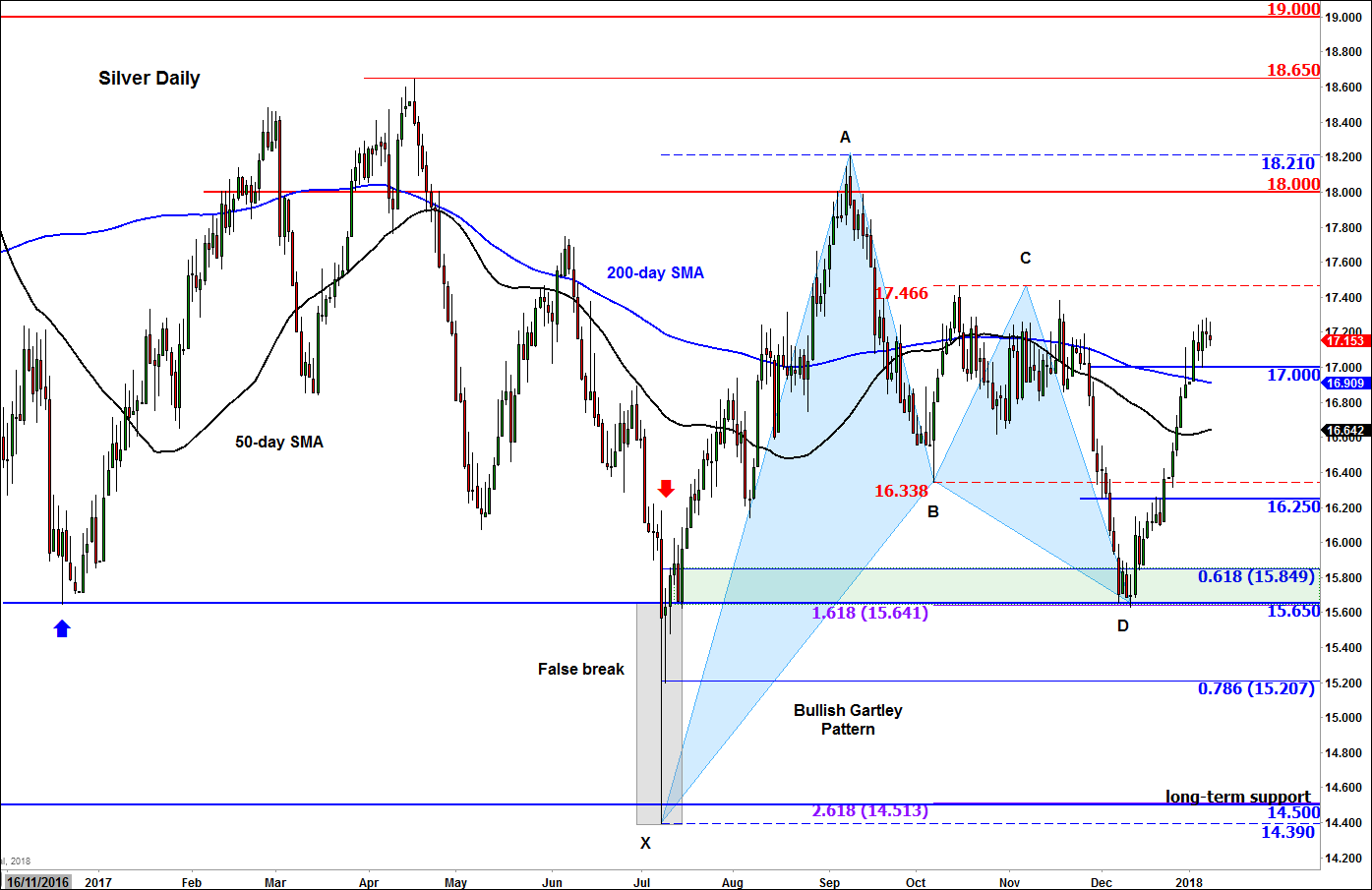