While gold continues to frustrate, silver is taking its lead from copper and palladium as it tries to break higher today.

While gold continues to frustrate the bulls and the bears alike, with its ongoing consolidation and false break out and break down attempts, silver is taking its lead from copper and palladium as it tries to break higher today.

Gold has been held back by the recent rally in the equity markets and sell-off in bonds, reducing the appeal of the safe-haven metal – even if its longer-term bullish price structure points to potentially higher prices eventually.

Silver, on the other, has benefited more from the positive sentiment towards risk. The white metal tends to be less prone to a sell-off when stocks rise than gold is, given that as well as a precious metal it has many industrial uses. At the same time, the fact that it is still viewed as a safe-haven metal means it could go up along with gold in the event of a risk-off period in the stock markets.

But more to the point, there are at least four reasons why we are turning bullish on silver. Let’s go through each in turn:

So, the potential is there for silver to rally over the coming days. But first thing is first, it needs to hold today’s breakout attempt above its trend. 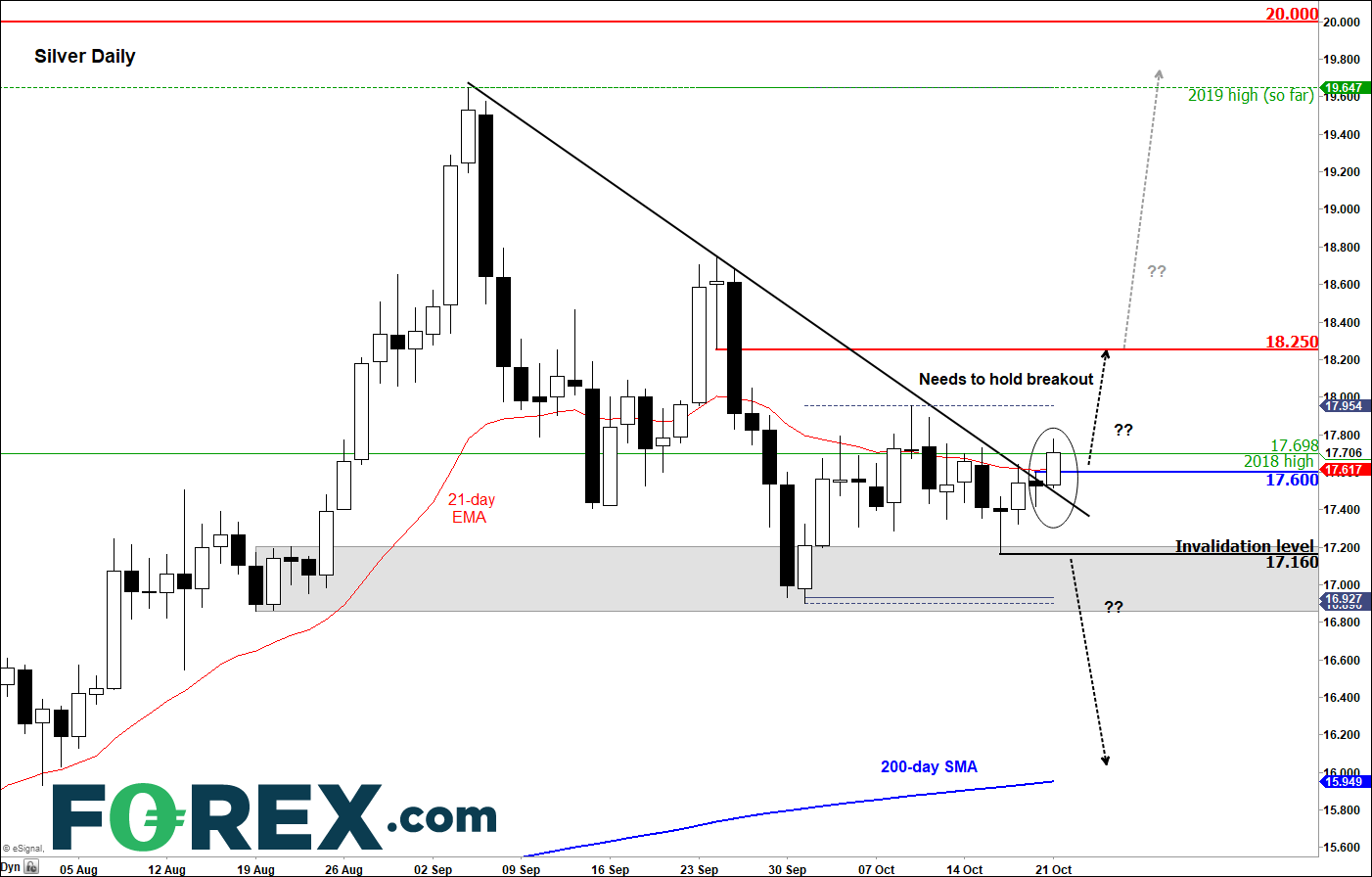