How Could the 2020 Presidential Election Affect the Stock Market?

The U.S. presidential election can significantly impact the stock market. Read on to learn how the market may react and how you can prepare.

What can history tell us about stock market trends during a 4-year election cycle? What are the specific ways in which the 2020 presidential election affects the stock market?

Market movements during an election cycle can have a large impact on your portfolio, so it’s critical to study the market’s historical tendencies as we approach this monumental political event.

Historically, the S&P 500 has generally seen positive performance in past election years.
According to Charles Schwab, the third and fourth year of a US President’s term have seen better performance in the S&P 500 than the first and second years over the 1950 to 2015 period:

For reference, the average annual rate of return for the S&P 500 has 10.8% over that 65-year time period. As the graphic below shows, the US stock market has rallied more than 80% of the time during the fourth year of the Presidential Cycle:

Logically, this pattern makes sense as incumbent politicians seek to stimulate the economy and markets to increase their odds of reelection, though its not foolproof.

So how can we handicap the stock market heading into the 2020 Election?

Most experts say it is hard to predict anything concrete about the impact of the upcoming election on the stock market. That said, there are some general “rules of thumb” for traders to keep in mind:

1) Keep an eye out for elevated volatility

Stocks are likely to be volatile in the months leading up to an election due to heightened political and economic uncertainty. In any event, the biggest risk for readers is to become too focused solely on politics rather than the global economic outlook. Regardless of who’s in office, there will be opportunities for traders to profit on both the long and short sides of the market: 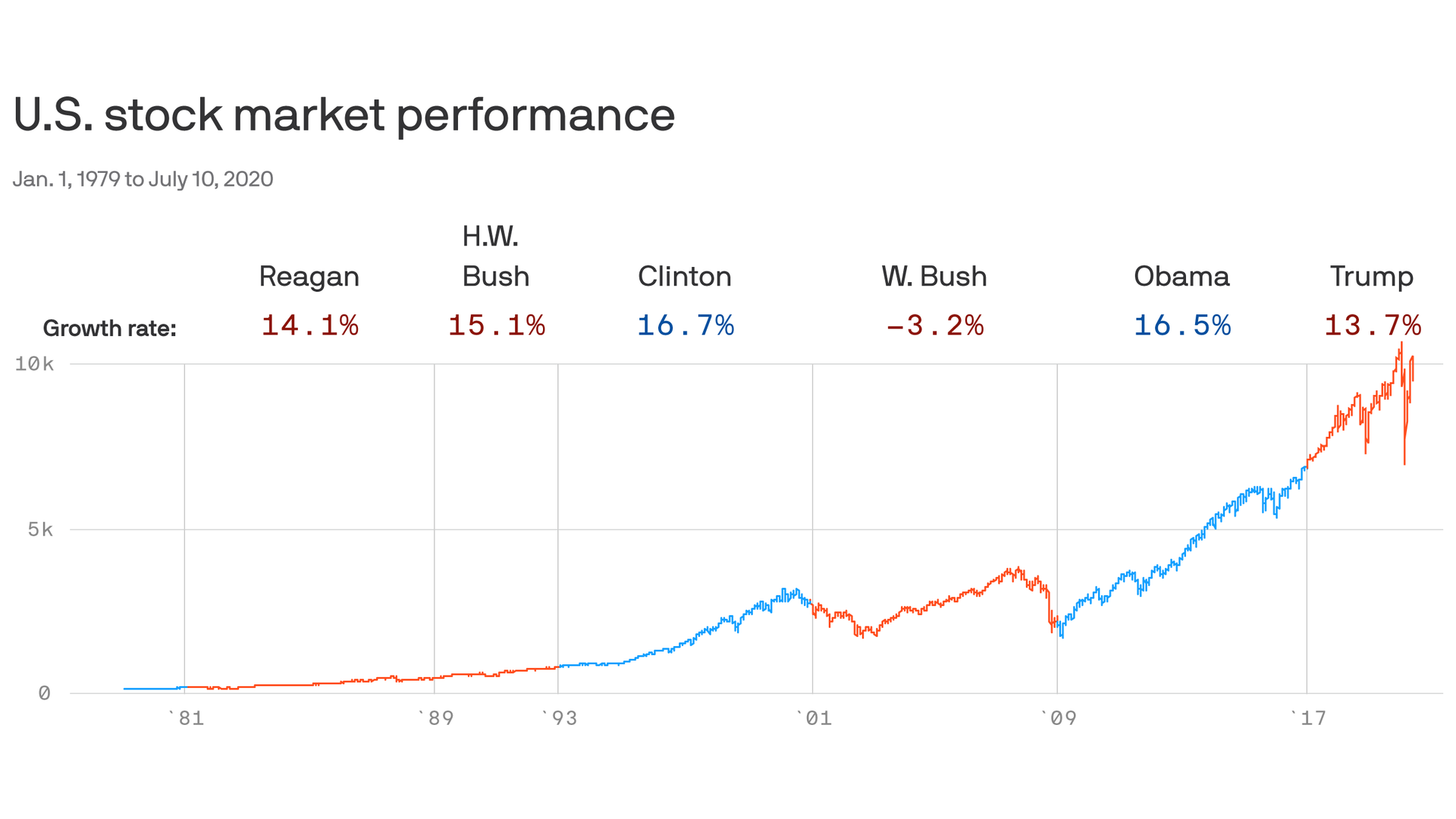 According to Tom Hainlin, national investment strategist at U.S. Bank, US stocks tend to perform marginally better when the same president (or at least the same party) retains control of the White House, though some have questioned whether this relationship is causal or correlational.

However, 2020 is fraught with uncertainty.
To put it lightly, the political and economic uncertainty brought on by the Coronavirus crisis is likely to be highly unpredictable.

According to a 2019 Dimensional Funds report, the market has been positive in 19 of the last 23 election years spanning 1928-2016. Negative returns arose only four times in that period, and each of these four years were accompanied by geopolitical events that caused major uncertainty (including the Great Financial Crisis in 2008).

As always, the key to successful investing is to design strategies and create portfolios that adapt to changing market conditions. While it’s impossible to say with certainty what 2020 Presidential Election will mean for the US stock market, especially amidst the worst global pandemic in a century, the historical record suggests an uptrend may be more likely.