QE or Not, the S&P 500 Has Consistently Rallied Since Fed Repo Operations Began

The S&P 500 has closed below its 10-day MA just five times since the Fed’s repo operations began.

If that date doesn’t ring a bell for you, you’re not alone…but it’s been arguably one of the most important days for US stock markets over the past few months.

On that date, the Federal Reserve announced that it would be conducting a series of “purely technical” repurchase agreements “to ensure that reserves remain ample” in the financial system. These twice- or thrice-weekly $35B+ injections of liquidity have continued since in a process that traders have sarcastically dubbed “Not Quantitative Easing.” Over this period, the Fed’s balance sheet has grown by nearly $400B, unwinding about half of the “Quantitative Tightening” decrease since the start of 2018:

Repo operations like these are a standard tool that central banks use to manage liquidity in financial systems around the globe, but there’s no denying that we’ve seen an astoundingly consistent rally in the S&P 500 since the Fed’s announcement. As the chart below shows, the S&P 500 has closed below even its short-term 10-day moving average just five times in the 70-plus trading days since the Fed’s repo operations began: 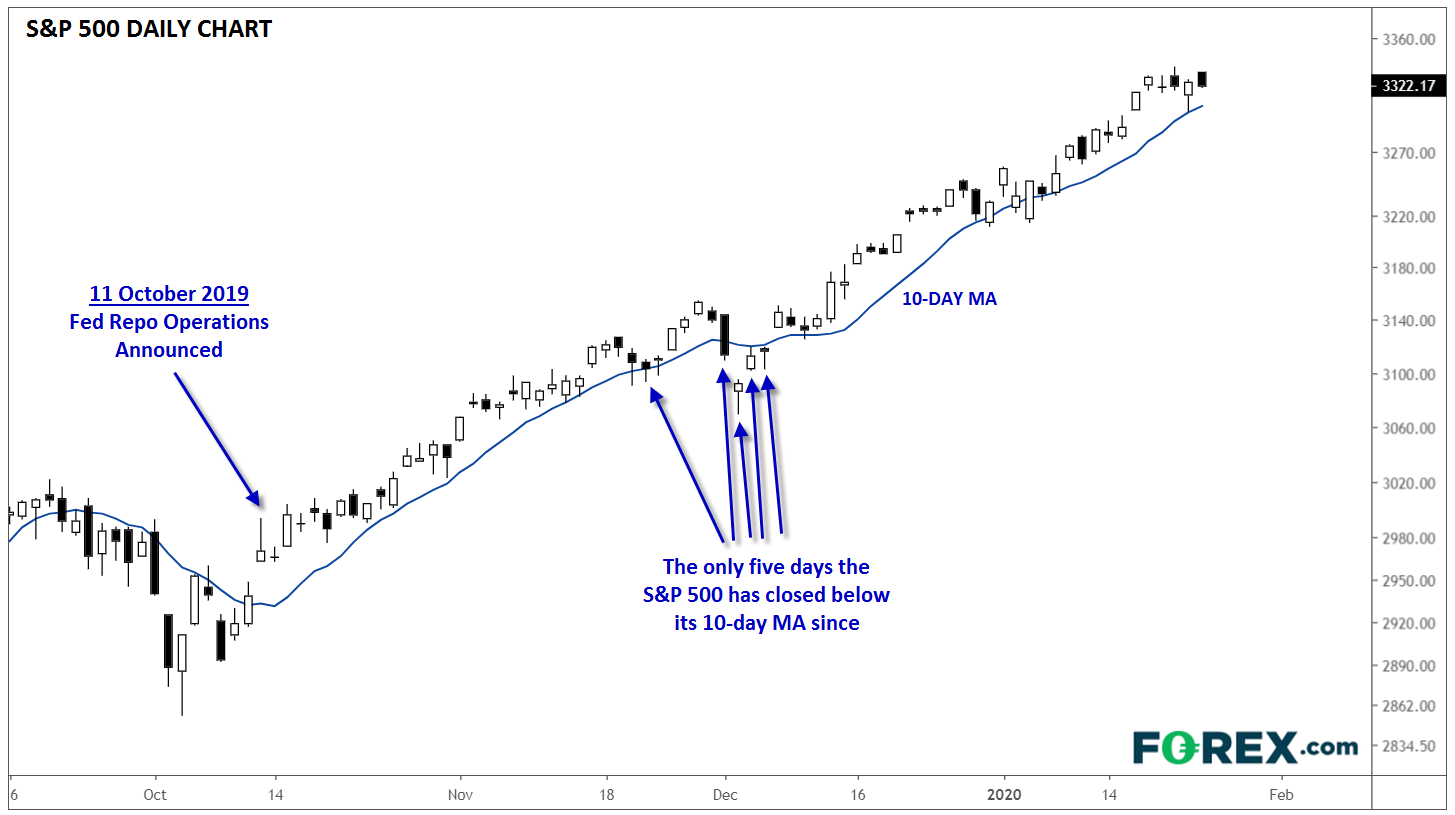 According to Quantitative Edges, this is the fewest times that the S&P 500 has closed below its 10-day MA over a 70-day period since 1972, nearly 50 years ago! By this measure, US stocks haven’t seen this consistent of a rally since most of us have been alive.

Of course, as any Statistics 101 student will tell you, correlation does not necessarily indicate causation, but given the remarkably reliable rally we’ve seen, US index traders should definitely be paying close attention to any changes in the Fed’s “Not QE” schedule of repo purchases.