RBA Cut Rates To A New Record Low Of 1pct

Today the RBA opted to cut rates for a second consecutive meeting, taking their cash rate to a fresh record low of 1%.

Today the RBA opted to cut rates for a second consecutive meeting, taking their cash rate to a fresh record low of 1%.

Indeed, the cut had been widely expected yet the statement lacked a clear easing bias. Perhaps Philip Lowe will add his dovish punch in a few hours to help topple AUD and lift the ASX200 to new highs, but it must be said the statement was slightly less gloomy over the Australian and Global economy, in a post-G20 world, with the outlook for the Australian and global economy now touted as ‘reasonable’.

The final paragraph included a subtle ‘if’ which suggests RBA may not be in such a rush to cut in August unless pressed. Of course, they’ll “continue to monitor developments in the labour market closely” which leaves potential for further easing, but given that the RBA have not cut at three meetings in a row since the depths of the GFC, then a hold in August is plausible if employment data doesn’t falter.

From here, it’s all eyes on Philip Lowe in a few hours because if he steers clear of his usual dovish rhetoric, he could send AUD higher and spoil the nice bullish flag pattern on the ASX200. But if he does come out swinging, it’s likely we’ve seen the top on AUD/USD.

Yesterday’s key reversal day suggests the top could be in, and interesting to note its range almost perfectly spanned the area between the 50 and 100-day MA’s. However, with it back below 70c, we’d prefer to fade into moves beneath yesterday’s high, with a view for it to break beneath 0.6938 and head for the 2016 lows. 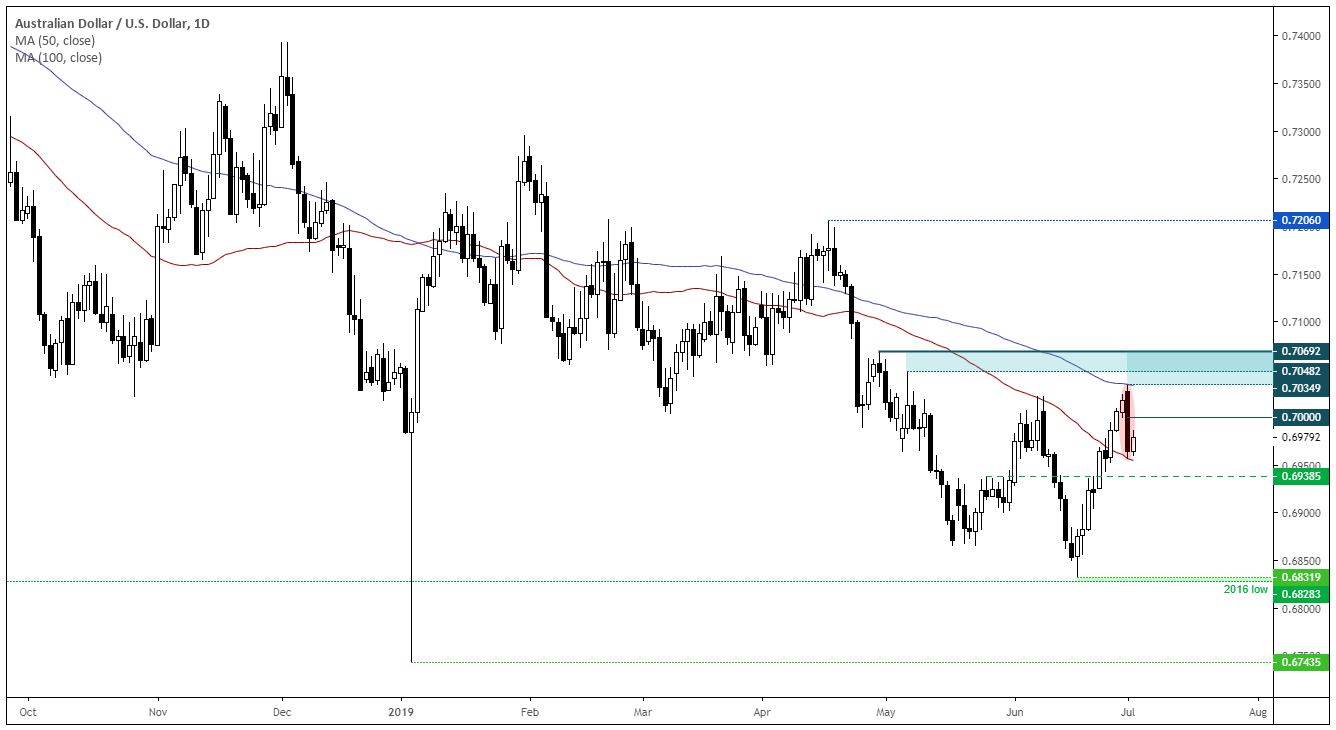