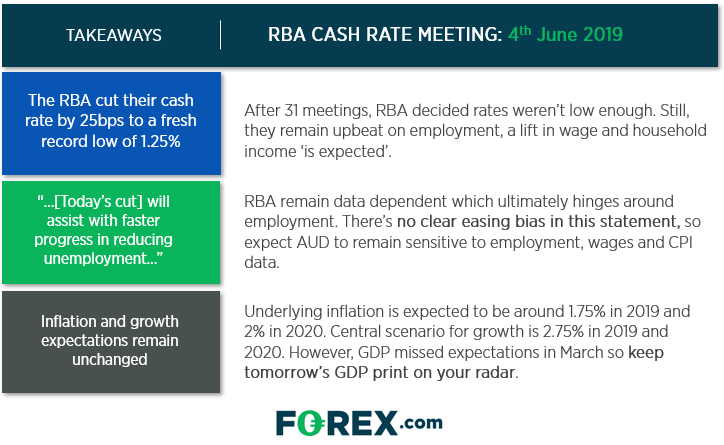 Summary of the Statement:

The statement doesn’t imply a need for further easing, although it does reiterate that they’ll continue to monitor developments in the housing market shortly. That said, Lowe is due to speak shortly and the RBA have a history of dropping their easing cues via public comments or interviews, over the actual statement. This likely explains the mediocre reaction from markets, as neither bull or bear feel like they’re out of the woods just yet. 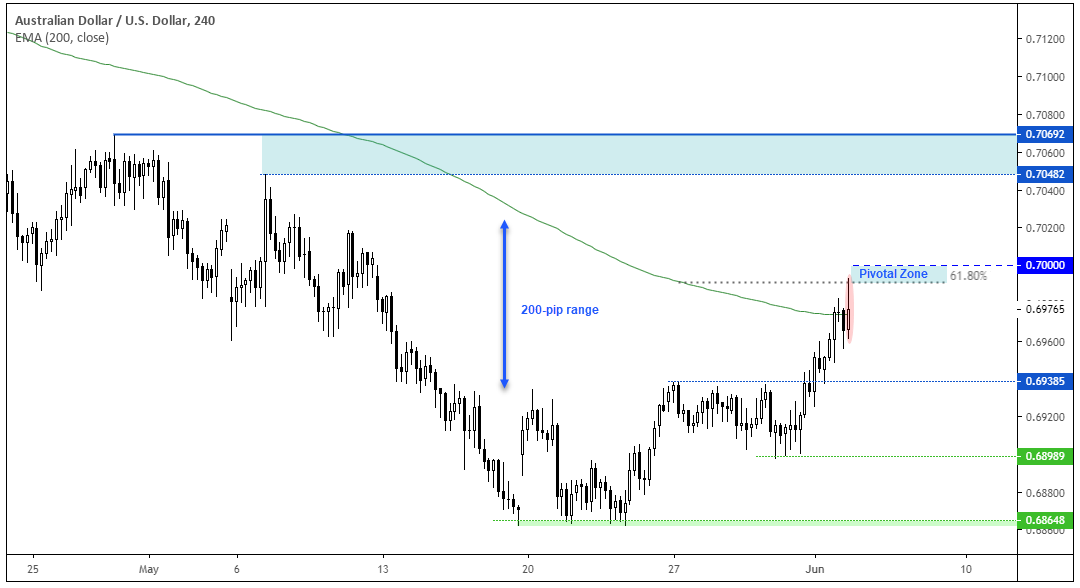 AUD/USD has been helped higher by a weaker US dollar along with news that Australia narrowly escaped Trump’s latest tariffs. Yet now, traders are clearly awaiting Lowe’s cue for its next directional move.

Trading just below 70c, it’s found resistance near the 200-period eMA and 61.8% Fibonacci level, making 0.6990 – 0.7000 a pivotal zone. Furthermore, as it’s trading near the centre of a 200-pip range, it could leave plenty of meat on the bone around this key level depending on how dovish (or not) Lowe is in a few hours.