The RBA will most likely “stay the course”

During the upcoming Asian session, the Reserve Bank of Australia (RBA) will be holding its regularly scheduled Interest Rate Decision meeting.  However, there is unlikely to be any fireworks from the meeting or the accompanying statement.  On March 3rd, the RBA was expected to leave rates on hold as the coronavirus was just beginning to spread its way out of China.  However, the Bank cut rates from 0.75% to 0.50%.  Less than 2 weeks later, on March 19th, the RBA slashed rates to 0.25% to combat negative economic effects from the coronavirus.  The Board said they would not increase the rate until progress is made in employment and they feel inflation will be with in 2-3% target.  In addition, Australia began their own Quantitative Easing program and will continue to provide liquidity via repo operations until further notice. 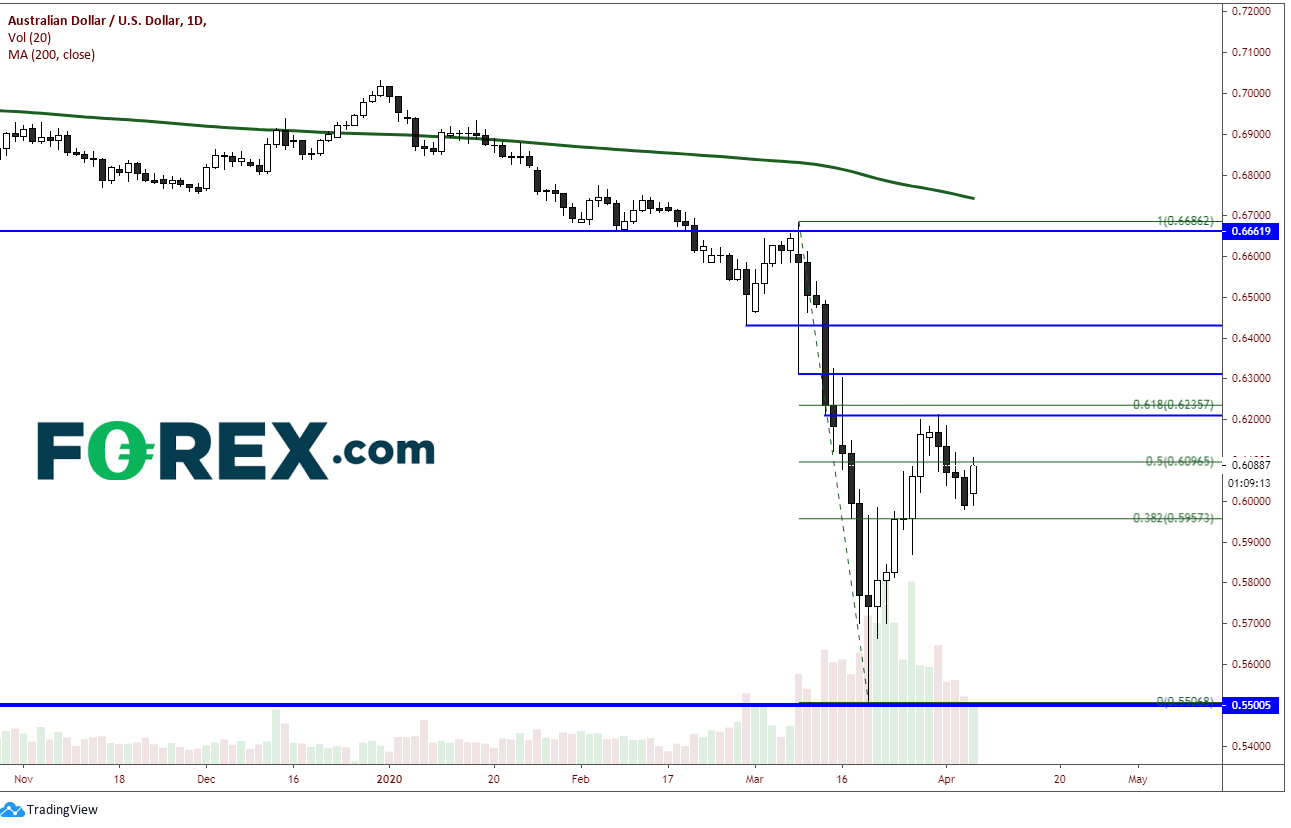 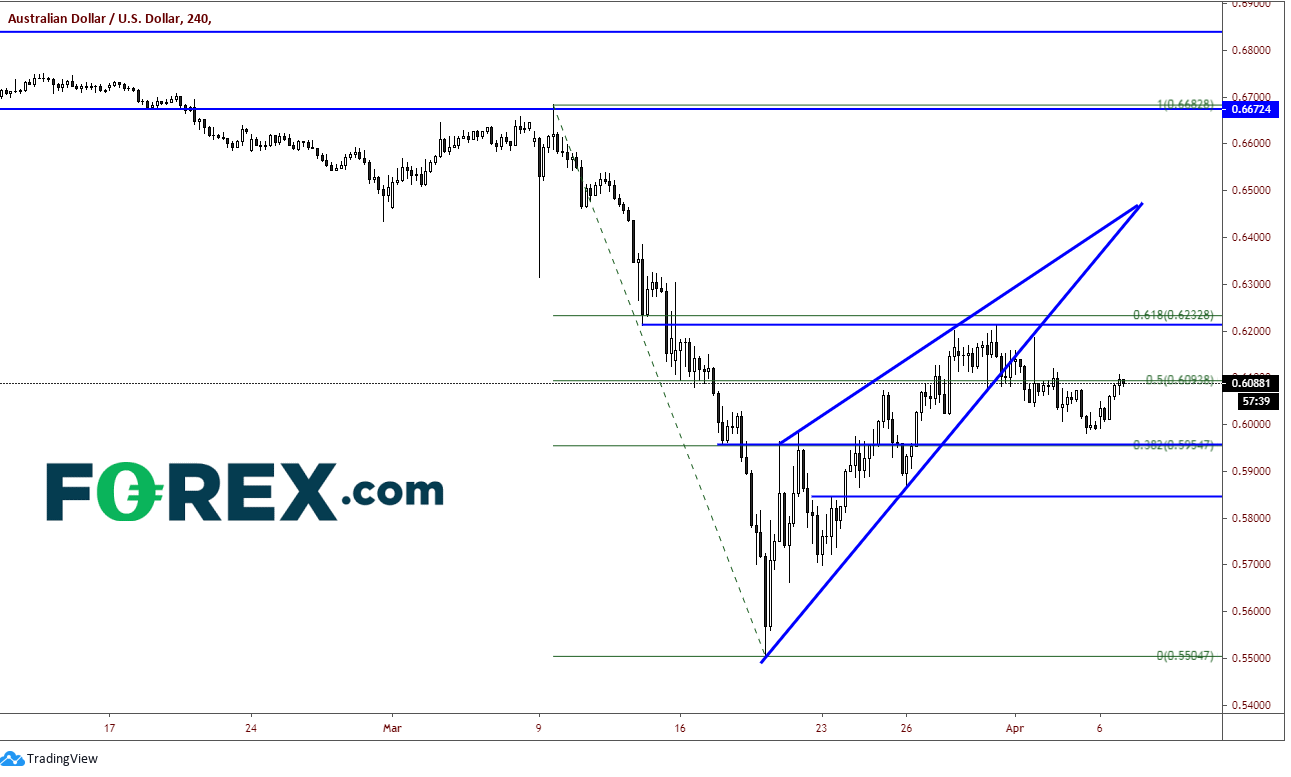 AUD/USD closed over +1.5% today.  It seems as if each day traders cling to news of whether the new number of coronavirus cases was higher or lower than the previous day.  Over the course of the last 2 days, traders are taking the data as “positive”, hence the S&P 500 was up nearly 7% today.  This also helped push AUD/USD higher.  The RBA will mostly likely try and “stay the course” until they get more evidence of a global decline in infections before they do anything to interest rates.