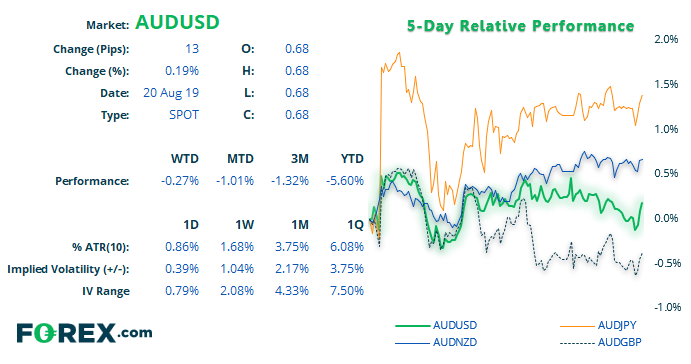 RBA opted to hold rates at the record low rate of 1% in August meeting and, whilst their statement left the door open for further easing, it was s very much a “steady as she goes” approach. Today’s minutes pretty much stick to this script, so the market reaction was muted.

Ultimately the RBA want to see a lower unemployment rate accompany higher wages to fend off further easing on the domestic front. However, actions from other central banks (particularly the Fed) will also impact their policy timing, as to avoid getting left behind for a race to the bottom.

RBNZ surprised markets with a 50bps cut just one day after RBA’s meeting, which puts their OCR on par with RBA’s 1% record low rate. However, it’s likely to be Fed action (or lack of) which could force RBA to ease and sooner. Therefor we’ll keep a close eye on FX Rates could be Quiet until PMIs and Jackson Hole Later this Week. As it stands, the RBA rate indicator sees just a 20% chance of a 25 bps cut in September whilst OIS markets, down from 40% over a week ago. A cut is full priced in for November, whilst OIS doesn’t full price in a cut until February. 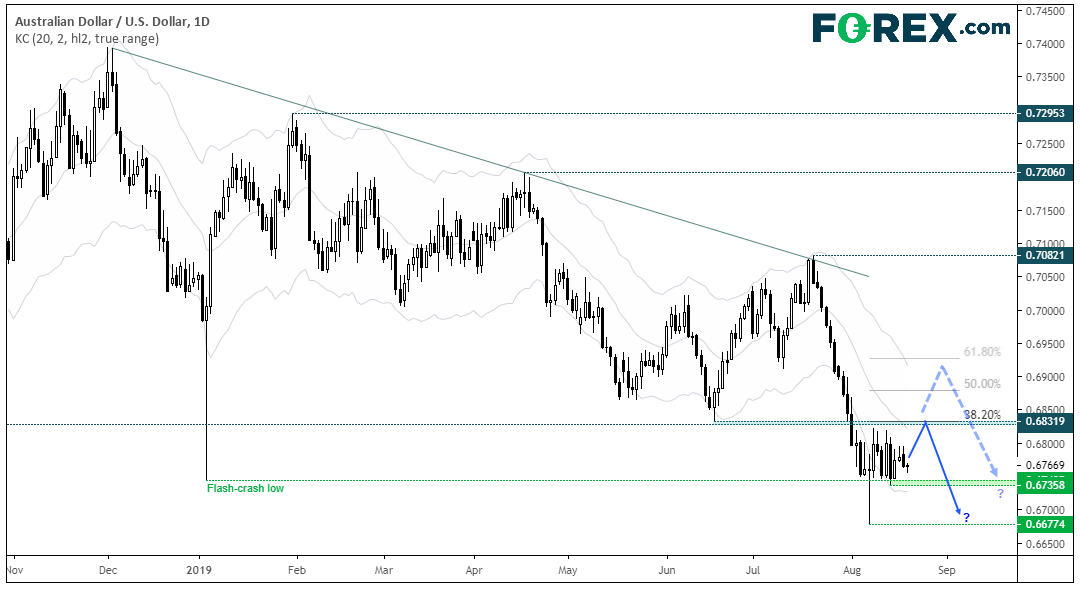 The daily trend structure for AUD/USD remains bearish, and as the fall from 0.7082 saw a notable pickup of downside momentum it suggests new lows could eventually be on the cards. However, given the lack of mean reversion we’re on guard for the potential of a deeper retracement. But ultimately, we’re on the look-out for range expansion to mark its next directional move.