From a chartist point of view, the stock price struck against the key horizontal resistance threshold at 8110p while the weekly RSI reversed down from its overbought territory. Prices fell below the 20WMA. As long as 8110p is resistance, a continuation of the consolidation move is likely towards 7084p and 6750p (overlap). Only a push above 8110p would reinstate a bullish bias. 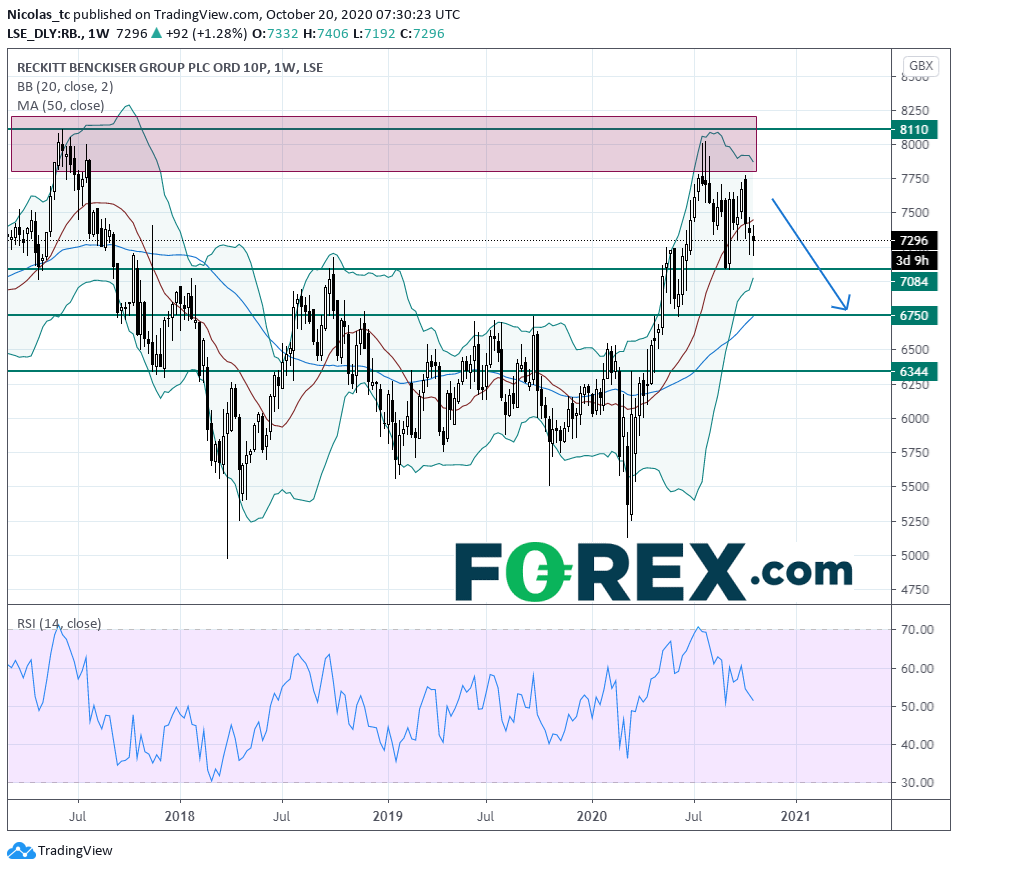