Renault, the carmaker, plans to cut 5,000 jobs in France by 2024, mainly through unreplaced retirements, as part of the €2 billion savings plan that the carmaker will present on Friday

Renault, the carmaker, plans to cut 5,000 jobs in France by 2024, mainly through unreplaced retirements, as part of the €2 billion savings plan that the carmaker will present on Friday, Le Figaro reported on Tuesday evening.

Yesterday, President Emmanuel Macron announced a "historic plan" to support the financially troubled automotive industry. The French State will provide just over €8 billion in aid to the sector, also includes state-backed loans such as 5 billion euros slated for Renault.

From a chartist’s point of view, the stock price is nearing the upper end of its short term trading range at 19.9E. The daily Relative Strength Index (RSI, 14) escaped from its consolidation range. In addition, the 20/50DMAs have validated a bullish cross.

A breakout confirmation of the key resistance around 19.9E (buy stop) would call for a rapid recovery towards 23.6E (measured up move).

Caution: a failure breakout of the resistance threshold would put the stock under pressure again with 17E as first target. 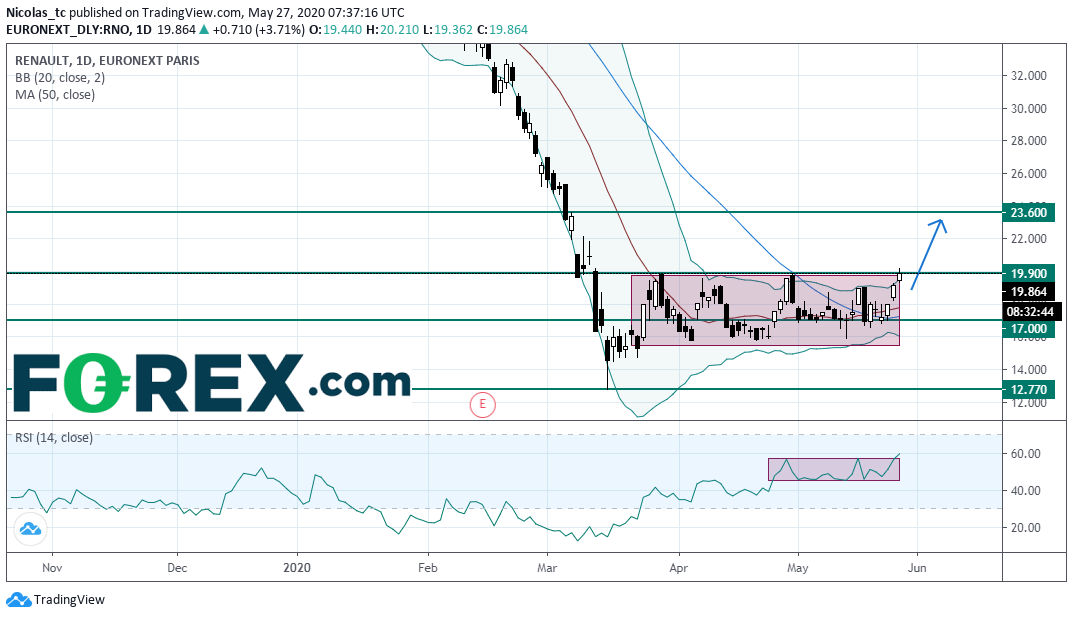