Risk off may continue, but It may be Time to Buy USD/CHF

Historically, the Swiss Franc has been considered to be a “Flight to Safety”.  In other words, as risky assets begin to sell off, such as stocks, one may consider selling the USD and buying CHF.  Therefore, selling USD/CHF makes sense when there is a risk off move.

However, over the last few years the Swiss National Bank has given the market reason to reconsider this thinking.  (To be more specific, the unreliability of the SNB began on January 15, 2015 when the SNB depegged the Euro from the Swiss Franc and EUR/CHF began to freefall).  Since then, the SNB has been intervening in the currency markets to prop up the Swiss Franc pairs.

Therefore, when we see risk off moves these days, the Swiss Franc is not necessarily considered to be the “Flight to Safety” that it once was.

USD/CHF has been in an upward channel since March of 2018.  On Monday, the pair broke lower through the bottom Trendline at .9735, and quickly bounced back into the channel the next day, creating a false breakdown.  In addition, the RSI is now diverging from price, and the pair put in a lower level on price, however a higher level on the RSI. 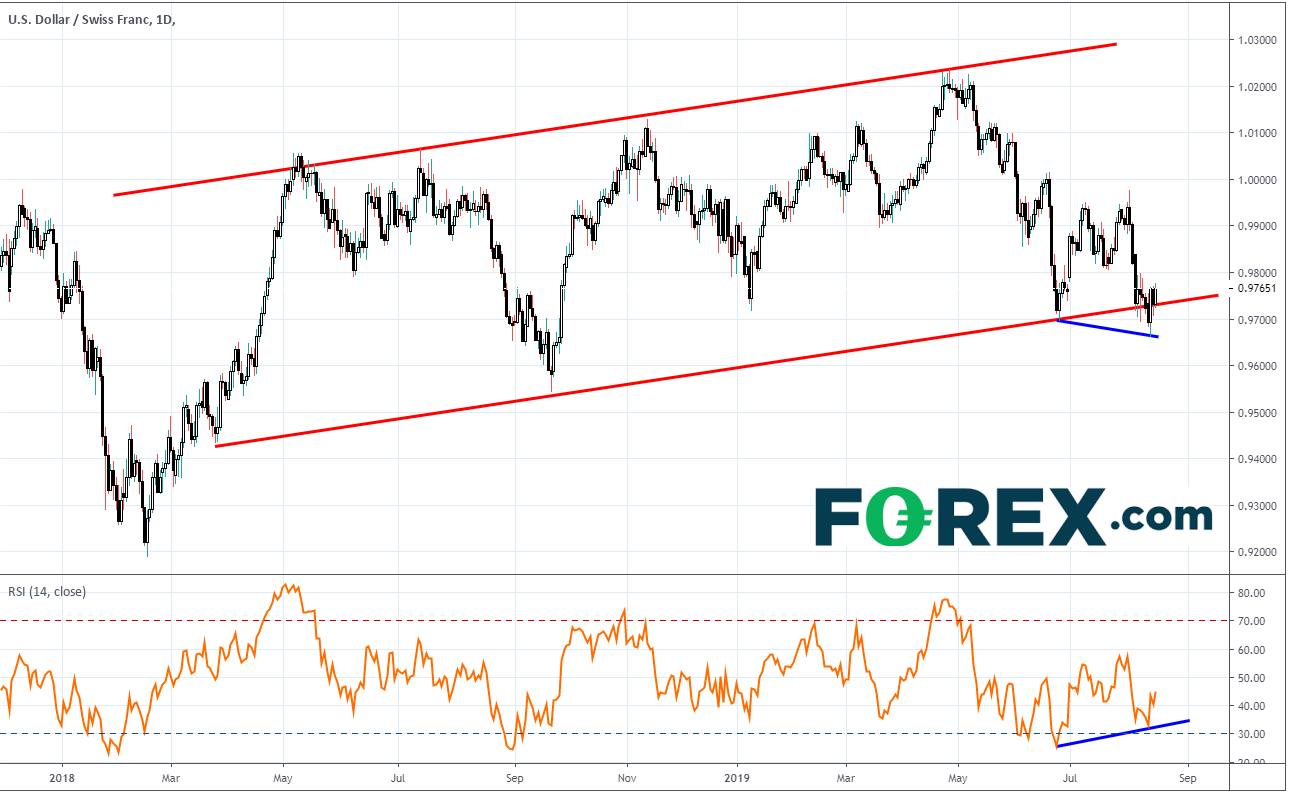 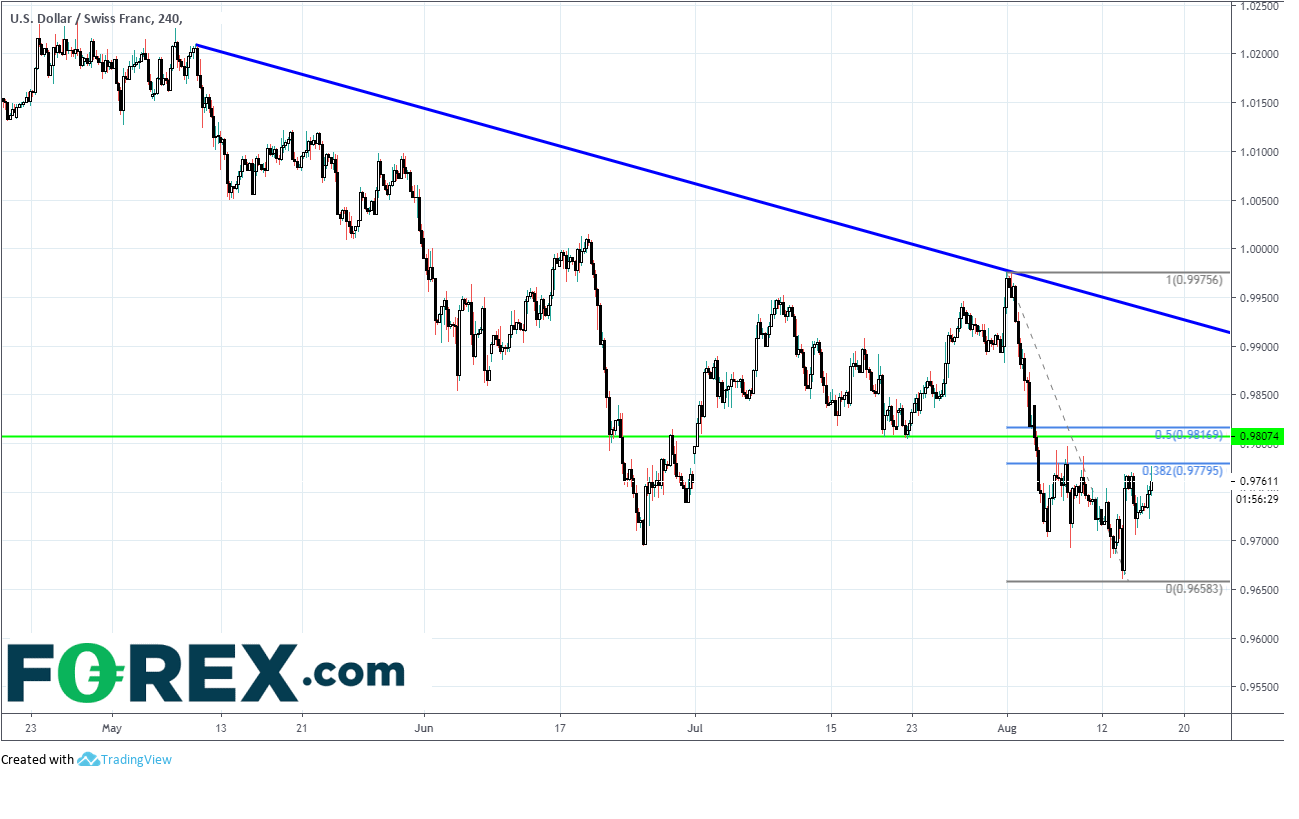 First resistance is the 50% retracement level from that same period and horizontal resistance at roughly .9815.  Above that, the pair could then target the downward sloping trendline near .9925.  Support is down at Tuesday’s lows, .9658.