Rolls-Royce, the aerospace engine maker, proposed major reorganisation in response to the impact of COVID-19

Rolls-Royce, the aerospace engine maker, proposed major reorganisation in response to the impact of COVID-19. The company announced plans to cut 17% of its workforce and boost savings goals.

"It is, however, increasingly clear that activity in the commercial aerospace market will take several years to return to the levels seen just a few months ago. We expect the loss of at least 9,000 roles from our global workforce of 52,000. We will also cut expenditure across plant and property, capital and other indirect cost areas. The proposed reorganisation is expected to generate annualised savings of more than 1.3 billion pounds."

From a technical perspective, the stock price remains in a down trend capped by the declining 20WMA. The weekly Relative Strength Index (RSI, 14) is capped by a key declining trend line and remains within its oversold area (30%).

As long as 378p is resistance, readers may want to consider the potential for short positions towards next bearish target at 130p.

Only a push above 378p would negate the bearish view and would call for a recovery towards 477p. 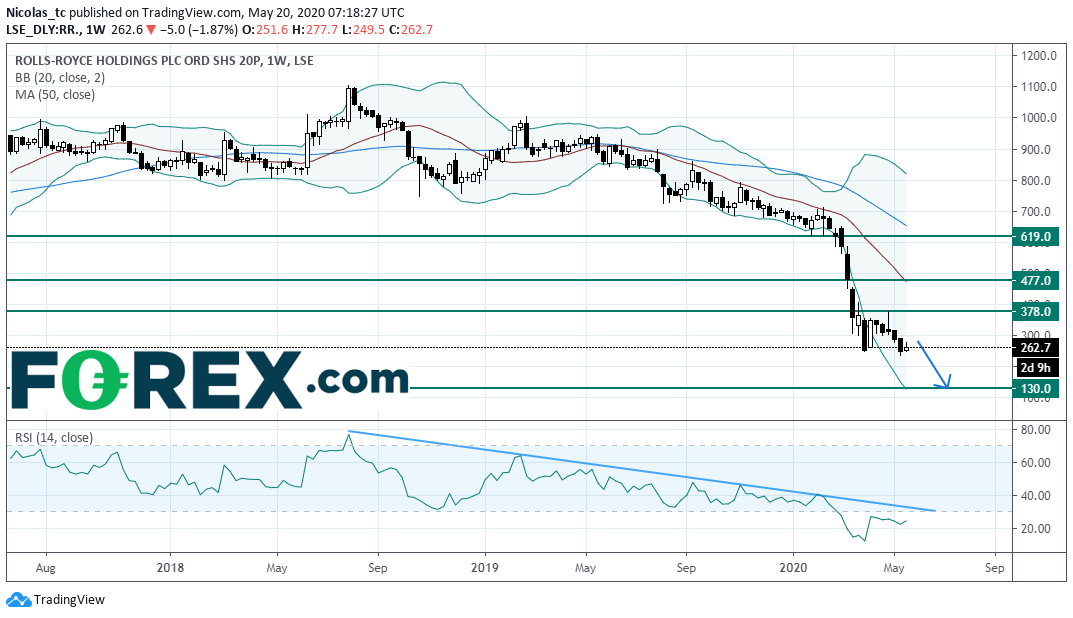