Rotten Apple heading into the holidays

If Apple continues to have supply chain issues and sees a lack of demand for its iphone 13s, the double whammy should continue.

On Wednesday, Apple (AAPL) reportedly told suppliers that there may not be a boost in demand for its iphone 13 heading into 2022 as supply chain issues ease.  Apple had originally let investors know that due to problems throughout the supply chain, the production goal will be cut.  However, now the bad news is compounded.  Letting suppliers know that they may not have to pick up the pace once bottlenecks ease will not only set AAPL back in its forecasts, but it will also set back its suppliers who were previously looking to work double-time to pick up the slack once the supply chain problems are over.

Apple’s share price reached new all-time split-adjusted highs yesterday 170.30, before reversing and closing down 3.62%, near 164.65.  Price had been in an orderly, long-term upward sloping channel since August 2020 before breaking above the top trendline yesterday.  Price hit the 161.8% Fibonacci extension from the September 7th highs to the October 4th lows at 169.00 before reversing lower and moving back into the channel.  Note the RSI was in overbought conditions as well.  The candle on the daily timeframe was a shooting star, an indication of a reversal. 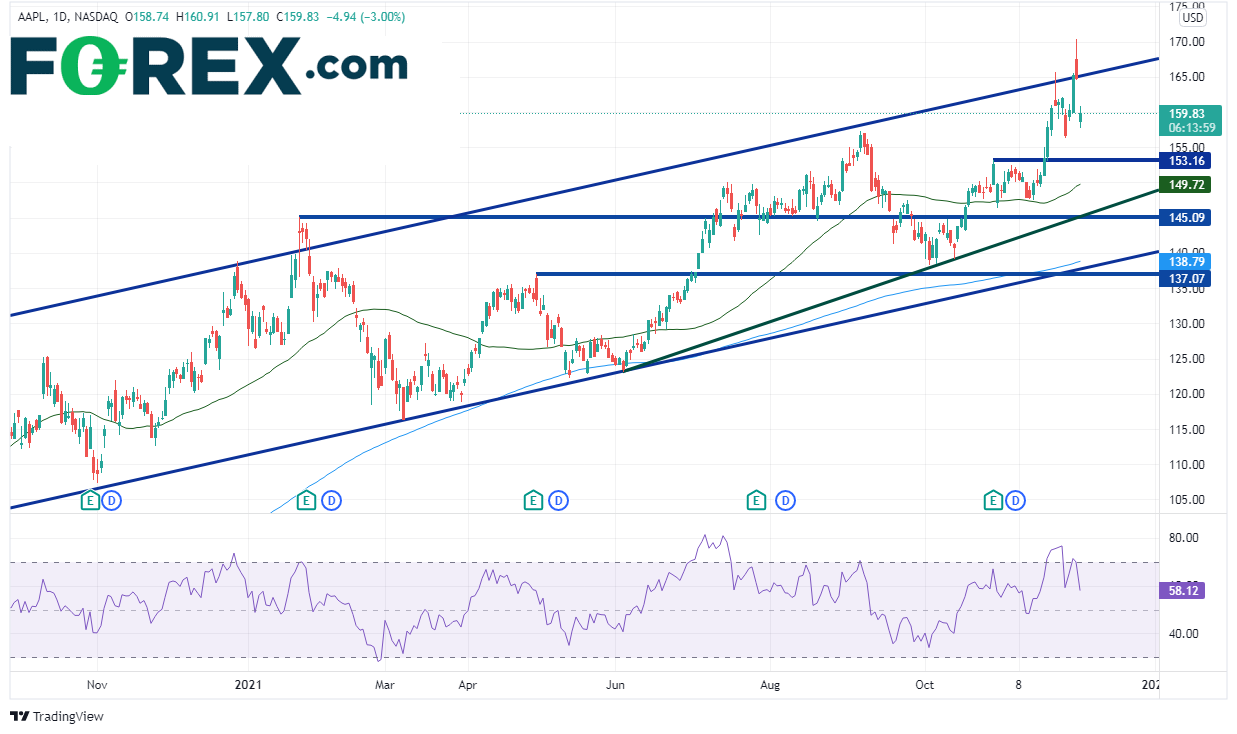 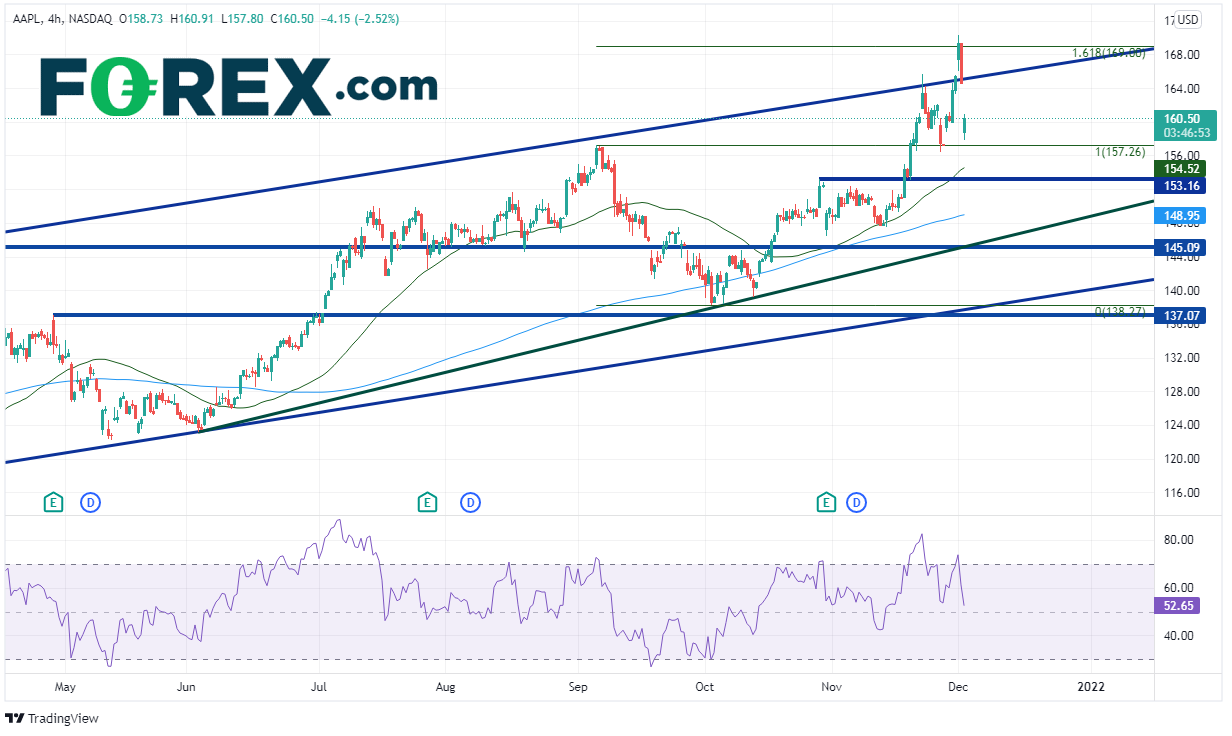 If Apple continues to have supply chain issues and sees a lack of demand for its iphone 13s, the double whammy should continue.  However, don’t forget Apple has other products as well, one of which may be in the EV market in the future!