Royal Mail, a postal service and courier company, posted 1H adjusted profit before tax declined 87.7% on year to 8 million pounds and adjusted operating profit dropped 77.6% to 37 million pounds on revenue of 5.67 billion pounds, up 9.8%. Regarding the outlook, the company stated: "Royal Mail revenue is now projected to be £380 million to £580 million higher year on year, (...) We anticipate Royal Mail would be better than break even, at an adjusted operating profit level, if revenues outturned at the higher end of the scenario."

From a chartist’s point of view, the upside breakout of the upper end of a short term rising channel has reinforced the strength of the bullish trend. Prices are supported by the rising 20/50DMAs. The daily RSI (14) is bullish but highly overbought. Potential pullback to the 50DMA currently at 249p could be seen as a buying opportunity. Only a break below the support zone 249p – 222p would invalidate the bullish bias. Next targets are set at 330p and 370p (horizontal resistance thresholds). 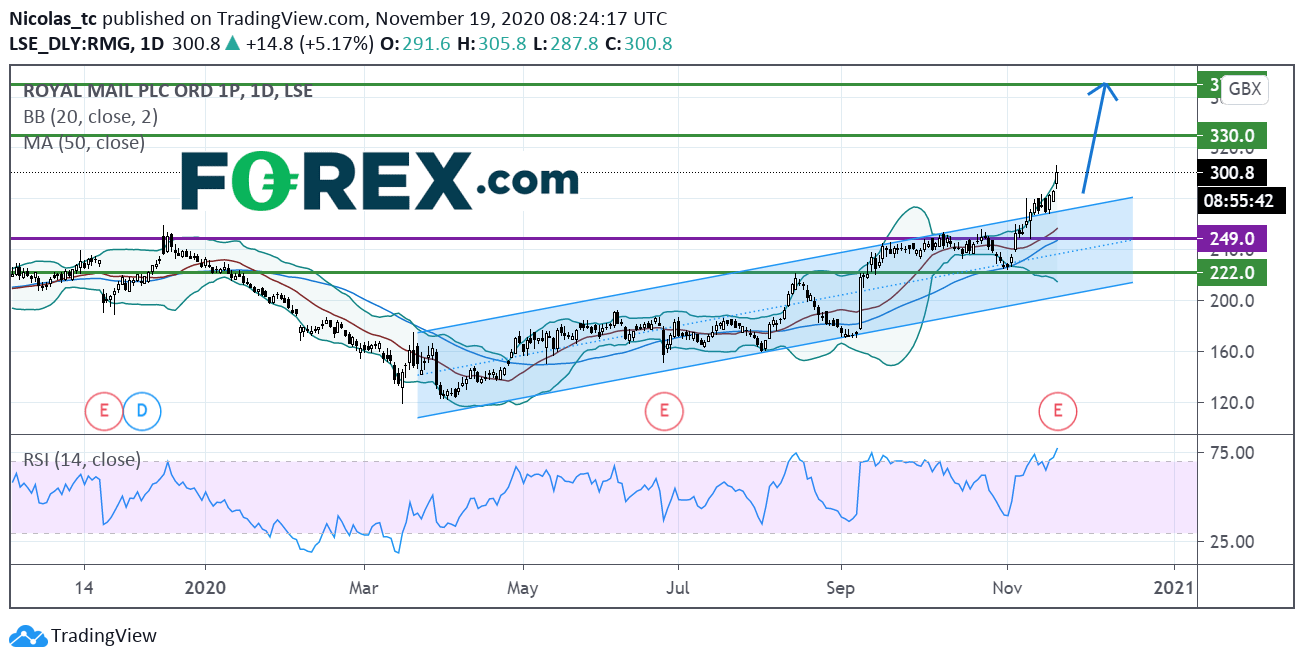