<p>Ahead of the FOMC statement, the charts of the S&P suggest there is a possibility for a pullback in US stock markets, though at this stage there are no confirmation signs to suggest this will indeed be the case. Bullish speculators should therefore proceed with extra caution, while the conservative bears may want to wait for confirmation.  The outcome of the FOMC statement and Janet Yellen’s press conference will no doubt have an impact on the foreign exchange markets, as my colleague Matt Weller wrote in his preview yesterday. For stocks, a hawkish surprise may be a negative outcome, while a surprisingly dovish tone could be positive.</p> 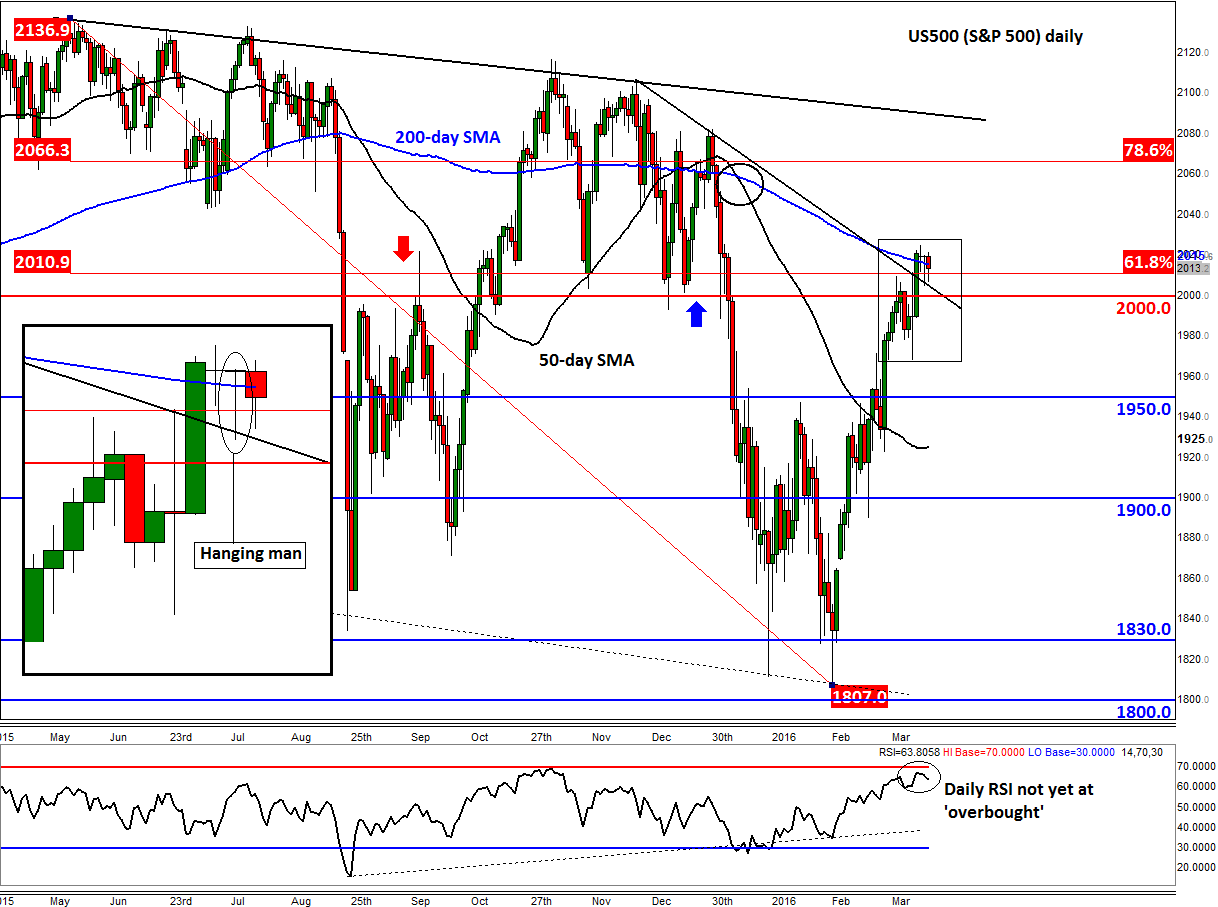 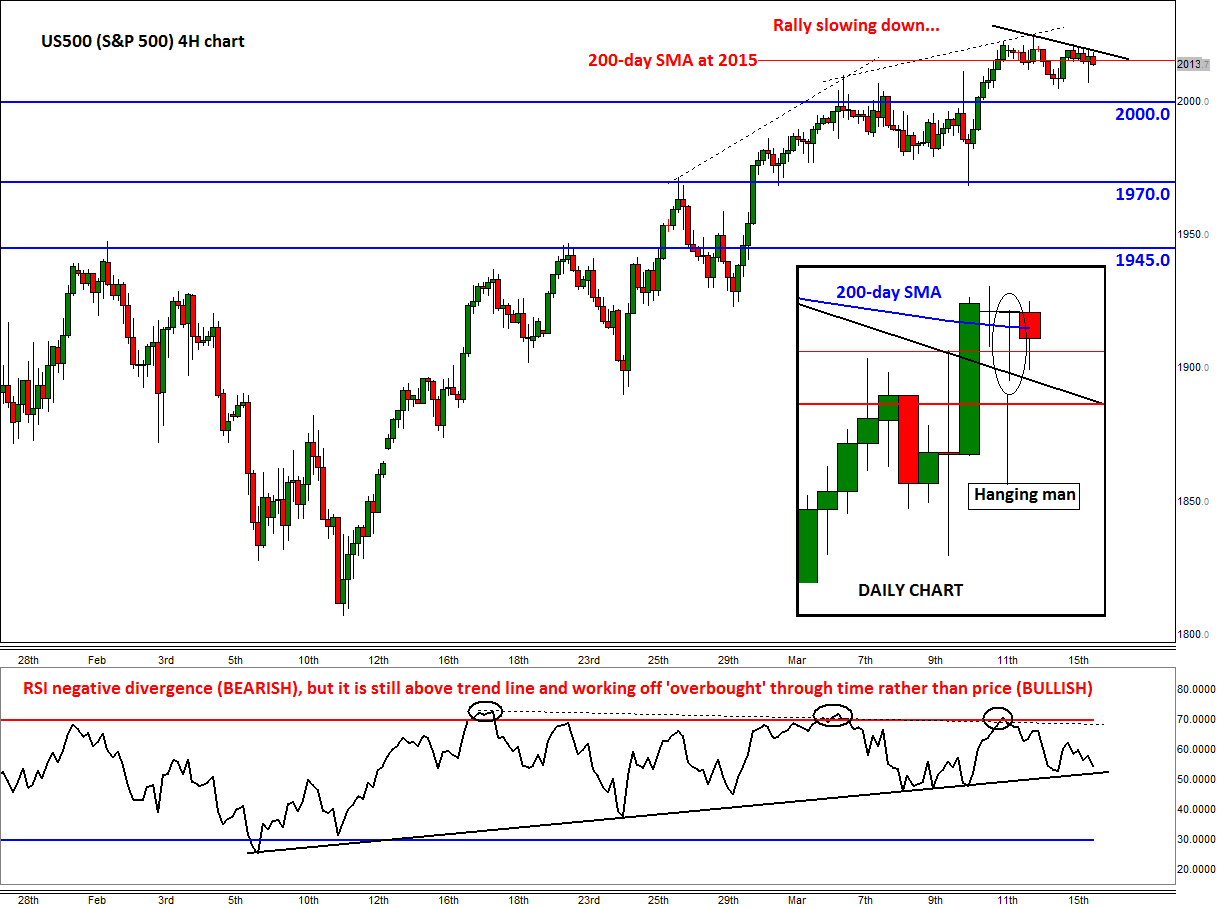