<p>The S&P 500 is now just 20 or so points away from reaching its previous record high of 2134/5 achieved back in May 2015. Will it reach or surpass this level remains to be seen, but with oil prices rallying, Chinese data improving slightly and central banks remaining uber-dovish, I wouldn’t bet against it. That being said, profit-taking may cause the index to pause here for a while. So a short-term pullback wouldn’t surprise me either.</p> 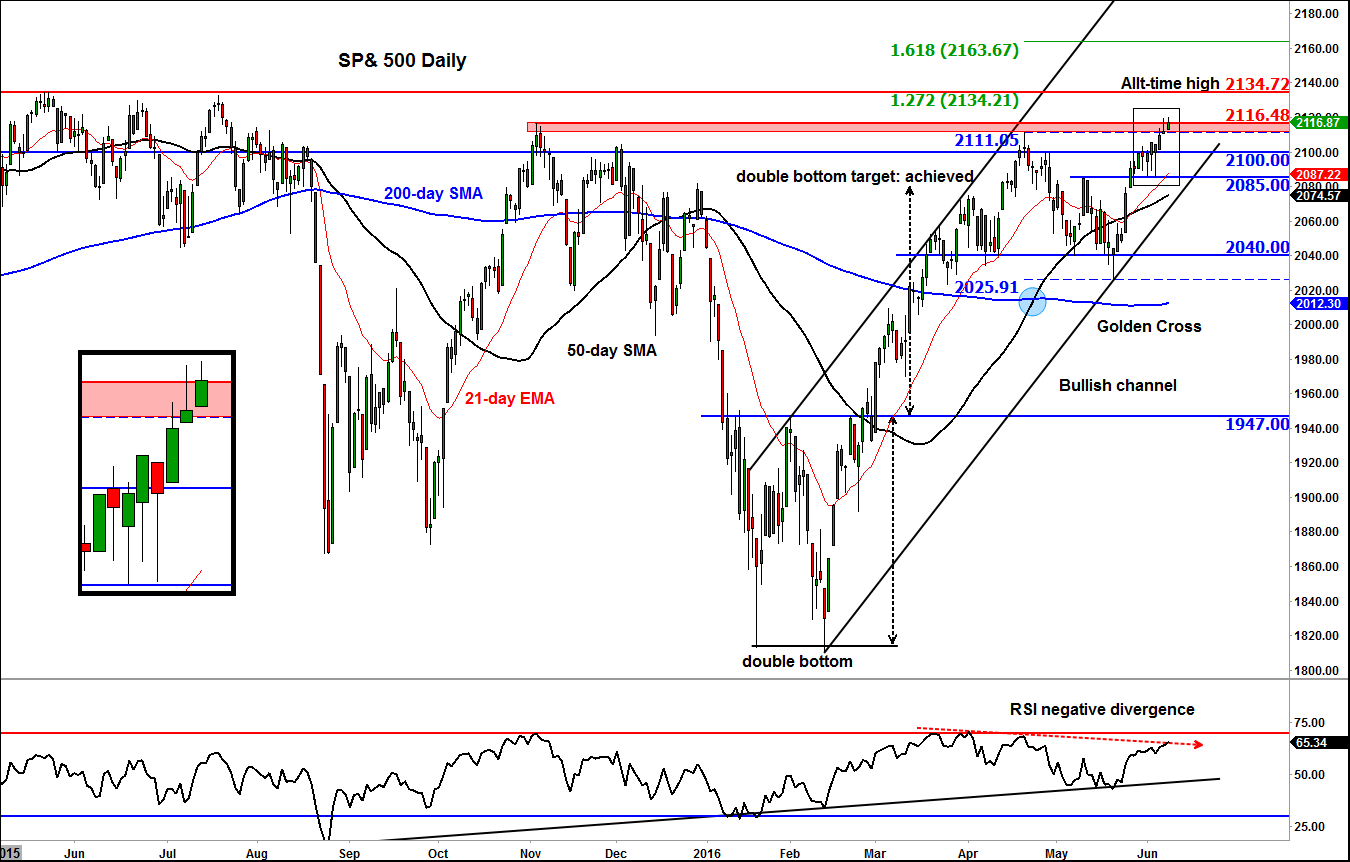