SAP, a German software firm, reported that 2Q net income grew to 1.38 billion euros from 1.30 billion euros in the prior-year period, and non-IFRS operating profit was up 7.7% on year to 1.96 billion euros. 2Q total revenue edged up 1.2% to 6.74 billion euros including 2.04 billion of cloud revenue, up 20.3%. The Company reconfirmed its 2020 outlook. Also, the Company announced plans to take its data-analysis unit Qualtrics public through an IPO.

From a technical point of view, the stock price is trading close to its historical high reached last week, before Friday opening sharp correction. Yet, prices remain supported by their upward crossing 20 and 50-day moving averages. However, as the daily RSI is posting a bearish divergence, the risk of a downturn is relatively high thus a tight invalidation level around the 20-day moving average is warranted. As a consequence, traders may consider long position above 133.00 with a target at 150: 1.618 Fibonacci projection of March to May up leg. Alternatively, a downside breakout of 133 would trigger a bearish acceleration towards the former resistance area at 127.00 now acting as a support. 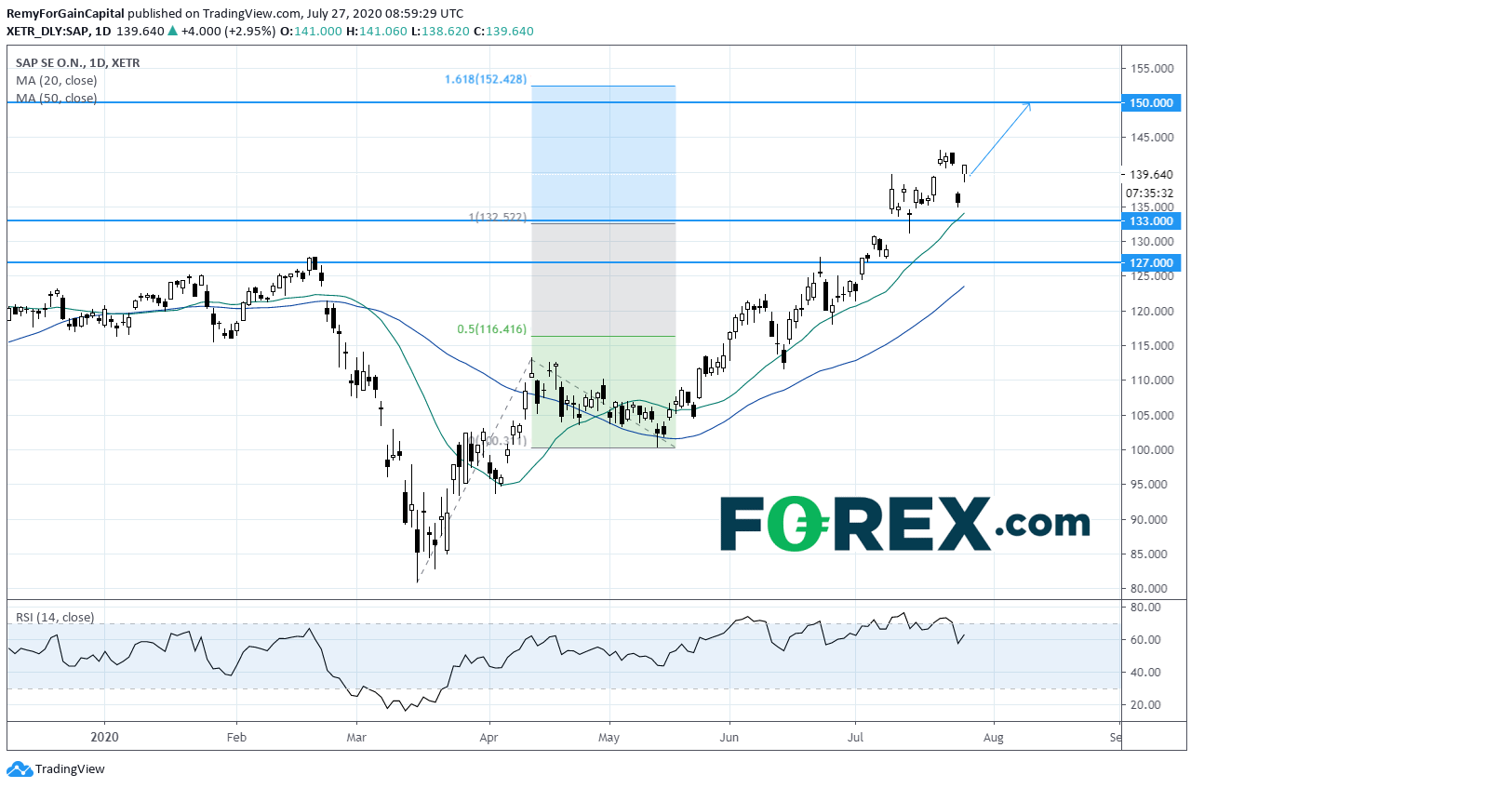