The company has raised its full-year organic revenue growth forecast to -5% to -7% from -7% to -10% previously.
The adjusted Ebita margin is expected to be between -20 and +10 basis points on an organic basis, compared with -90 to -50 basis points previously, implying an adjusted Ebita margin of around 15.1% to 15.4%, including the scope of consolidation and exchange rate effects compared with current estimates.

From a chartist point of view, the stock price remains in a bullish trend, within a short term upward-sloping channel and supported by the rising 20WMA. The weekly relative Strength Index (RSI, 14) is bullish and not overbought. A key support base has formed at 100E (overlap). As long as 100E is support, readers may consider the potential for opening Long positions with 115E and 123E as targets (Fibonacci projection). Alternatively, a push below 100E would open a path to see 87E. 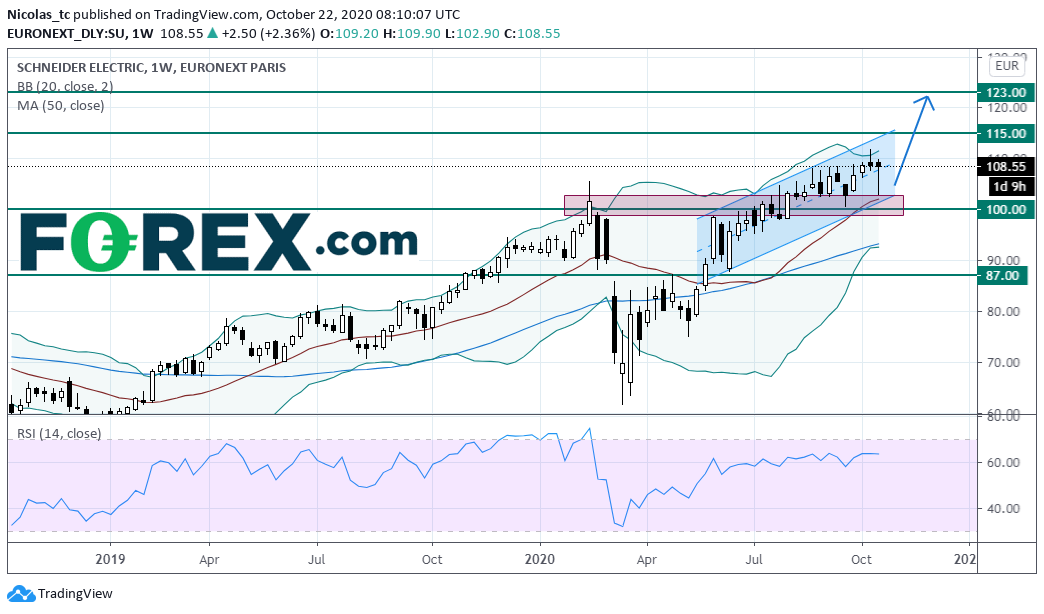