After a bumpy ride throughout August, perhaps volatility can subside and present us with a more directional move once traders return to their desks.

It's been a volatile month for markets, with the fallout from the ongoing trade war, attacks on the Fed, Brexit and Italian elections (to name a few rivers). This may feel counter to how markets ‘should be’ during the lazy summer periods yet, according to the seasonality for VIX, it appears to be on track for a typical summer month. 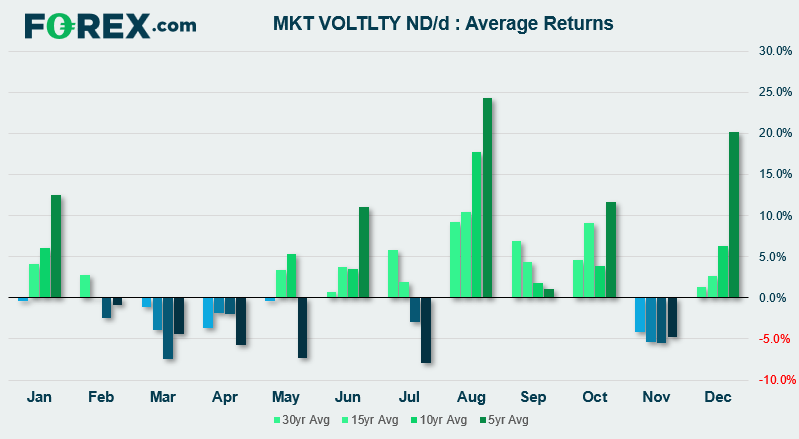 Taking the past 30 years of data, we can see that the VIX is typically higher during the month of August. Moreover, the average has increased if we measure over the past 5, 10 and 15 years. Whilst each August will have its own tale to tell, it can partly rationalised to a lower liquidity environment which can leave markets (such as the S&P500) more vulnerable to large moves from perhaps smaller headlines.

Looking forward, we can see that the level of VIX typically lowers during September as traders return to their desks. In turn, this could suggest we’re in for a period of dull, sideways trading or (hopefully) lower volatility at the beginning of new trends amid a more liquid market. Of course, time will tell, but it’ something to consider moving forward (and whilst the S&P500 remains rangebound). 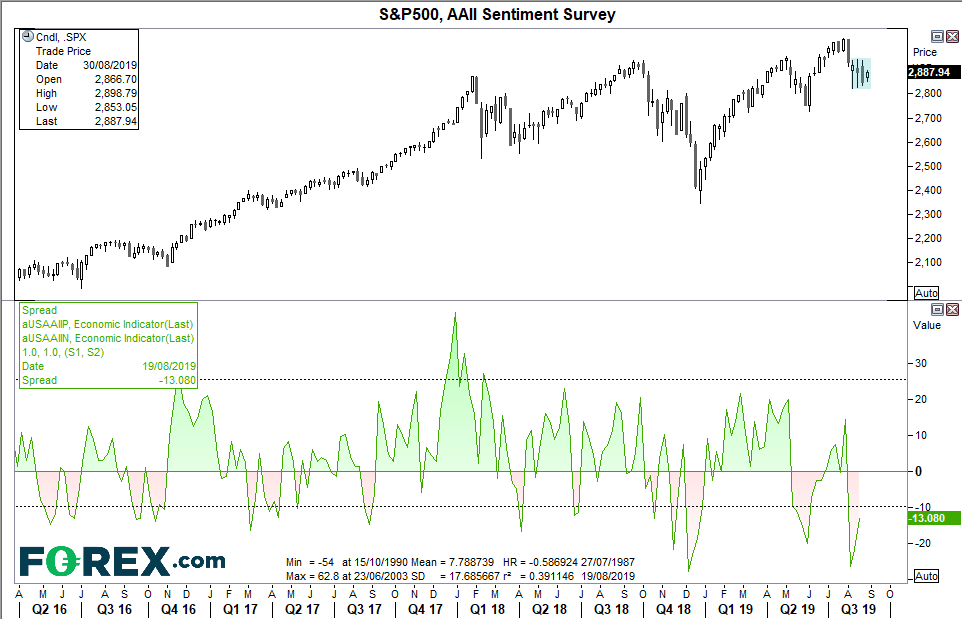 It’s possible we may not see the S&P500 break out of range until traders (and therefore volumes) return, so traders could look to buy at the lows or short at the highs. However, we’ve noticed that the AAII Sentiment Survey (American Association of Individual Investors) has signalled a bearish extreme earlier this month. As with most sentiment indicators, timing can be off, but looking back through history shows that extremely low readings can occur some time around the actual price low, give or take a few weeks. The indicator is the spread between bullish and bearish investors, and the dotted lines represent +/1 1 standard deviation. And, given we’ve seen the yield curve invert which has historically been bullish for the S&P500, perhaps traders will want to enter long when they return from their break. As always, let price action be your guide.