The Nikkei Index opened lower and fell around 2% on Friday, following the drop of the U.S. market last night.....

The Nikkei Index opened lower and fell around 2% on Friday, following the drop of the U.S. market last night.

On the economic, Japan's industrial production fell 3.7% on month in March (-5.0% estimated), and retail sales declined 4.5% (as expected), according to the government. Housing starts dropped 7.6% on year in March (-15.9% expected) and construction orders declined 14.3% (+0.7% in February). Meanwhile, Consumer Confidence Index slid to 21.6 in April (27.6 expected) from 30.9 in March. From those economic data, we could see that Japan's economy is suffering from the effect of COVID-19.

On a daily chart, the Nikkei index retreated from 20350 and filled the gap created on April 30 after touching the 50% retracement between January top and March low.

Currently, the index is trading within the "Rising Wedge". This pattern could be a reversal pattern or continuation pattern. A break below the lower support line could indicate a reversal signal. Oppositely, a break above the upper resistance line would signal the resumption of recent trend. As the prices have not validated the pattern, it is better to watch it closely and stay neutral.

On the upside, a break above the recent high at 20350, where the unfilled gap occurred on March 9 also, would bring a further advance to the resistance level at 21700 (the reaction high on March 3). 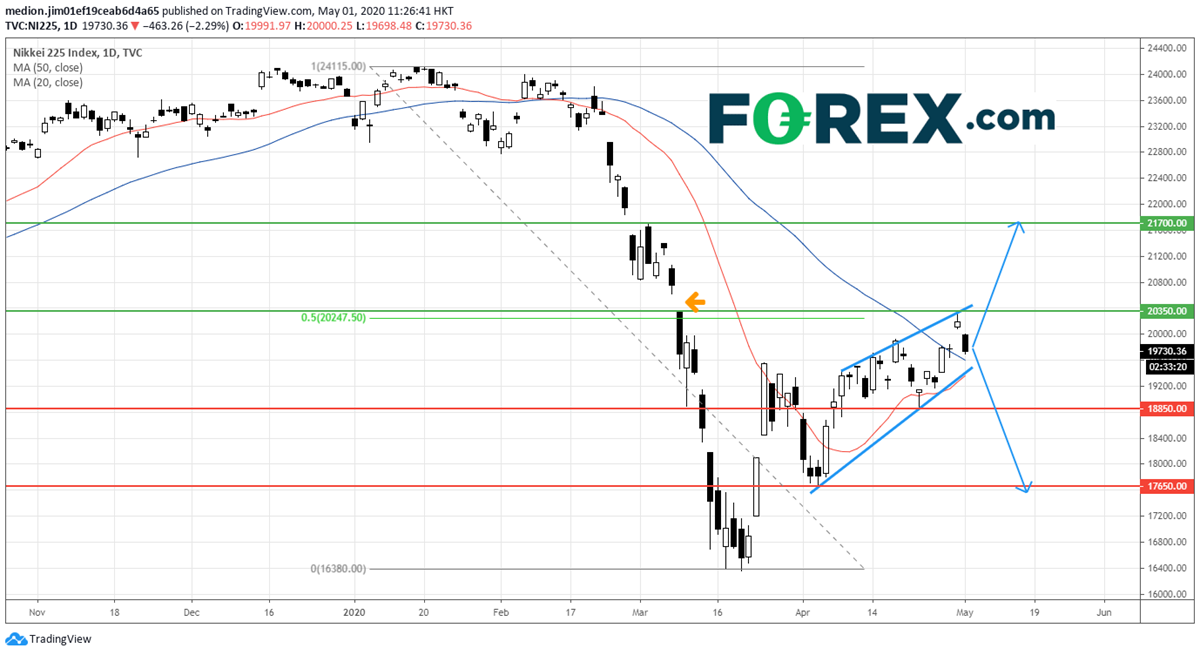