As well as a weaker dollar, precious metals have found support from safe haven flows amid weakness on Wall Street where positive bank earnings have failed to keep the indices at record levels, with the S&P 500 dropping back below the 3K mark.

Earlier we wrote on the dollar, pointing to the fact it had found some mild support on the back of improvement in US data. We noted that we were not convinced the greenback would be able to sustain its gains because of investors’ conviction about falling interest rates in the US, and if the dollar were to weaken, it will most likely be the likes of silver and commodity dollars where we could see the greenback struggle the most against. Lo and behold, the dollar has eased back a little since that report was written, allowing buck-denominated gold and silver to break further higher. As well as a weaker dollar, these precious metals have found support from safe haven flows amid weakness on Wall Street where positive bank earnings have failed to keep the indices at record levels, with the S&P 500 dropping back below the 3K mark. It looks like silver is finally catching up with gold, with the latter breaking out months earlier. Now the grey metal has just taken out its bearish trend line after breaking resistance at $15.50. The area between $15.30 and $15.50 is now the most important support that the bulls need to defend. If they do, then we could see further gains in the days and weeks to come. 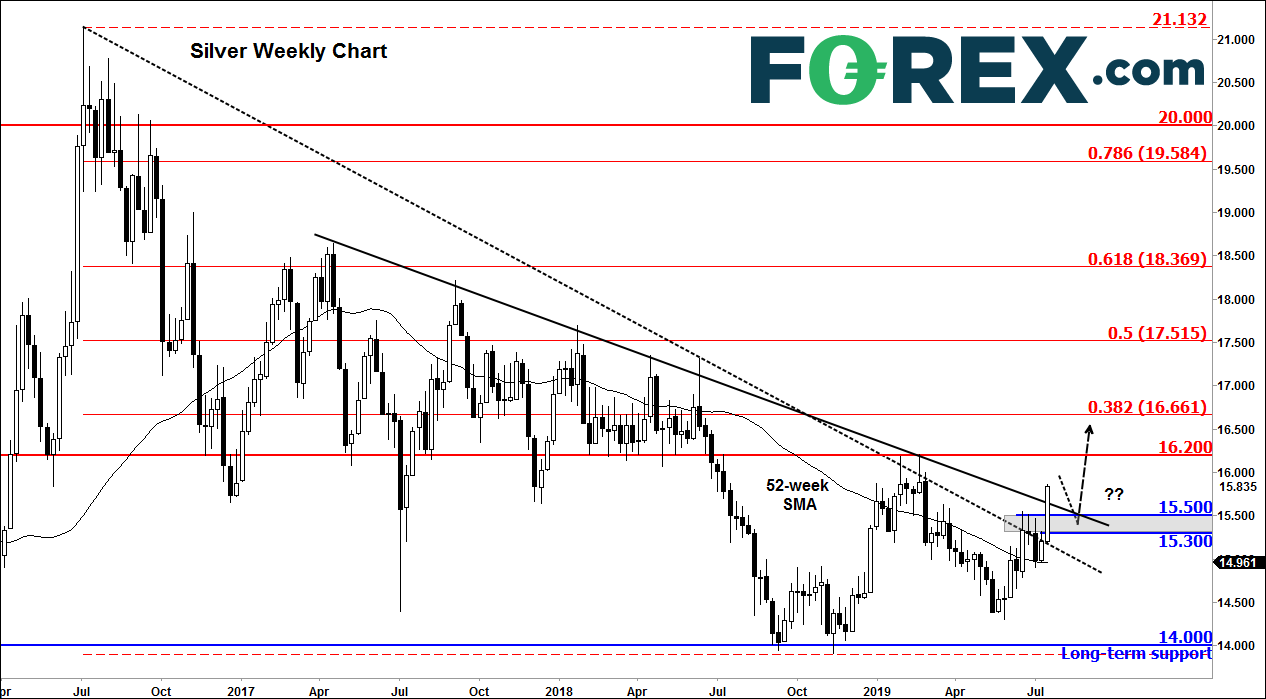