Although this weeks FOMC meeting, provided dovish reinforcement to the Feds new policy framework announced at the Jackson Hole Symposium, it failed to put an end to the more cautious tone evident in the U.S. stock market in September.

Overshadowing the Feds renewed commitment to ultra-dovish policy, investors remain cautious due to some of the factors listed below.

There is also a concern that the significant improvement in economic data that until now has helped power U.S stocks higher, has stalled and begun to decelerate.

Looking at the chart of the 4 week average of US jobless claims below, it can be observed that after a sharp spike higher in April following the lockdowns, the pace of improvement has noticeably decelerated in August and September.

Seasonally, September is a month that usually provides its fair share of speed bumps, particularly after the expiry of U.S. equity indices which occurs tonight.

Research by US investment bank, Morgan Stanley shows that since 1998, E-mini S&P 500 futures have underperformed over the 5 days following the quarterly expiry. After the September expiry, the effect is more pronounced and exhibits a median 5-day return of -1.22%.

All in all, September will likely be the S&P500’s first negative month since it began its 65% rally in late March. The current downdraught is viewed as being part of a corrective pullback, rather than a reversal lower.

From the 3128/3100 support area, we will look for signs of stabilisation and for the uptrend to resume. 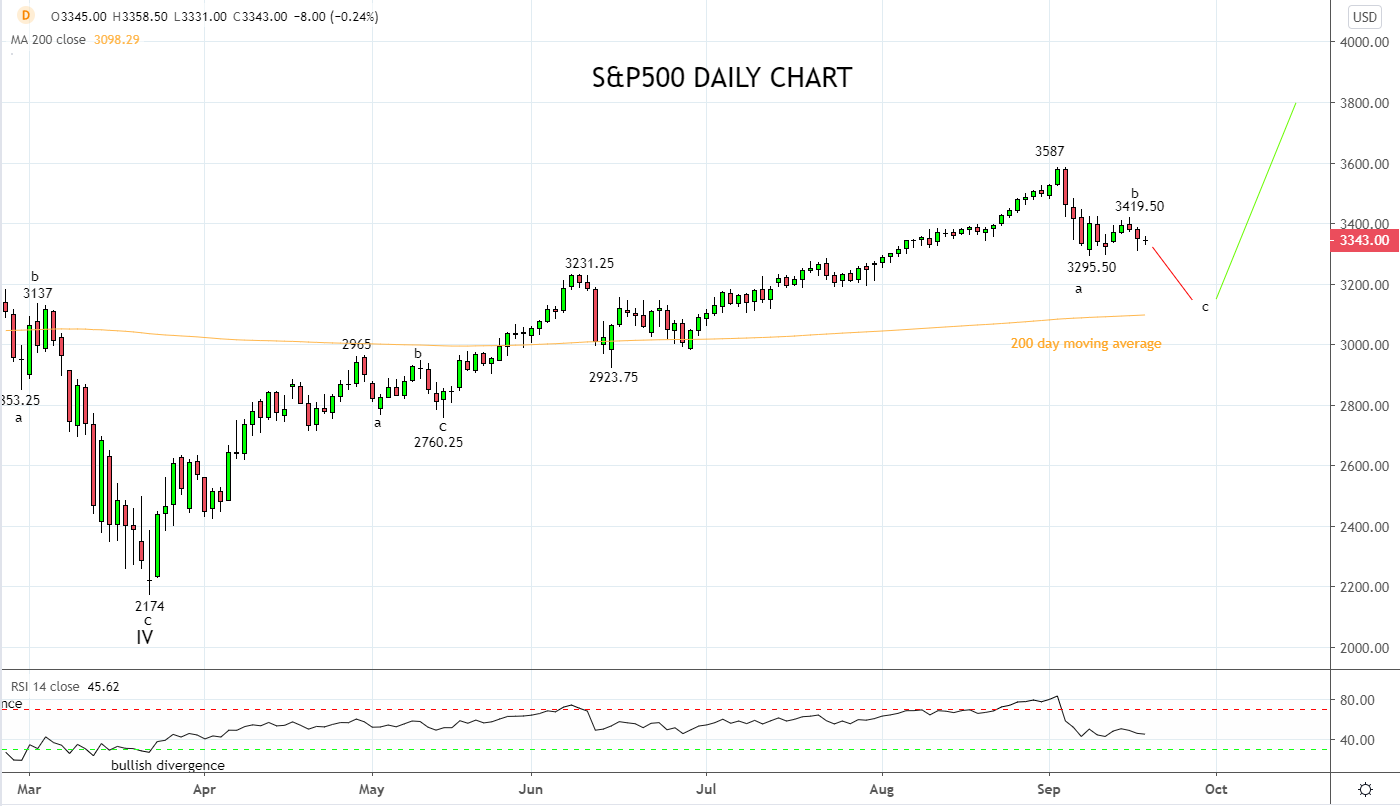 Source Tradingview. The figures stated areas of the 18th of September 2020. Past performance is not a reliable indicator of future performance.  This report does not contain and is not to be taken as containing any financial product advice or financial product recommendation